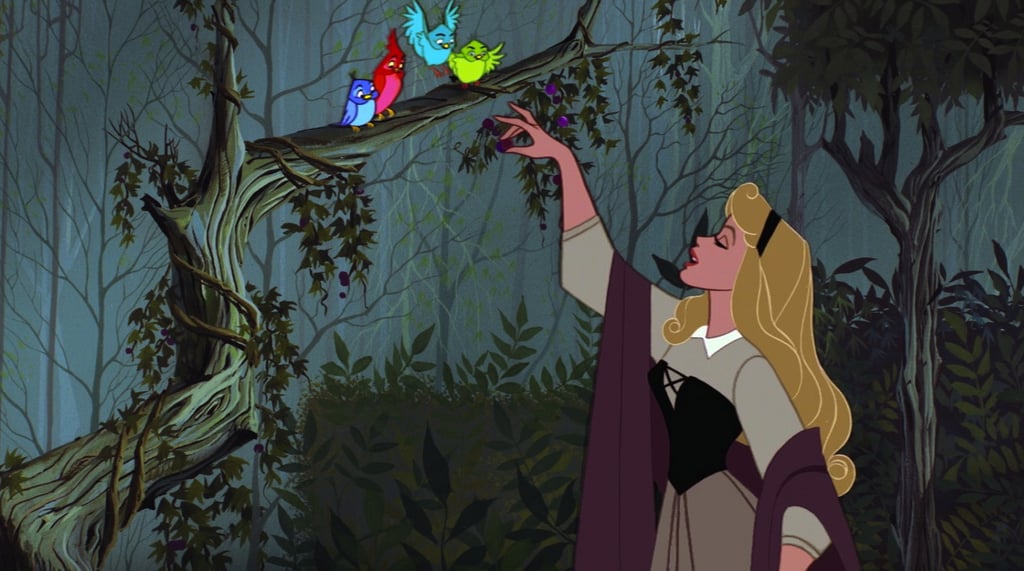 Disney's animated film Sleeping Beauty was the last fairy tale produced by Walt Disney before his death. Due to the movie's poor box office numbers, the studio's next Disney princess film wasn't until The Little Mermaid in 1989.

The princess's name is Aurora, the same as in Tchaikovsky's ballet. And this film introduces Disney's most evil villain, Maleficent (derived from a Latin word meaning "harmfully malicious"), who famously transforms into a dragon during the climax of the story.

Halloween
Disney's Haunted Mansion Crocs Are So Extra It's Scary, So Naturally, We Need Them
by Kathryn Mayer 1 hour ago

Summer Fashion
Nobody Puts Baby in a Corner — in Fact, Her Whole Wardrobe Belongs in the Spotlight
by Sarah Wasilak 1 day ago