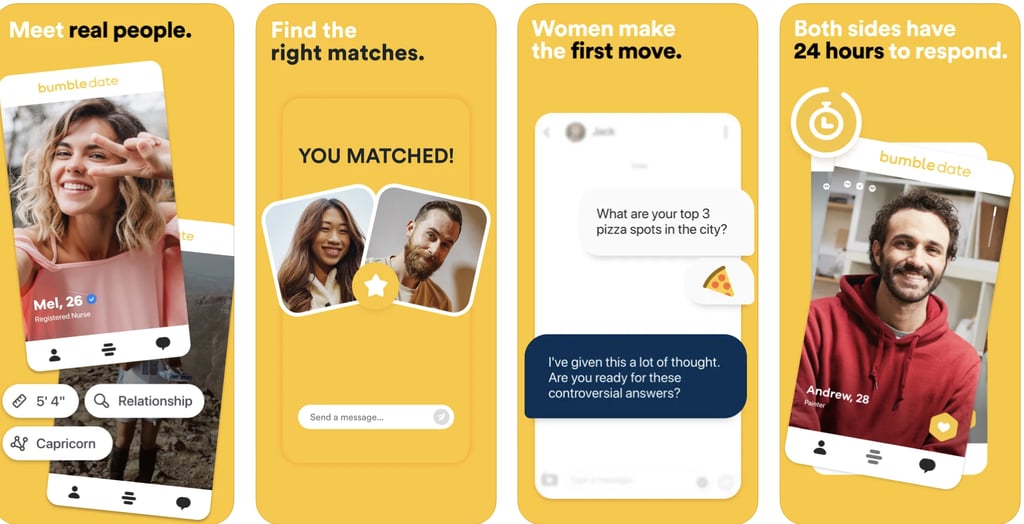 Bumble poses a structural problem for nonbinary peeps: it's designed on the basis that "women message first." On the surface this seems fine, but what does that mean if you're nonbinary? Generally, it still suggests I message first, which feels disingenuous and starts the whole thing off on an awkward foot. I dislike the predication on a binary system.