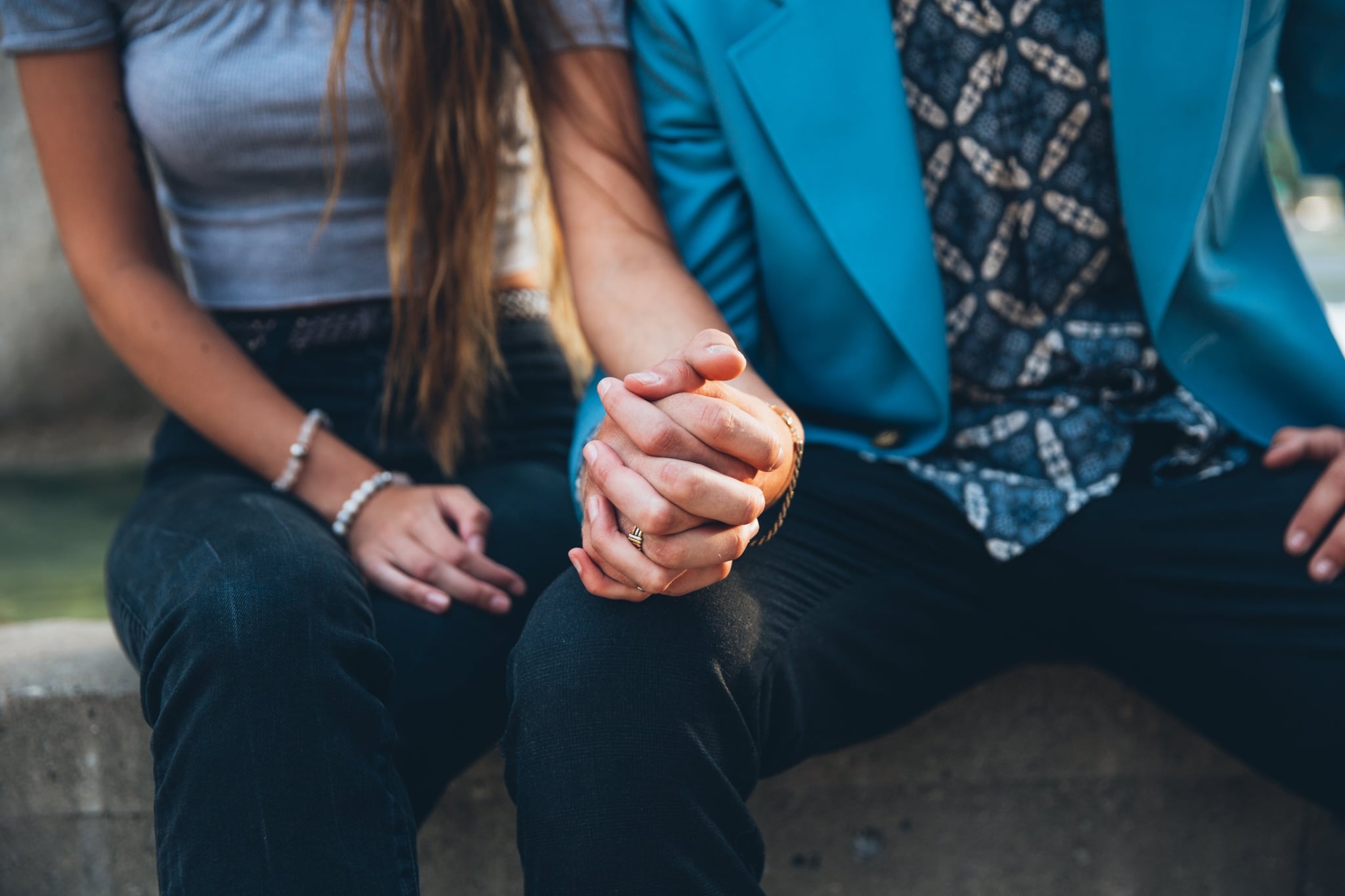 Let's be honest — dating is hard. Even with countless dating apps to choose from, meeting someone you actually like is still pretty rare. And trying to navigate through the already complicated dating world gets even more complicated when you're living with depression.

Depression affects more than 17 million adults in the United States each year. Allowing yourself to be vulnerable and to risk disappointment is already scary, so imagine doing that while living with a condition that makes you question your self worth. People who don't suffer from depression might have a hard time understanding those of us that do, and talking about it more openly helps shed light on some of these realities that come with dating while depressed.

The stigma against depression might make it hard for people to put themselves out there.

When my mother came to visit me over Christmas, I excitedly told her about a man I had recently started seeing. She listened intently to my gushing, then matter of factly said, "Try not to bother him with your problems too much, OK?" Through the years, I had gotten used to her attitude towards "my problems," aka my depression, but it stung to hear her imply that my illness deemed me unloveable. While my mother's beliefs about mental health are not universal, over the years, I've encountered many who thought depression equaled solitude. Yes, there's an increased awareness for mental illnesses — but that certainly does not mean the stigma against depression isn't a thing anymore. If you're living with depression, this stigma can make it extra hard to put yourself out there.

"Depression affects people's ability to function, which brings about a lot of shame," Gary Brown, licensed marriage and family therapist, told POPSUGAR. "Feeling shame can be a really painful experience." Negative stigma can also be a paralyzing factor for people dealing with depression, Clarisse Silva, behavioral scientist, researcher, and relationship coach, told POPSUGAR. And for Bee Poshek, a nonbinary 22-year-old, the stigma against mental illness as well as other factors in their life ended up keeping them away from dating for a while. "Being so consumed with all of the stress that came with trying to function daily with depression and anxiety and not having positive representations of healthy romantic and sexual relationships made for a pretty intense fear of intimacy," Poshek told POPSUGAR.

Depression is an illness that affects your ability to function. Therefore, actually showing up for plans you made with not just a significant other but anyone can become a problem. "Depressed people require more mental preparation than non-depressed people," continued Silva. "You must keep in mind that sometimes they will alter plans unexpectedly, simply because they just don't feel like they can do it that day. They have intentions of meeting with you but want to present their best selves, as we all do."

I have very high-functioning depression, so luckily it hasn't happened that often where I've had to cancel plans. And yet, in the couple incidents when I did cancel because of my depression, I couldn't help but feel like that was yet another thing depression was cheating me out of.

Depression ends up affecting problems in a relationship.

Conflicts in a relationship are never fun. While there's no such thing as a perfect, conflict-free union, depression can make problems in a relationship seem bigger than they are and, thus, harder to handle. "Symptoms of depression can be exacerbated by the experience of emotional confrontation and arguing," Silva explained. "They have difficulty moderating between the argument and the negative view of themselves and their circumstances. An argument can be a reminder of either situation that creates depressive symptoms or reinforces their negative evaluation of the circumstances in their lives."

She adds that because depression makes people seek thoughts that affirm the negative and distorts the positive, relationship dissatisfaction and arguing may not be approached as constructive when one of the partners is living with depression. "A person experiencing depression will read into what is said, take it deeply personally, and analyze it for hours until it confirms negative things they think about themselves," Silva explained.

And she's right. Last Spring, I was having a minor conflict with a boyfriend. We had just started seeing each other, and I wasn't yet secure in the relationship. We argued briefly over text, he stopped responding, and until he eventually did (with an apology) the next day, I was unable to leave my bed. Not every conflict produces such a dire response, but knowing that it might, I began to dread arguments over the years.

Communication becomes more important than ever.

When you're living with an illness like depression, self-awareness and communication are key to keeping your relationship alive and healthy. According to Dr. Brown, dating while living with depression requires a certain self-awareness, and the more you educate your partner and yourself about your illness, the better.

Natalie Torturro, a 25-year-old bisexual woman who has been with her current boyfriend for almost five years, says that communication was key to the survival of her relationship. "My depression was a hurdle for our relationship, for sure," she told POPSUGAR. "It was tough to discuss at first, and whenever I had my first really depressive episode, he didn't know how to approach my constant crying and wallowing. In the past, I have had some unhealthy relationships partly due to how my depression was addressed in them. In this one, I decided I needed to consistently be open with my feelings and state my needs. When I was feeling this way, I tried my best to tell him how he could help me through my anxiety attacks and depressed mood. So, he always took care to comfort me. And throughout the years, we learned how to work together to best address my anxiety attacks, and we can balance each other's needs."