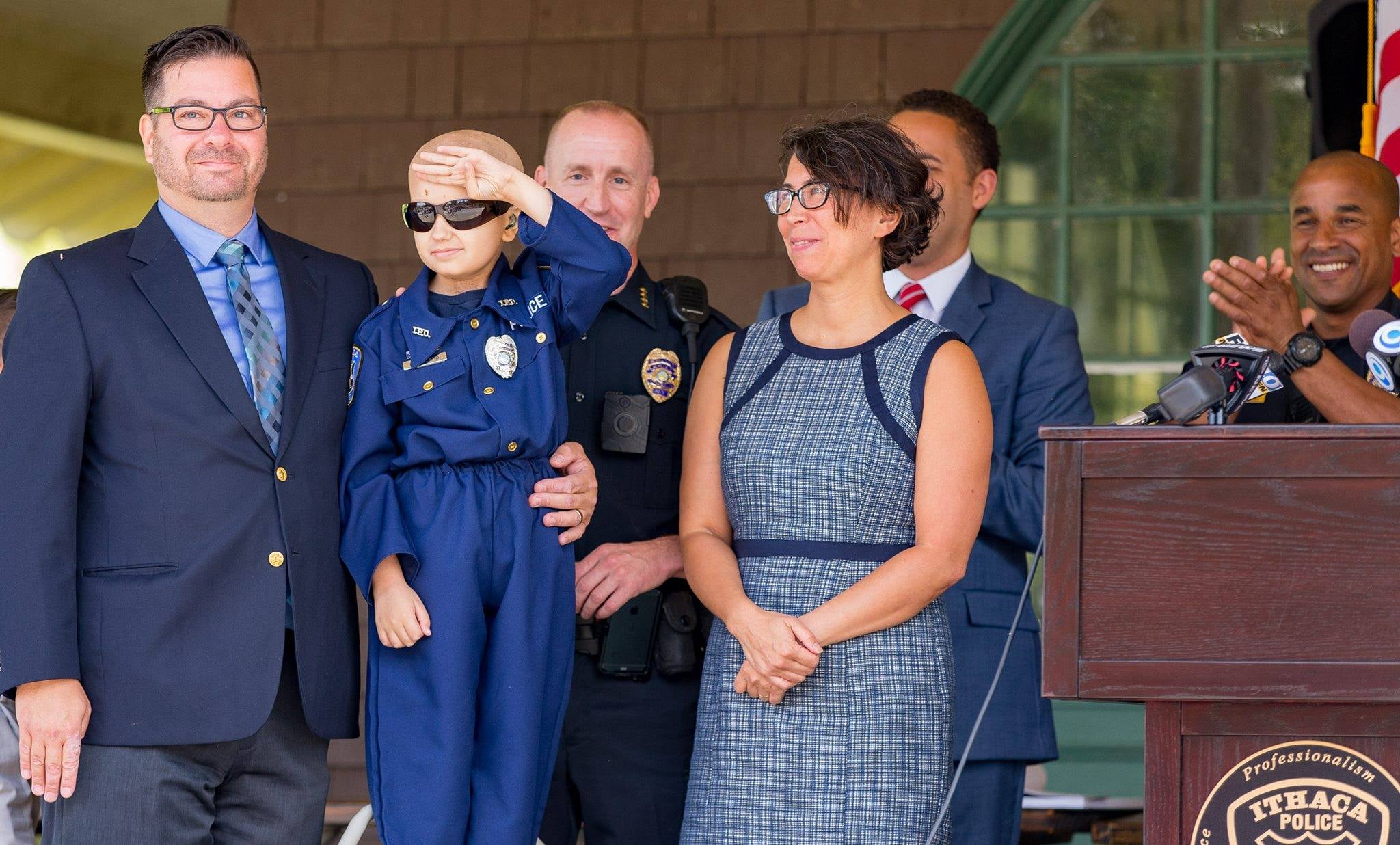 It's impossible not to get emotional when you see this 9-year-old boy being sworn in as an honorary police officer. Colin Hayward Toland has been battling brain cancer since he was 2 years old, according to ABC News, and was honored by his local police department in Ithaca, NY, with a ceremony on Monday. He was joined by his 12-year-old brother Aidan as well as about 300 other people, including 150 police officers and his entire fourth-grade class.

Colin was first diagnosed with cancer in June 2009; he underwent three brain surgeries and chemo before going into remission, but relapsed almost two years ago. He's undergone three more surgeries since then and has been in and out of hospice care for the past eight months. Given his bleak diagnosis, his father Ian Hayward told ABC the family has been doing everything they can for him, such as taking him to Hawaii and the Bahamas.

Ian said Colin wanted to become a police officer after learning about the violence toward officers over the past few months and feeling "an immense amount of empathy" toward them. Colin said he wanted to help people and read nighttime stories to inmates. During the ceremony, Colin received a badge to go with his uniform as well as a duffel bag with "Officer C. Hayward Toland" embroidered on it. (You can see dozens of photos from the event in a Facebook album posted by the Ithaca Police Department.)

"When you lose a child to this disease, the one thing I feel parents are concerned or worried about is their child being forgotten or their child being a statistic," Ian said to ABC. "Not being able to become whatever it is they wanted to become." How beautiful, then, that Colin was able to see his dream come true.

Animal Videos
Please Don't Tell My Cats, but This TikTok-Famous Monkey Is the Light of My Life
by Alessia Santoro 14 hours ago