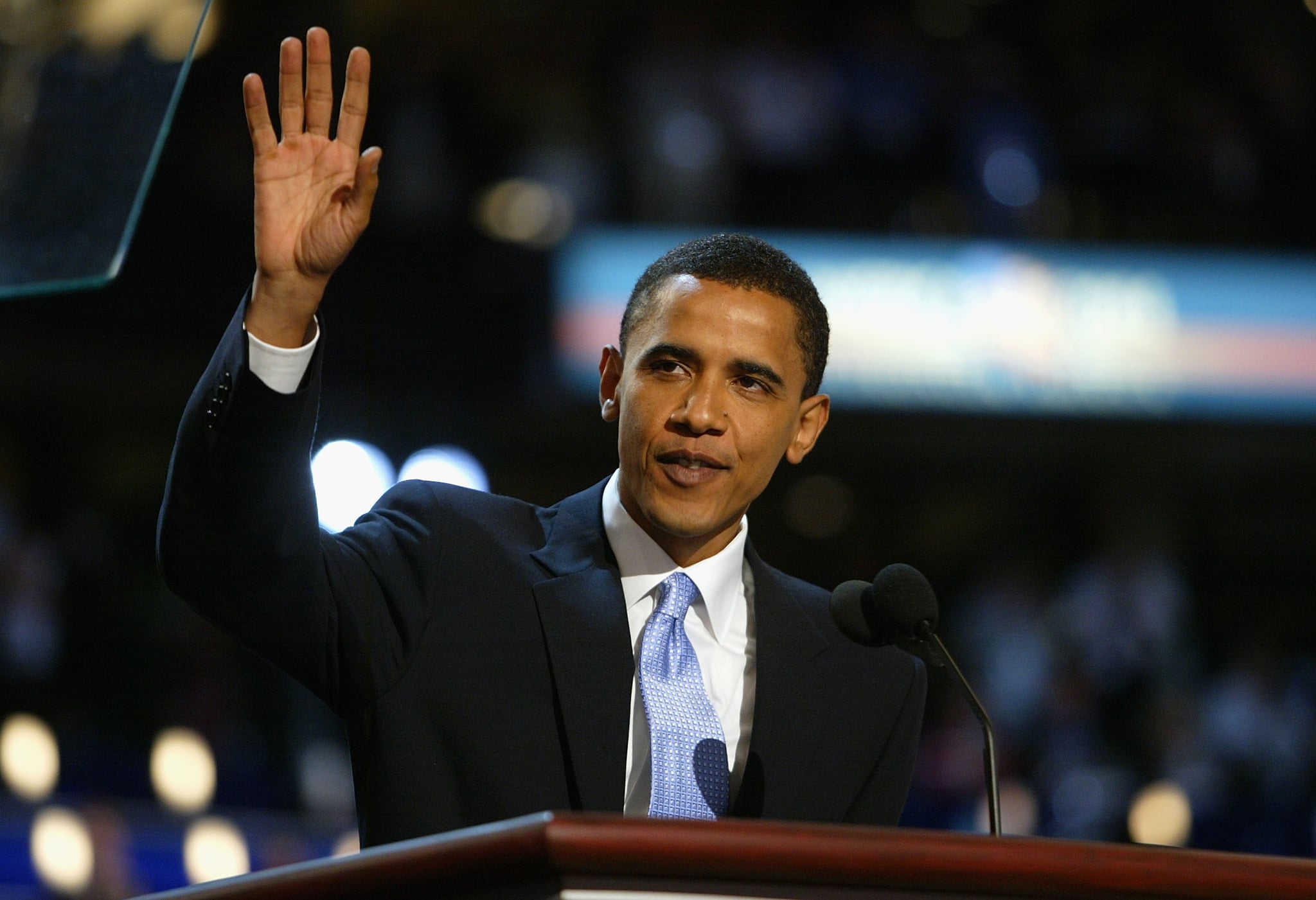 On Tuesday, July 27, 2004, Barack Obama took the stage at the Democratic National Convention in Boston to deliver the keynote address. He was just 42 and a candidate for the US Senate from Illinois. It was a night that launched him on a national stage and changed the course of American politics.

I recall the speech well. I was watching at my parents' house outside San Francisco. A week later I was leaving to study abroad in France. I remember worrying that I'd be judged or scorned abroad as an American, since I knew most French people weren't huge fans of President George W. Bush. As a college student and political science major, I was engaged in the 2004 election, but I wasn't a huge fan of John Kerry. I imagine it's how many young Bernie Sanders supporters felt about Hillary Clinton in the 2016 election. Sure, to me, Kerry was better than Bush, who had started the Iraq war and turned America into a punchline, but Kerry didn't excite me. He also voted for Iraq and just seemed to lack energy. He had my vote, but not my heart.

Then Barack Obama took the podium. He said: "Tonight is a particular honor for me because, let's face it, my presence on this stage is pretty unlikely." After sharing his life story, he went on to highlight America's greatest virtues. And he called Americans to come together with hope:

"I'm not talking about blind optimism here, the almost willful ignorance that thinks unemployment will go away if we just don't think about it, or health care crisis will solve itself if we just ignore it.

I thought, why can't he be running for president? We need people like him! His speech must have stuck with me during my semester in France, because just this past July I got a Facebook message from one of my study-abroad classmates. He wrote: "Just watching Barack's 2004 speech and thinking about you and how you exposed me to him 12 years ago."

That Facebook message put me back to that time 12 years ago, when I was 20. The wish I made watching that 2004 convention speech came true. Obama went on to win his Senate race and an unlikely bid for the presidency four years later. He essentially dominated American politics for my entire 20s. Obama learned along the way that good intentions alone could not bring together a partisan Congress, and America still faces serious economic and national security challenges after eight years of his presidency. His administration was a disappointment to many progressives. In a way, Obama's political career mirrors what happens to someone from 20 to 30. You start off optimistic, and as you get older you realize things aren't that simple. By 30, you may be more cynical, but you're also proud of your concrete accomplishments.

Obama is fighting to preserve those accomplishments now. It's a legacy both symbolic and tangible. He broke racial barriers and gave Americans an example of a strong, beautiful, and loving black family in the White House. With Obamacare, he came to the aid of Americans with preexisting conditions and also made birth control free for millions of women. He ushered in crucial changes to sentencing guidelines, a criminal justice reform that could easily be rolled back by the next attorney general. As The New York Times reports Donald Trump's presidency is a threat to some of Obama's greatest achievements.

When Obama took the stage at the 2016 DNC, it was 12 years to the day since he gave that first DNC speech. With his legacy in the balance, he told Americans: "Don't boo — vote!" Unfortunately for Obama and his supporters, that wasn't enough to stop Donald Trump.

The Obama years are coming to an end, but Obama isn't going anywhere. In his farewell address, he said: "I won't stop. In fact, I will be right there with you as a citizen for all my remaining days." America is lucky for that.

Skin Care
I Got a Professional Facial Reading, and Now I Finally See the Beauty in My Features
by Jessica Diaz 4 days ago