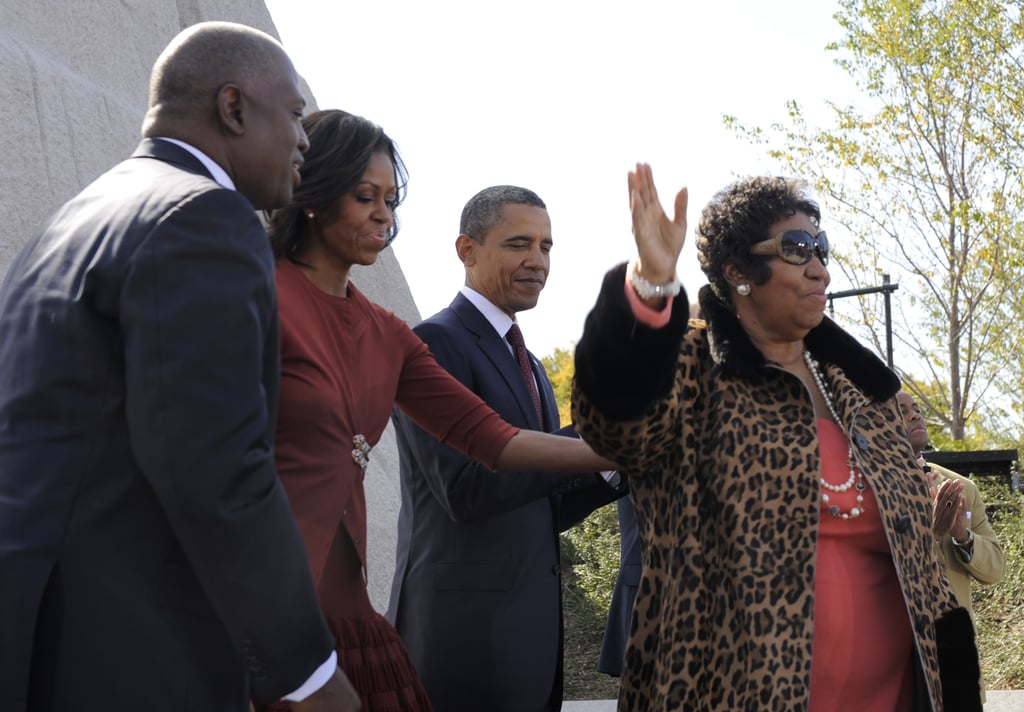 The Obamas and Franklin

Close your eyes and imagine we're at Barack Obama's first presidential inauguration in 2009. Aretha Franklin is performing, and America is collectively in awe to be witnessing such a groundbreaking moment in our nation's history. Obama and Franklin's connection only strengthened over the next few years, and they clearly had the utmost respect for one another. Following the sad news of Franklin's death on Aug. 16, both Barack and Michelle Obama spoke out about the 76-year-old legend's impact on the world and why she meant so much to the former first couple.

"Aretha helped define the American experience," the Obamas said in a statement. "In her voice, we could feel our history, all of it and in every shade — our power and our pain, our darkness and our light, our quest for redemption and our hard-won respect. She helped us feel more connected to each other, more hopeful, more human. And sometimes she helped us just forget about everything else and dance."

In addition to her musical feats, Franklin was truly an icon for civil rights and feminism. Her music inspired both movements greatly, and not only did she support activists personally, but she also financially supported the ACLU "and made sure black women wouldn't be ignored."

While many celebrities have mourned Franklin's death, the Obamas' connection to the Queen of Soul takes us back to 2008, when then-Senator Obama was campaigning in Franklin's hometown of Detroit and decided to grab the mic and sing her hit "Chain of Fools." With Franklin in the crowd, it was one of the many unforgettable moments between the two. Read on to see more moments like this and the sweet bond that Obama and Franklin shared.