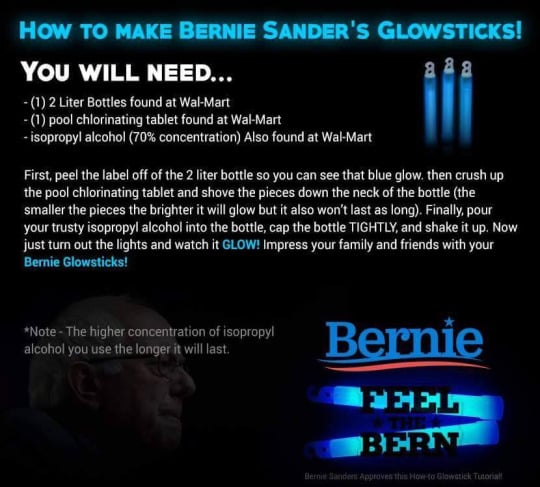 Bernie Sanders supporters, beware. A meme has been going around sites like Tumblr and Reddit telling you how to make Sanders glow sticks — but in reality, it's a recipe for a bomb.

The instructions tell you to combine a pool-chlorinating tablet with isopropyl alcohol. As many people — like this DeviantArt user — are now pointing out, this is a dangeous, even deadly, formula for an explosive.

It's hard to pinpoint the exact origin of the meme, but one of the first posts about it, discovered by Snopes.com, was on the /pol/ section of the website 4chan in March 2016.

Joe Biden
Take a Tour of Biden's Transformed Oval Office, and Learn More About Its Symbolic Decor
by Kelsey Garcia 4 days ago