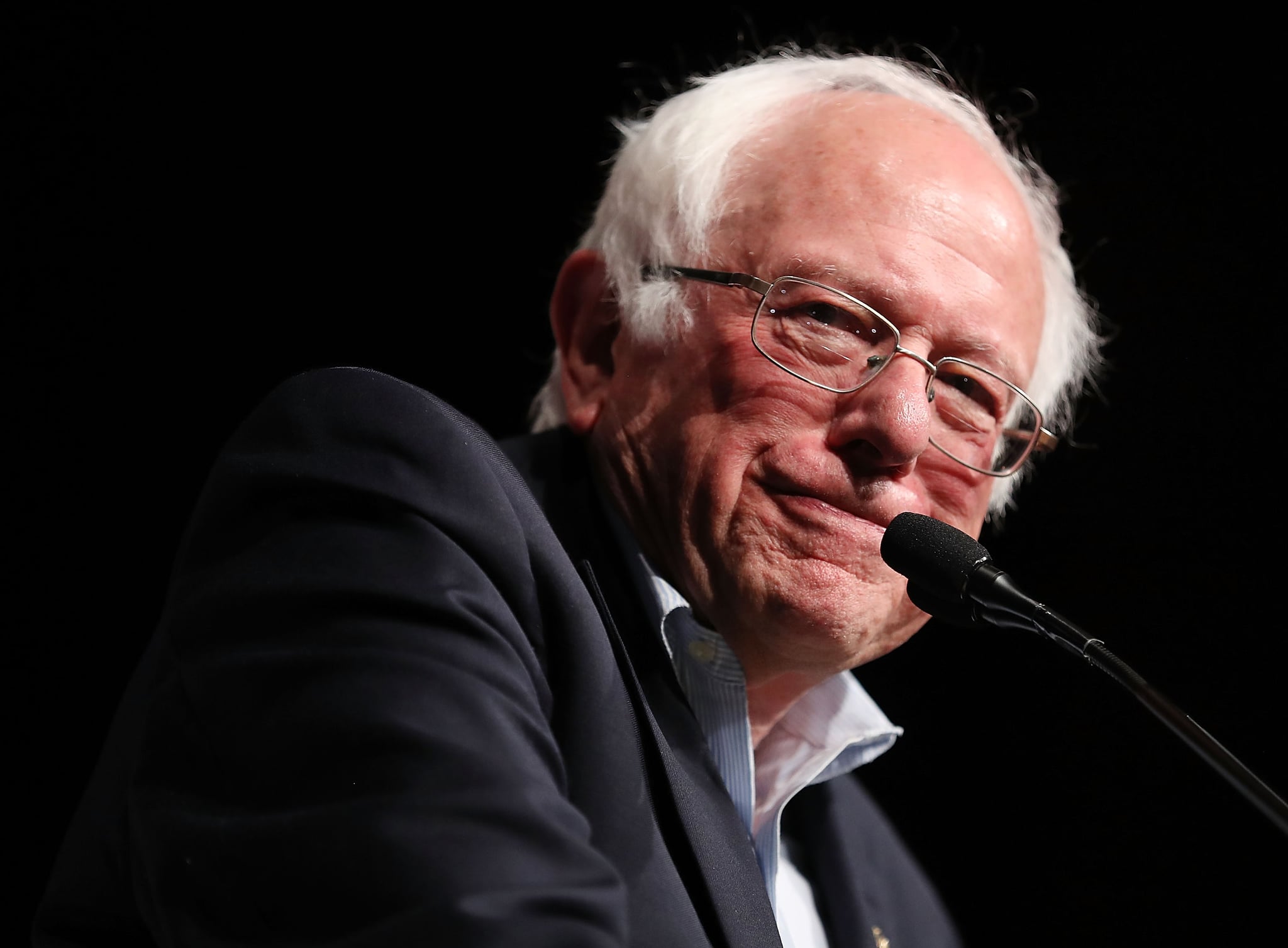 Bernie Sanders (and most likely his social media team), have recently landed a streak of slam dunks on President Trump. All of Sanders' criticisms share a single theme: the Trump-led GOP assault on social welfare. Beginning on May 22, Sanders's shared a grim, but nonetheless slightly amusing, take on Trump's flip-flopping.

What I really like about Mr. Trump is how true to his word he always is. pic.twitter.com/5OsgGtBXDR

"What I really like about Mr. Trump is how true to his word he always is," Sanders ironically captioned two screenshots demonstrating Trump's lying habit. In the first screenshot, Trump claimed he was "the first & only potential GOP candidate to state there will be no cuts to Social Security, Medicare & Medicaid." The second screenshot is quite the juxtaposition: a CNN headline revealing Trump's budget will cut $800 billion from Medicaid.

Sanders followed up with sharp criticisms of Trump's budget following its release on May 23. Ahead are a few of Sanders's standout checks on the proposed budget slash.

It’s incomprehensible that Trump would propose a budget that gives $353 billion in tax breaks to the top .2% while slashing Meals on Wheels.

Trump’s budget says if you’re a Trump you get up to a $4 billion tax break, but if you’re working class you could lose your health care.

It’s a disgrace that Trump would give billions in tax cuts to the 1% and make huge cuts to programs for the elderly, children, sick & poor.

In an interview with German newspaper Die Zeit on May 23, Sanders's criticisms are directed more at the Republican party as a whole. "The Republican Party is really right-wing extremist," Sanders told the newspaper according to a Google translation. "I can only say to our European friends that we are working 24 hours a day, seven days a week, to give this man a strong opposition. I think we are making progress."