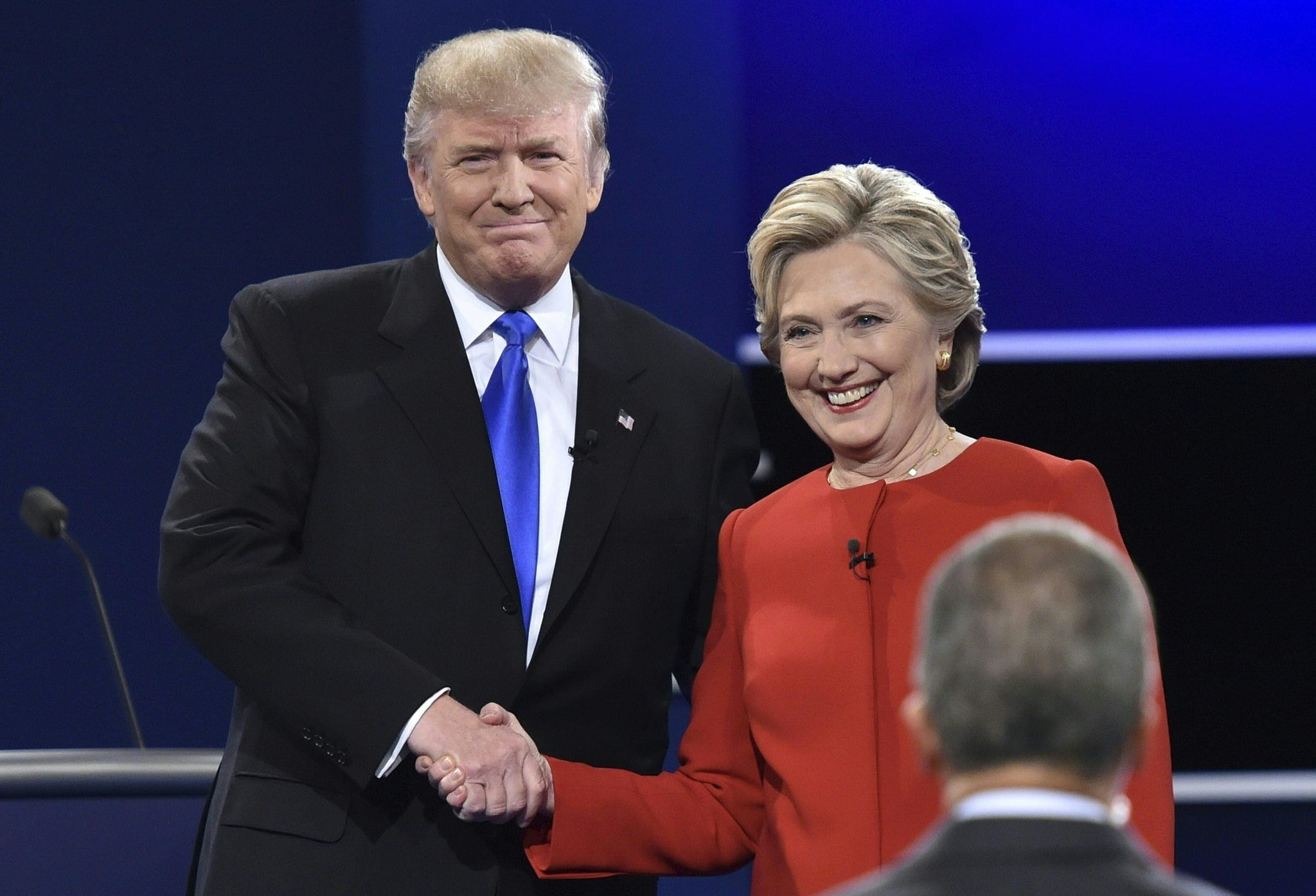 Hillary Clinton and Donald Trump are debating each other this evening, the first of three meetings between the Democratic and Republican candidates. As always, social media is ripe with hilarious commentary. Here are the best tweets from the debate so far.

a bit early to tell, but it's looking like rubio will have a robust third place finish

"Haven't seen you since the wedding!"

This is just like the moon landing, in that the government will also deny that space aliens were involved

Just grabbed some milk from the fridge and sure enough @LesterHoltNBC's picture is on the side of the carton.

So far, the debate could be renamed: @HillaryClinton 's plan for America, commented by @realDonaldTrump. #debatenight

donald trump: I didn't say that