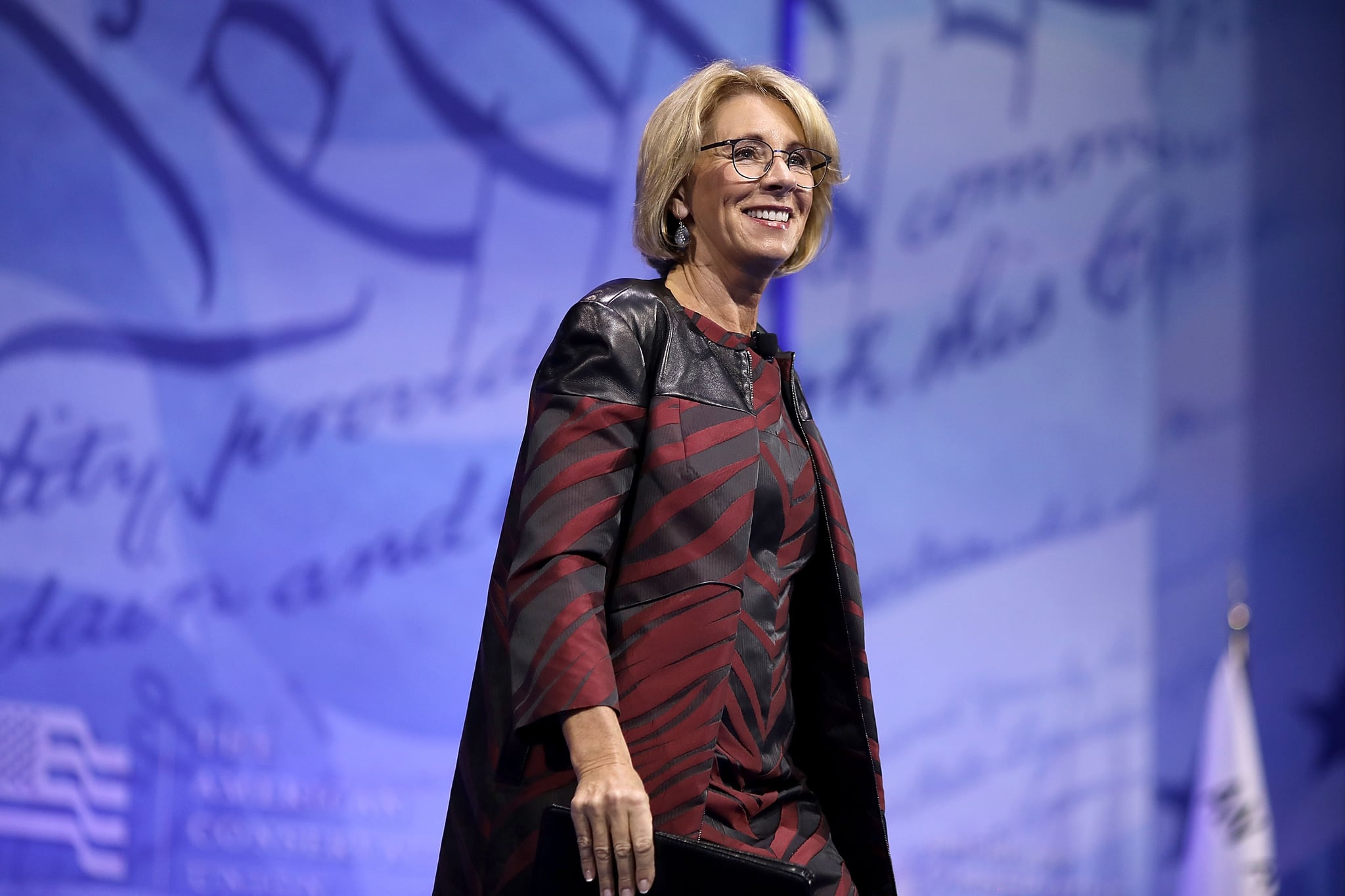 On March 29, Betsy DeVos addressed researchers at Brookings Institution on the topic of school choice. In her speech, the education secretary used an analogy comparing school choice to picking between Uber, Lyft, or regular taxis. Her out-of-touch remark seemed to reveal a stunning lack of knowledge about the economic realities many Americans face and every child's right to a free education. No wonder it has since gone viral.

In her speech, DeVos said,

"Let me offer this example from a different part of our daily lives. How many of you got here today in an Uber, or Lyft, or another ridesharing service? Did you choose that because it was more convenient than hoping a taxi would drive by? Even if you didn't use a ridesharing service, I'm sure most of you at least have the app on your phone. Just as the traditional taxi system revolted against ridesharing, so too does the education establishment feel threatened by the rise of school choice. In both cases, the entrenched status quo has resisted models that empower individuals. Nobody mandates that you take an Uber over a taxi, nor should they. But if you think ridesharing is the best option for you, the government shouldn't get in your way."

As someone in favor of school choice, DeVos believes that federal funds should support private and charter schools — in addition to public schools — so that parents have more options. One major issue critics cite, however, is that school choice typically makes privatized institutions stronger, leaving public schools and their students in the lurch.

Following her speech, many online immediately commented on how out of touch her comments were. Read some impassioned responses, below.

what poor soul gets to explain buses to betsy devos https://t.co/EVTISlmfgG

An education isn't something you shop for, shouldn't be limited to your purchasing power, should be A PUBLIC GOOD. https://t.co/FXvMjF1LAJ

Sec of Education Betsy DeVos says picking a school should be like choosing bt. Uber, Lyft and a taxi. pic.twitter.com/U9LQrwNSee

Olympics
The US Announces a Diplomatic Boycott of the Beijing Olympics: "It Cannot Be Business as Usual"
by Kelsey Garcia 10 hours ago