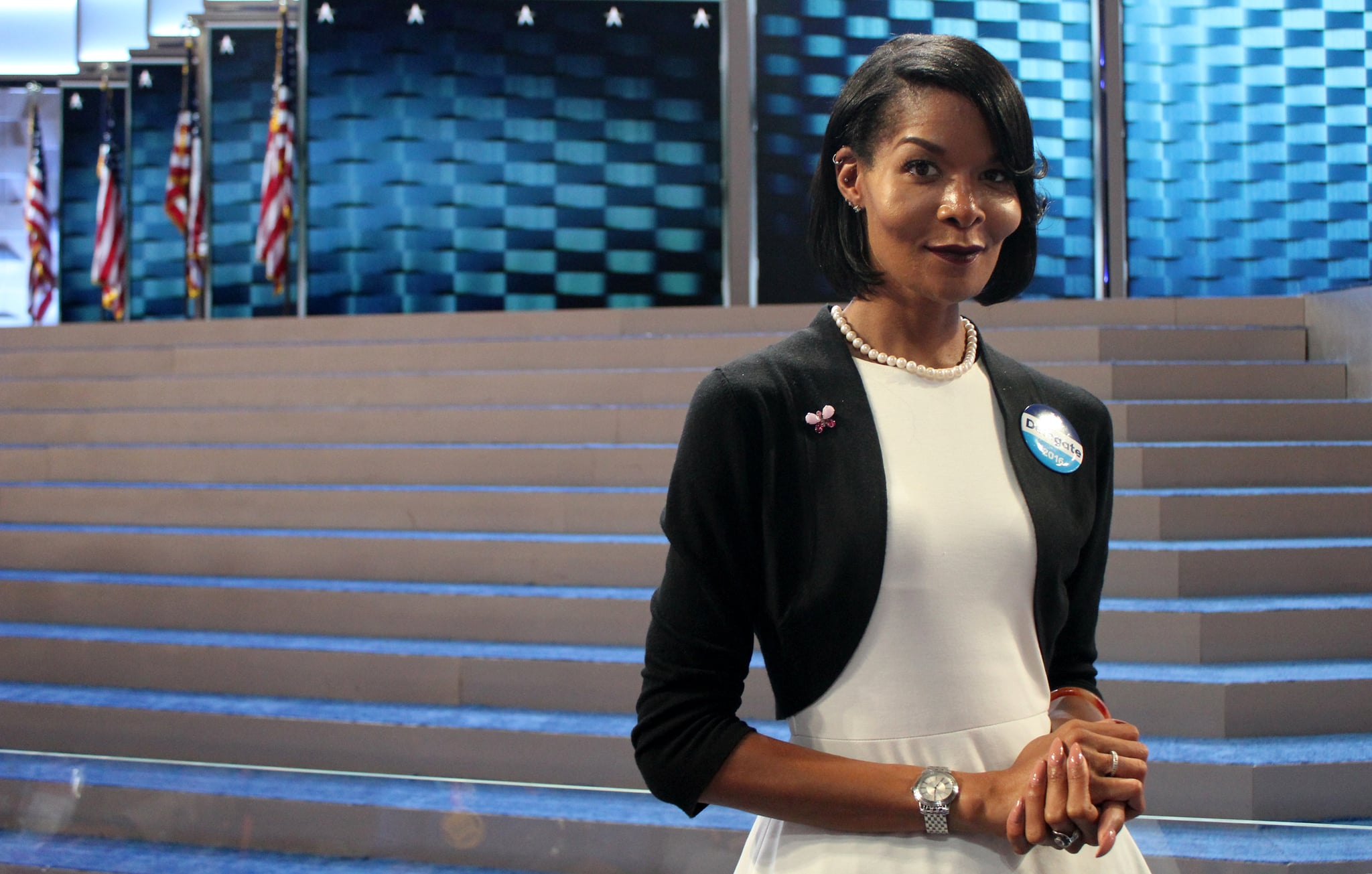 For many people, being at the Democratic Convention is a major deal. But it holds even more significance for Sharron Cooks, the only black transgender woman delegate at the convention.

"I'm very proud and honored to be representing the trans community and it's a privilege to be a part of this process," she said. "It's a really big deal to be here on a national platform."

Cooks, age 38, lives in Philadelphia where the convention is being held and was chosen by the Pennsylvania Democratic LGBT group to represent the state of Pennsylvania in voting for Hillary Clinton.

For Cooks, supporting Hillary Clinton and the Democratic party is an easy choice. "She's a firm supporter of workers' rights, LGBT rights, and women's rights," she said, noting that the Democrats just unveiled what's been called the most pro-LGBT platform ever that includes nondiscrimination legislation and condemns violence against transgender people.

She runs an organization called Making Our Lives Easier, which offers resources to underrepresented communities through activism, community organizing, and advising. So aside from supporting Clinton, she's at the DNC so she can inspire other trans people to join the political process. "It's important because we don't hear the voices of people like trans individuals in the community, and if legislators don't hear their voices, we won't have proper public accommodations or state and federal legislation that stands against trans discrimination."

Throughout the DNC, all-gender restrooms can be found.

You know you're at the #DNC when ... #DemsInPhilly pic.twitter.com/dB4xJOXOd7

Cooks says they're important, but called the current fight against them throughout different states a distraction from the larger issue. "Trans people have been using the bathrooms that they identify with since the beginning of time, so I just think that it is a tactic that is being used by some people to deflect from the real issues that we need to be dealing with, such as job discrimination and equal opportunity and giving trans individuals opportunities to be educated and put in positions of leadership."

As for the recent anti-LGBT Republican platform that passed and the possibility of a Donald Trump presidency, she said, "I'd rather not give any more attention to him, but Trump is not the candidate who supports me or people like me."

Hulu
Love, Victor Season 2 Is Full of Twists, Turns, and Triangles, but Who Should Victor Choose?
by Grayson Gilcrease 3 days ago