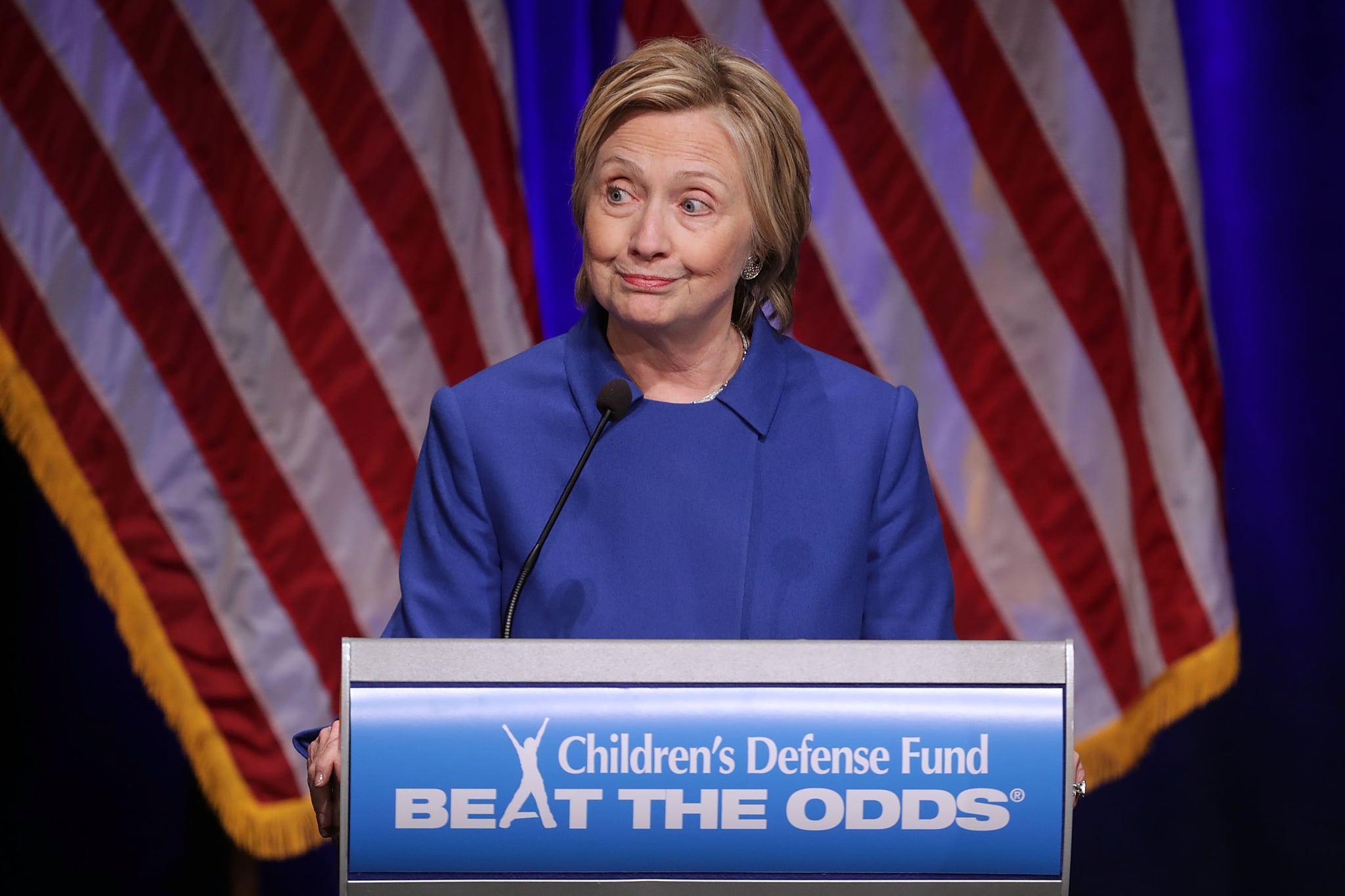 Hillary Clinton could have reason to contest the vote counts in Wisconsin, Michigan, and Pennsylvania — at least according to a group of experts and activists. After informing Clinton's former campaign chairman, John Podesta, about the possibility that electronic voting machines in these states were hacked, sources on the call shared the argument with New York Magazine.

According to the experts, Clinton received 7 percent fewer votes in Wisconsin counties that employed electronic-voting machines instead of paper ballots. During the call, the group contended that while there was no concrete evidence of hacking, the "suspicious pattern" is enough evidence to warrant an official inquiry.

This claim is significant because Clinton only lost Wisconsin by 27,000 votes — and she could be missing 30,000 votes if the theory is correct. Based on the pattern observed in Wisconsin, the experts hypothesized that the discrepancy could be present in other battleground states like Michigan and Pennsylvania.

Given the contentious nature of this election, the computer scientists' claim is generating a lot of buzz online. After the story was published on Tuesday, Alex Halderman who was one of the experts on the call with Podesta, published his own explanation of the issue on Medium.

In the post, Halderman cites the persistent cyberattacks — at the behest of Russian officials — on American voting registration systems and emails as corroboration that they could also hack voting machines. However, Halderman also says that his hypothesis could be entirely inaccurate given how polls were equally off-the-mark.

"The only way to know whether a cyberattack changed the result is to closely examine the available physical evidence," Halderman concludes, like "paper ballots and voting equipment in critical states like Wisconsin, Michigan, and Pennsylvania."

Candidates who wish to contest election results must do so state-by-state and must self-fund the recount. There are also deadlines candidates must meet for filing a recount that are rapidly approaching in Wisconsin, Michigan, and Pennsylvania. If Clinton intends to challenge the results, like Green Party candidate Jill Stein already has, she must do so soon. Neither Clinton nor Podesta have commented on the matter.

Shopping Guide
8 Best Reads From the Biden and Harris Families, From Memoirs to Children's Books
by Anvita Reddy 13 hours ago

Joe Biden
Take a Tour of Biden's Transformed Oval Office, and Learn More About Its Symbolic Decor
by Kelsey Garcia 4 days ago