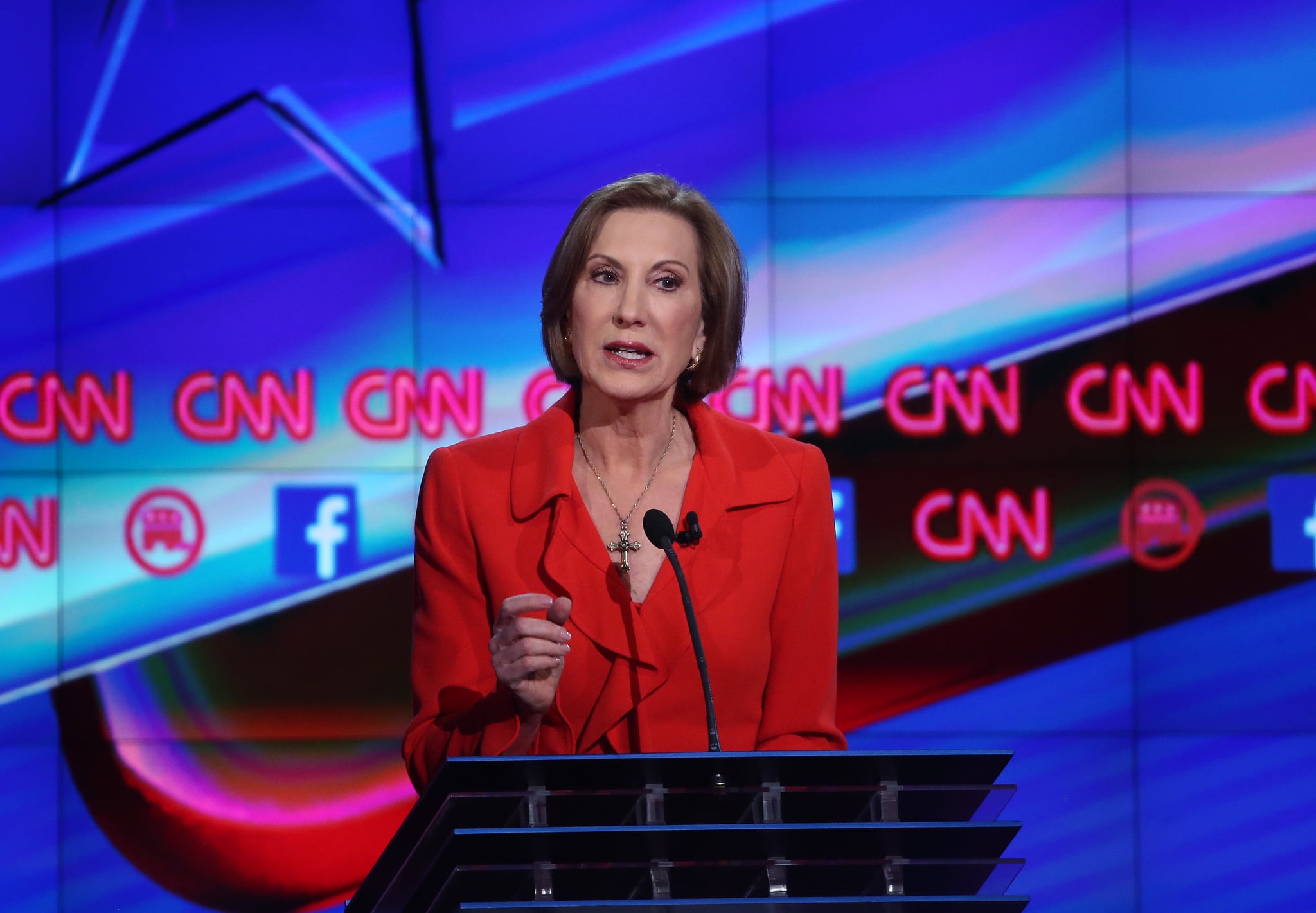 Republican presidential candidates aren't usually known for their bold accessories, but Carly Fiorina had Twitter buzzing during Tuesday's GOP debate with her statement-making necklace. The oversize cross was hard to ignore against the sea of flag pins, and quickly drew comparisons to a certain favorite vampire slayer.

Carly Fiorina accessorized this evening by the former costume designer for Buffy the Vampire Slayer. #GOPDebate

check out the cross necklace on @CarlyFiorina tonight. so 'buffy the vampire slayer' chic. #GOPDebate

That's one way to slay during a debate, we guess?