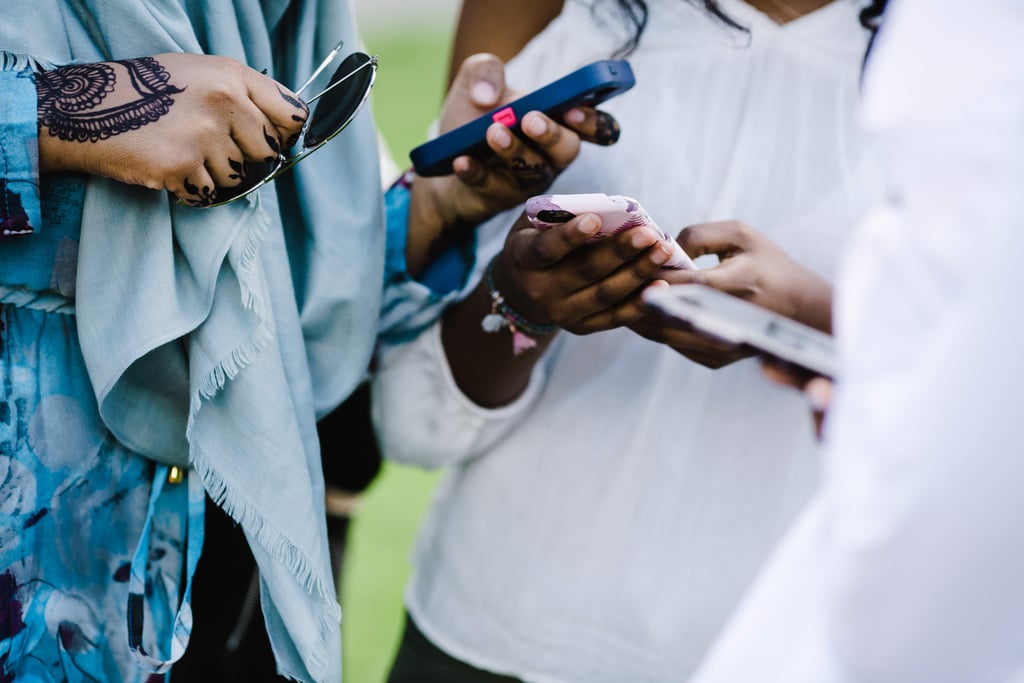 Coming out is a deeply personal event in the lives of LGBTQ+ people everywhere. Everyone has a different story — many of us even have multiple stories. After all, very few of us only need to come out once. Some never take that step. Others still wait for the perfect moment for the perfect person, or tell only the people who need to know, when they need to know. And others are using the internet to tell their truth for the first time. I'm one of them.

I came out to my parents last year on June 1 in a way I considered . . . not ideal. I regarded it as a fairly cowardly move compared to the many ways I'd shared my queerness with others before, but it was the only way I could manage to do it: I wrote a post about being afraid to come out to them, sent the link to my mom, and then hopped on a plane for a vacation in France because I'm that person.

My mom was upset, but mostly at the way I told them — "running so many miles away, then dropping a bomb, and not face to face," as she put it, which, yeah, fair. Despite that, she reassured me of her love, as always, and expressed her sadness that I didn't feel I could talk to her about it since we've always been so close. The surprise was her saying my dad "always thought it was a possibility." Whoops.

After I got back from France, I spent two hours sitting on the couch with my mom talking it through while the Giants lost to the Rockies on TV. There were tears shed on both sides, more affirmations of support, and soothing of hurt feelings. We also broke down a few misconceptions about queerness and my sexuality specifically. And that was it: I was out to all the important people in my life and, you know, even more of the internet than before.

That particular chapter of my coming out story may resonate with some in the community, since plenty of others take to the internet to do so as well. In fact, 102,632 people last year came out by way of the internet — specifically, by way of Instagram and the #ComingOut tag, according to a study by Zava shared exclusively with POPSUGAR. Data shows the use of the tag has increased by 133 percent since 2011, illustrating the growing voice of the LGBTQ+ community.

As LGBTQ+ movements gain momentum, they gain popularity — and support for changing laws and rejecting injustices. While I never posted about coming out specifically on my Instagram, the visibility of others doing so allowed me to reach out to my mom knowing I had a support system behind me. The results of the Zava study ahead illustrate exactly how big that support system really is.

Accessories
The Phluid Project Educates the World About LGBTQIA+ Pronouns, 1 Cute Tee at a Time
by Sarah Wasilak 19 hours ago