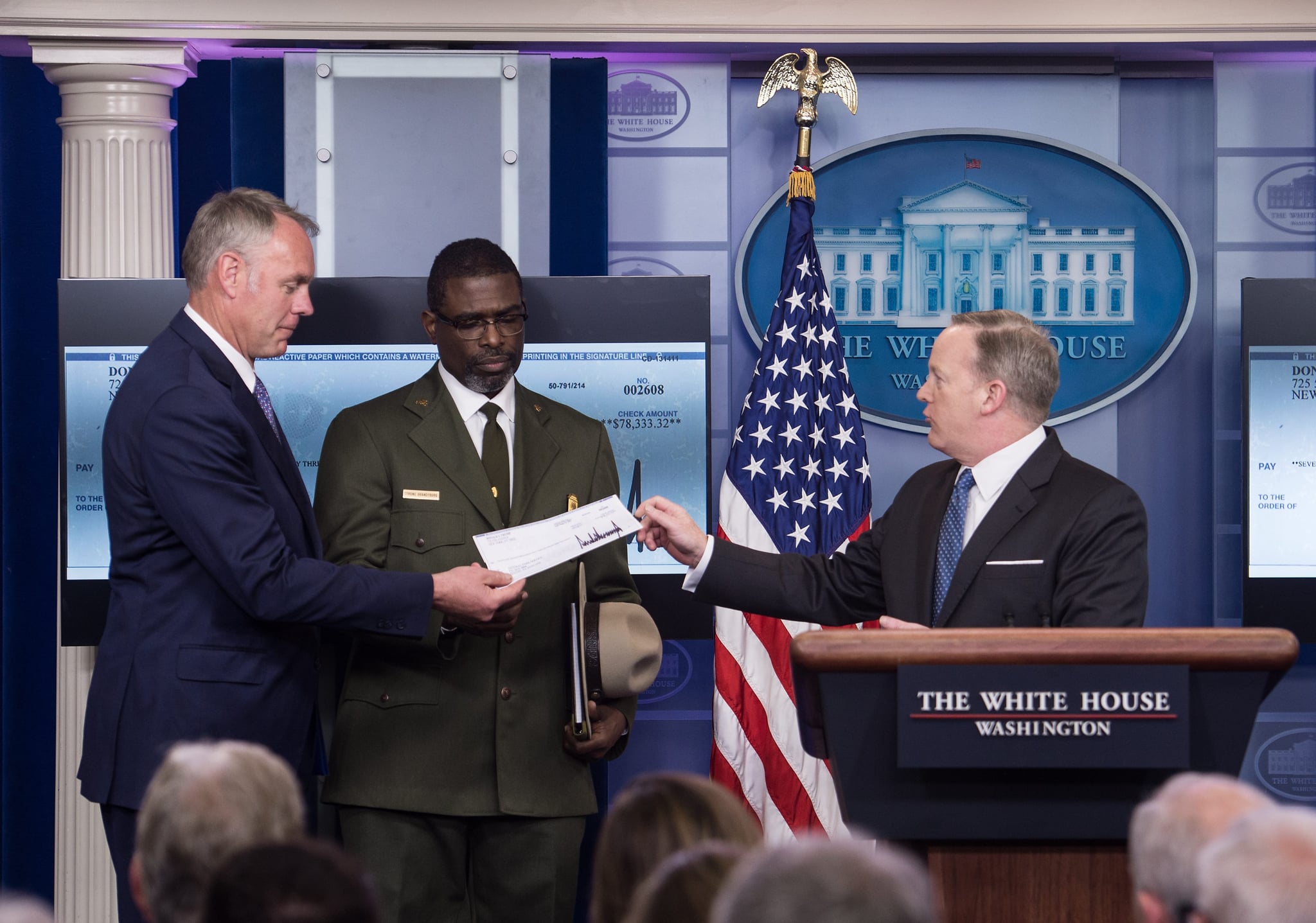 President Donald Trump must have forgotten about his very public spat with the National Parks Service over the crowd size at his inauguration, because on April 3, he donated his first quarterly salary to the department.

During a press conference, White House Press Secretary Sean Spicer made quite the show of awarding an oversize check to the NPS Interior Secretary Ryan Zinke. "The president has spoken with counsel and made the decision to donate his first-quarter salary to a government entity," Spicer said.

Zinke accepted the $78,333.32 check. The sum was a quarter of Trump's yearly salary of $400,000; throughout his campaign, Trump maintained he would not take a salary. The donation will help maintain historic battlefield sites. According to The New York Times, the check's pay period began when Trump took office on Jan. 20. It's unclear if Trump was donating an after-tax amount of his salary — since one-fourth of $400,000 would actually be $100,000 — though Spicer told reporters that it was "every penny the president received from the first quarter."

No word on which department will be the lucky winner of Trump's next check, although the president might want to consider a few that saw their budgets slashed by his own proposals.