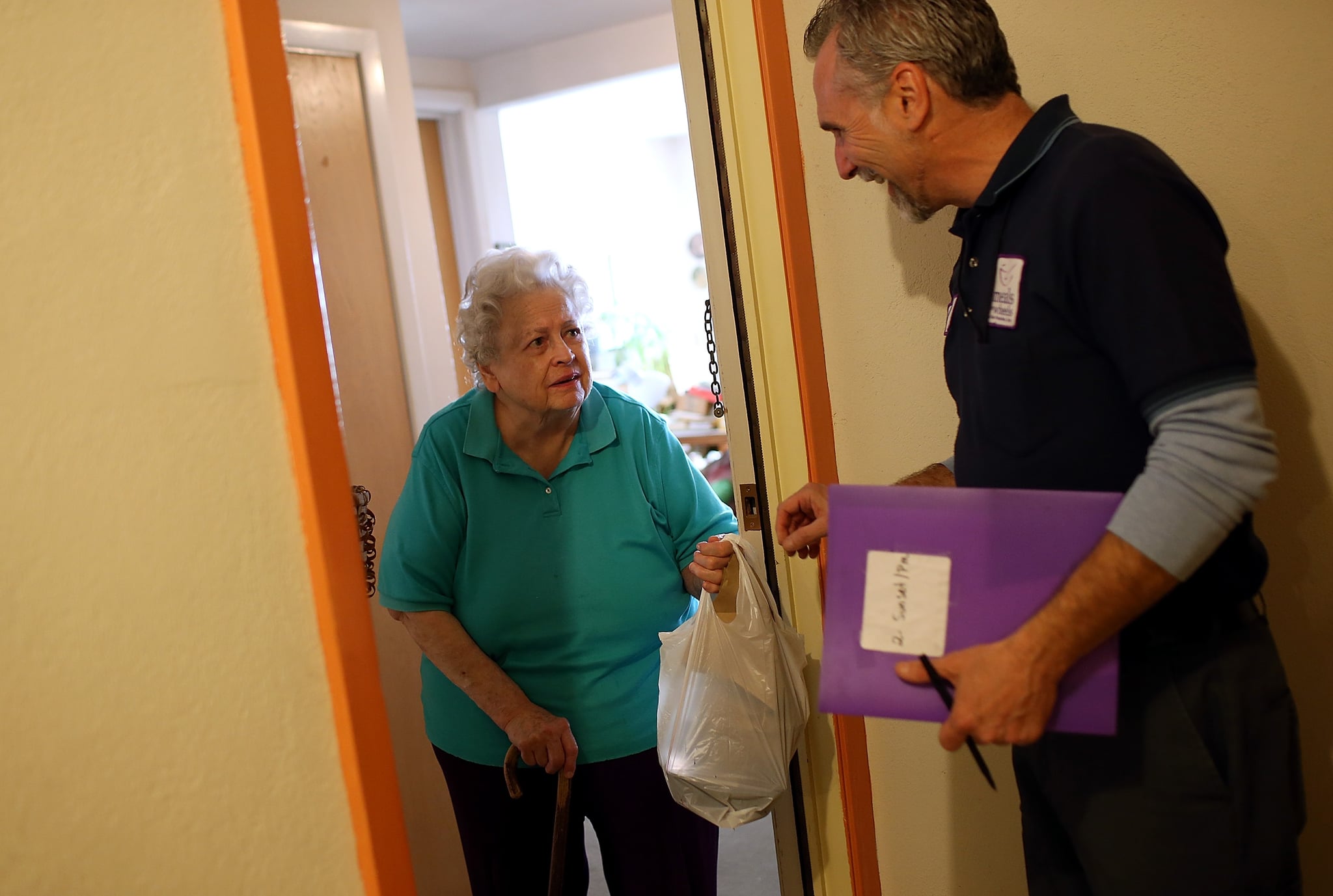 Does it strike you as compassionate to cut funding for a program that feeds the elderly in need? According to the Mick Mulvaney, the new Office of Management and Budget director, defunding Meals on Wheels to ensure tax dollars are efficiently used is "about as compassionate as you can get."

The White House is actually arguing that cutting funding for Meals on Wheels is the compassionate thing to do. Seriously. pic.twitter.com/3u6znZRrAa

During a press conference on March 16, Mulvaney presented "America First: A Budget Blueprint to Make America Great Again" — aka the president's proposed budget. CNN's Jim Acosta asked Mulvaney if Trump's budget is "hard-hearted." Mulvaney responded, "I think it's one of the most compassionate things we can do."

Mulvaney then attempted to explain how Trump's budget cuts are actually beneficial to other Americans (who aren't elderly or hungry). "We're trying to focus on both the recipients of the money and the folks that give us the money in the first place," Mulvaney said. "I think it's fairly compassionate to go to them and say 'We're not going to ask you for your hard-earned money anymore.'"

President Trump's new budget proposal would eliminate, among other programs, a $3 billion community development block grant from the Department of Housing and Urban Development that includes the Meals on Wheels program. The White House claims that the grant has "not demonstrated results."

Independent analysis indicates that the program — which feeds 2.4 million Americans annually, 500,000 of whom are veterans — is actually quite successful in keeping seniors out of the hospital. Defunding the program could reverse the "billions of dollars in reduced health care expenses" that Meals on Wheels saves, Meals on Wheels CEO Ellie Hollander told Bloomberg.

Ahead are some personal stories and reactions from people on social media who have reportedly benefited from Meals on Wheels.

Meals on Wheels is lifesaving and crucial. Here is my grandma's story: pic.twitter.com/SmNF88dMEP

.@VanJones68 talks with Meals on Wheels recipient: "Try to put yourself in my situation... how else would I eat?" https://t.co/bd7KuwNaxU

The thing about Meals on Wheels wasn't just the food. Those volunteers checked on clients, might be the only person they saw all week.

Having delivered 4 Meals on Wheels I'm livid. SO many depend on food AND the human contact. People would cry they were so happy to see you.

Took this pic 4 years ago when I was running a #MealsonWheels, or as Trump would describe it, wasting money that could be spent on a wall. pic.twitter.com/IeI7acU7PA

People also compared the cost of Meals on Wheels to how much it costs to send Trump to his golf course in Mar-a-Lago, FL, on the weekends.

How about Trump skips 2 weekends of golf at Mar a Lago and we use that 6 million dollars to fund Meals on Wheels?

Folks noting that we could pay for Meals on Wheels if only Trump nixed the Mar-a-Lago trips are missing a point. Trump *wants* to cut MoW.