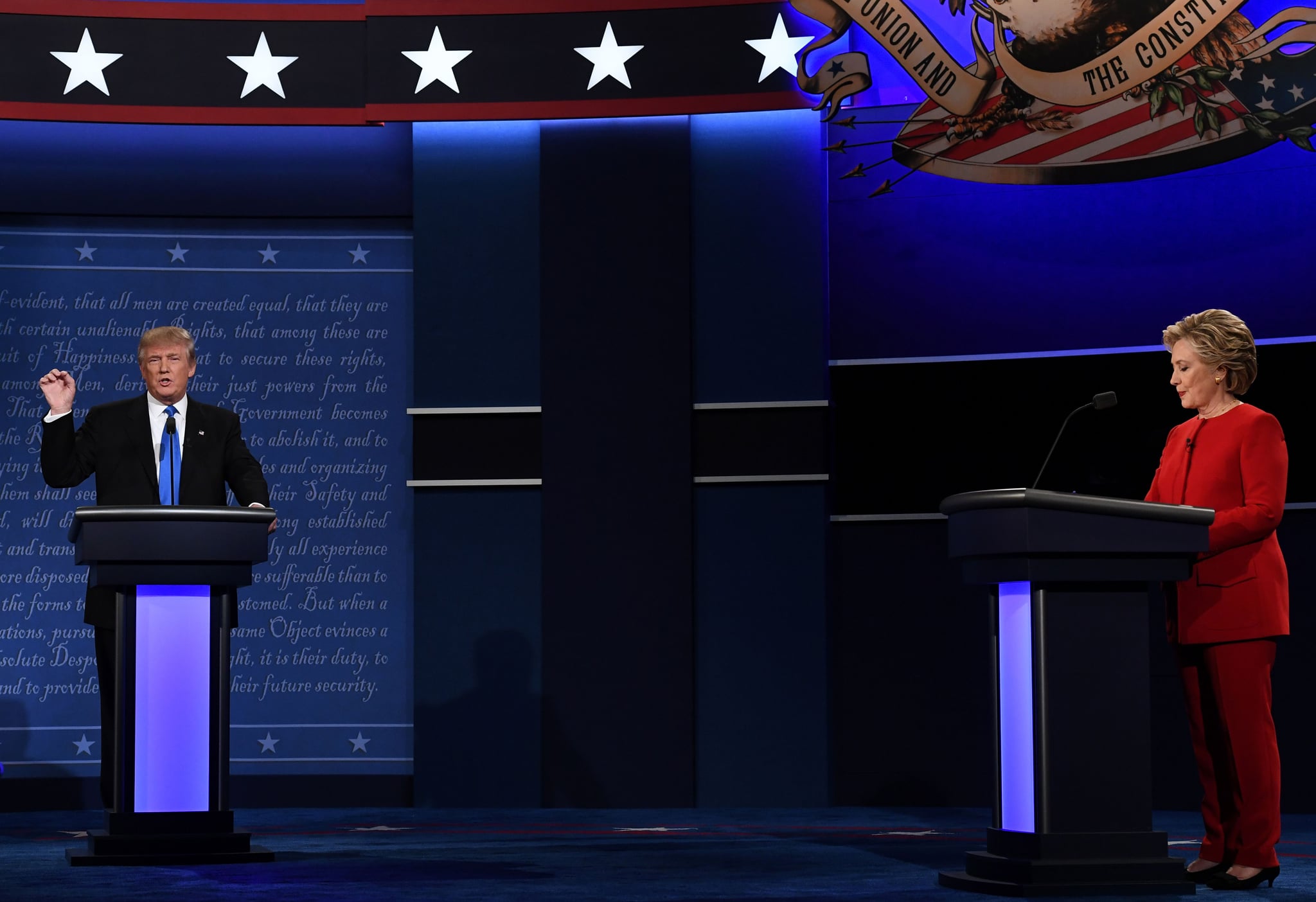 At the start of Donald Trump and Hillary Clinton's first presidential debate Monday night, the GOP nominee set Twitter abuzz when he addressed Clinton as Secretary Clinton and said, "Now, in all fairness to Secretary Clinton . . . yes? Is that okay? Good, I want you to be very happy. It's very important to me."

.@realDonaldTrump on calling @HillaryClinton "Secretary Clinton": "Is that okay?...I want you to be very happy." https://t.co/LKkNquN1Gk

Many people thought he might call her "Crooked Clinton" during the debate, the nickname he has given her throughout the campaign.

But for the most part, people thought it was condescending to speak to her in such a manner.

"Secretary Clinton, is that okay? I want you to be very happy." Trump can't go five minutes w/o being condescending misogynist #DebateNight

OMG @realDonaldTrump is so sleazy. "Secretary Clinton...is that okay?"

YES THATS HER TITLE YOU SLIMEBALL!

Trump Staff: Don't be a misogynist.@realDonaldTrump: Secretary. Is that okay with you? I just want you to be happy.#nailedit #debate2016

@MeghanSaraK The patronizing, "IS THAT OKAY? I want you to be very happy," when he called her Secretary Clinton was him taking the bait.

"Secretary Clinton, is that okay? I just want you to be happy. That's very important to me." My skin just crawled off my body.

Clinton has been calling him "Donald" throughout the debate, an apparent dig instead of calling him Mr. Trump.