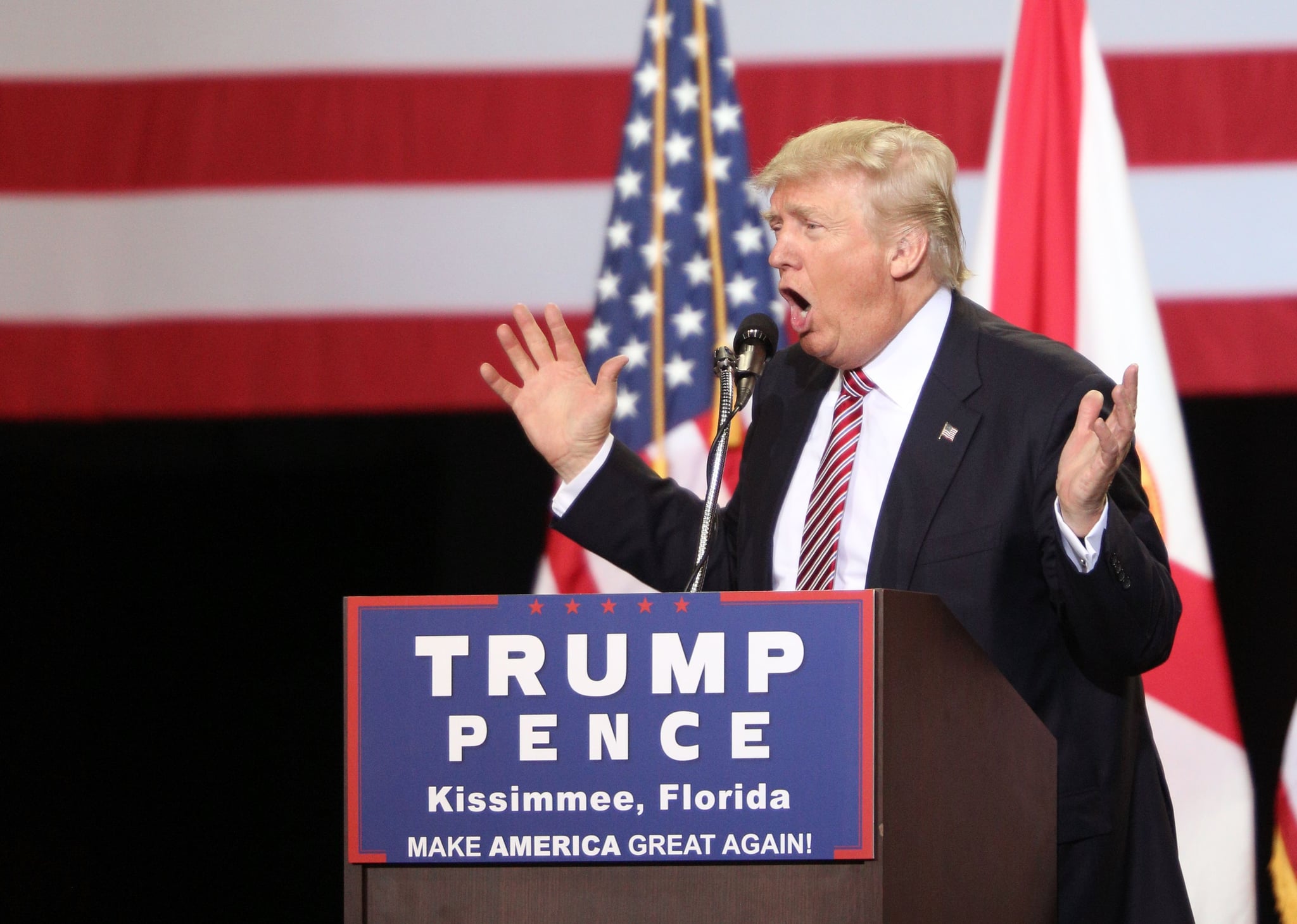 Donald Trump tried to appeal to black voters this week. But he might want to try a less offensive approach next time. Speaking in Dimondale, MI, on Friday, he fumbled his outreach, essentially insulting African American communities. He said:

In 2012, 95 percent of black voters cast a vote for President Obama, according to Gallup, and Hillary Clinton has continued to enjoy strong support. Over the past couple of days, Trump has argued that Democrats take for granted the votes of African Americans. And in a speech outside of Milwaukee, WI, on Tuesday, he even accused Clinton of "bigotry" for exploiting the community for votes.

That's a rich accusation from Trump, who took his time to renounce the support of white supremacist David Duke earlier this year. And in June, even fellow Republican Paul Ryan called Trump's comments about a judge with Mexican heritage "textbook racist."

Making disparaging and broad statements about "your schools" or "your youth" probably won't help Trump broaden his base. Then again, maybe that's not the point, considering he's making these statements at rallies mostly attended by white supporters.

.@realDonaldTrump shows how NOT TO TALK TO BLACK VOTERS. Wow. According to him MY LIFE SUCKS. I am steaming. Livid. pic.twitter.com/MzHoAHeJmr

TRUMP: "I will get over 95% of the African American vote. I promise you."

Basically, Trump's pitch to Black people is, "your lives suck, vote for me."

There’s at least one disastrous Trump comment per week. Telling all black voters that we all live in poverty and are unemployed qualifies.

So @realDonaldTrump can go all the way to suburban Michigan and Wisconsin to talk about black people but he can't take the subway to Harlem?