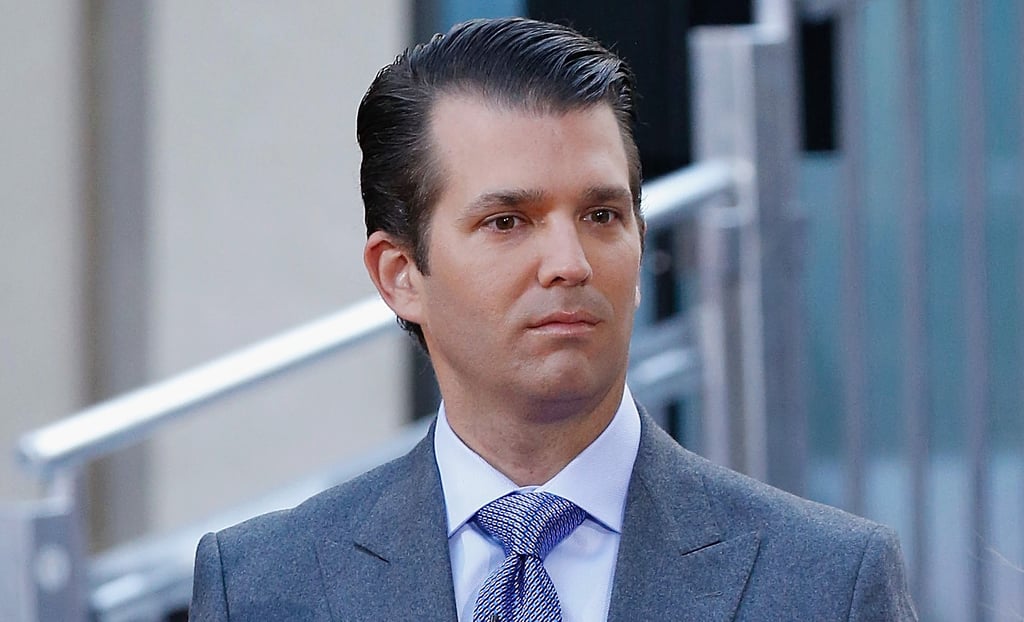 Robert Mueller and Trump Jr. Almost Had an Airport Run-In — and Now It's a Meme

On July 27, Donald Trump Jr. caught a flight out of Washington DC's Reagan National Airport . . . and so did Robert Mueller. No big deal, right? Normally, I'd say yes, but the two happened to be at the same gate — at the same time.

Politico was quick to pick up on the moment; Trump Jr. stands on the right side of the photo, apparently talking to someone in what must be a very important phone conversation, while Mueller nonchalantly reads a newspaper mere yards in front of him. Soon after the picture made the rounds, ABC News correspondent Katherine Faulders confirmed via the special counsel's office that it is indeed Mueller in the photo, and that he was not aware of Trump Jr.'s presence. Even so, the internet was quick to rattle off more than a few hilarious jokes about the potentially super awkward situation.

Relationships
Someone Made a Video Showing What Couples Are Like in Quarantine: "Get Out Right Now!"
by Chanel Vargas 22 hours ago

Etsy
This $7 Joe Exotic Crochet Kit Includes a Tiger Cub, and We Don't Really Know What to Say
by Angela Law 2 days ago

Viral Videos
Famous Work From Home Dad Returns to BBC News With His Whole Family, and It's Quality
by Murphy Moroney 4 days ago