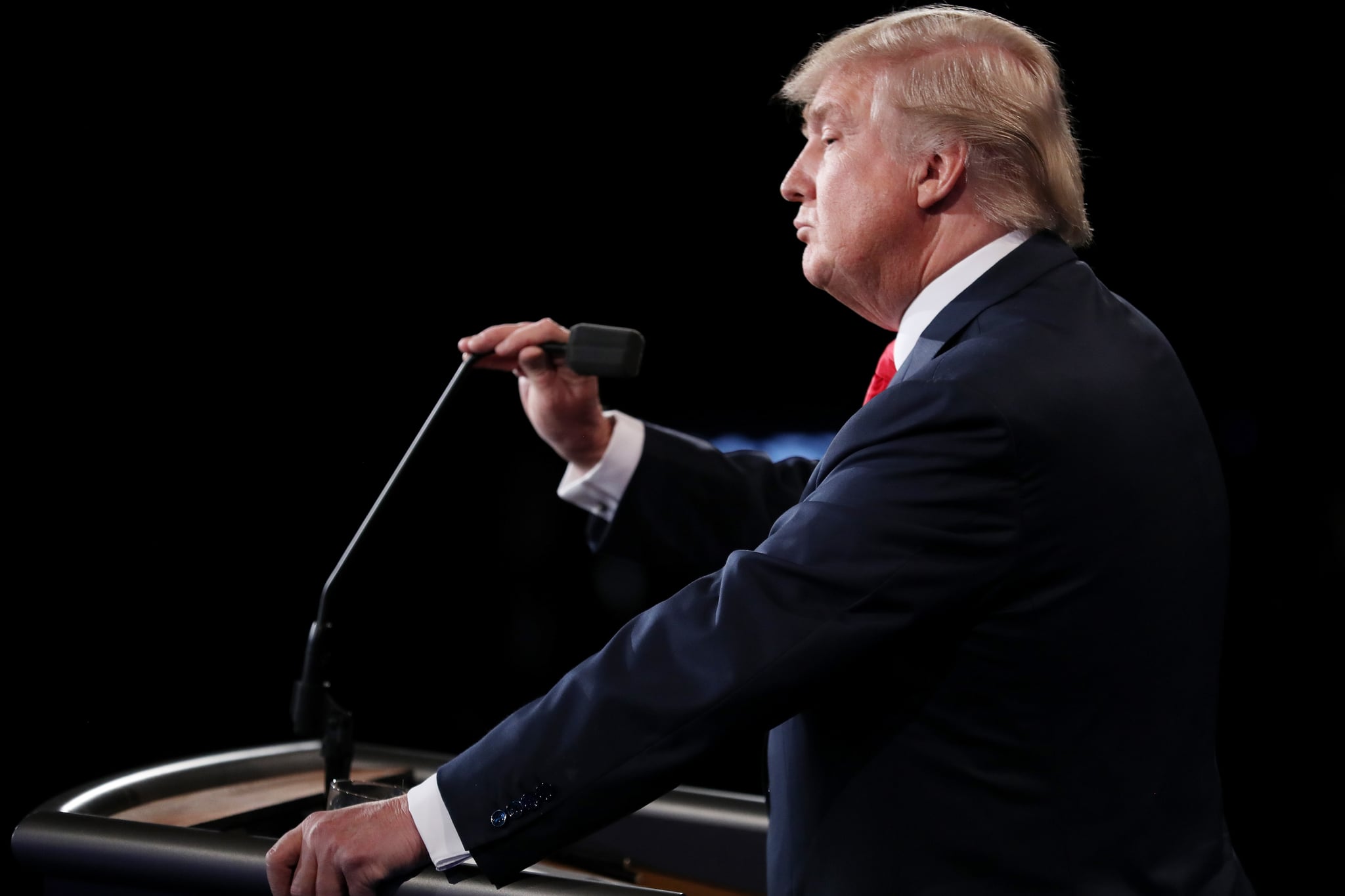 The third and final presidential debate started off on a sleepy note. After the candidates took the stage at the University of Nevada, Las Vegas, moderator Chris Wallace wasted no time and dove right into questions. As Hillary Clinton addressed the first question, we couldn't help but notice that Donald Trump looked like he just rolled out of bed. His signature side-eye glance was hindered by the fact that he could barely keep his eyes open. Naturally, Twitter started buzzing about Trump's snoozy state, with one user even creating the Twitter handle @Sleepy_Donald.

Related:
The Best Tweets From the Third Presidential Debate

Did someone give Donald Trump a sedative or is he just really sleepy. #debatenight

Trump looks like he is about to eat a fetus. #debatenight

Huh, what happened? What did I miss? #debatenight @CNN #DonaldTrump #HillaryClinton pic.twitter.com/jhSZl7DIjy

Trump sounds like his handlers tranqed him so he would act like an adult for tonight. #debate

.@realDonaldTrump looks like he just got out of bed #debatenight

I can't tell if Donald trump has a sore throat or if he's just so tired of hearing his own bullshit that he's slowing fading his speech out.

Anyone else think Donald Trump is trying to be calm and try to seem intelligent, but just seems tired?

Wtf? I think Donald Trump is on downers so he doesn't come off as aggressive, instead he is coming off as sleepy. #DebateNight