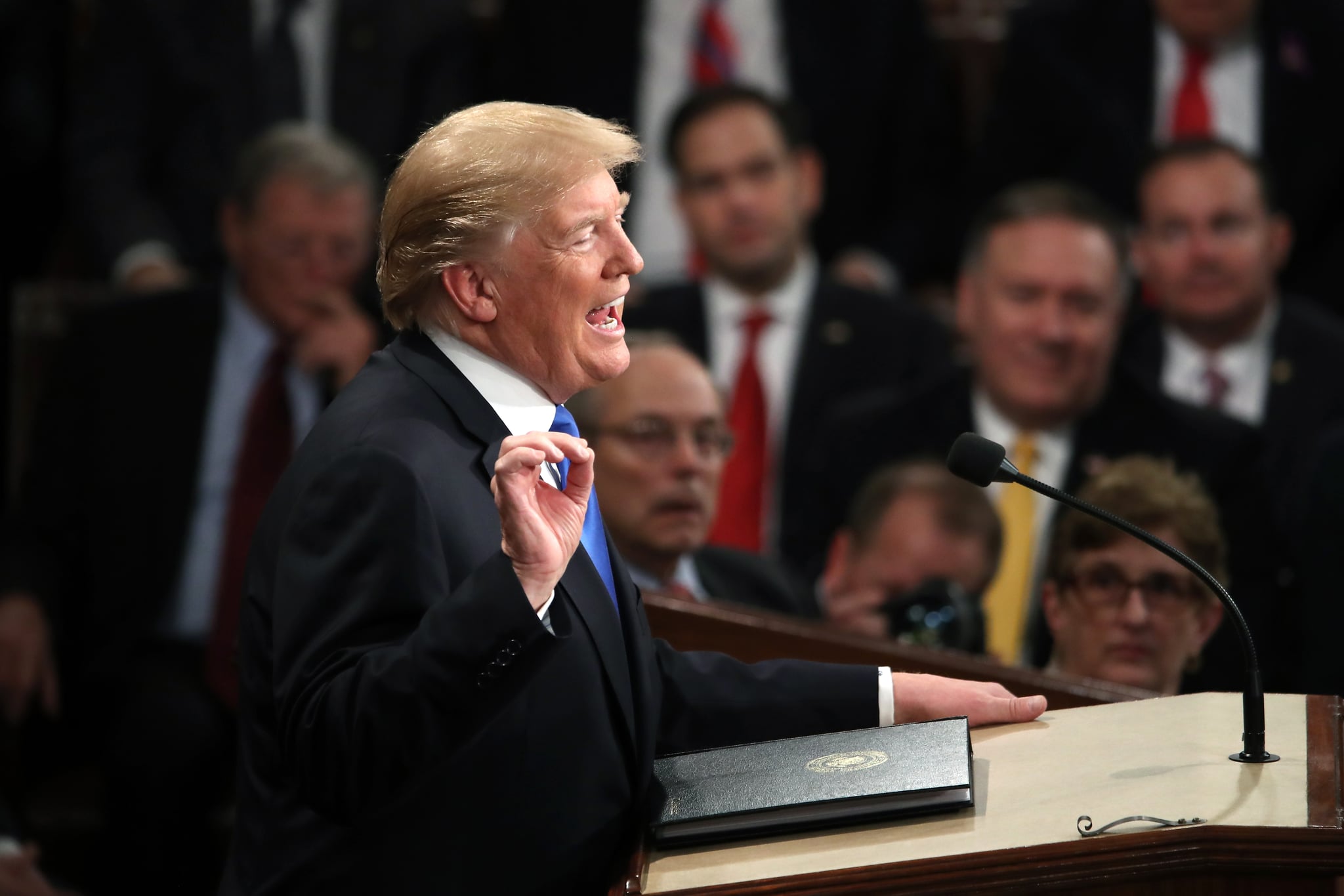 When Donald Trump delivered his first State of the Union address as president on Jan. 30, one phrase in particular caught the attention of plenty of people, and for a surprising reason: it was a line most memorably used by his eternal political rival, Hillary Clinton, way back in 2010. Trump said:

"This, in fact, is our new American moment. There has never been a better time to start living the American dream. So, to every citizen watching at home tonight, no matter where you have been or where you have come from, this is your time."

Turns out Clinton actually used the notable "new American moment" phrase — albeit in a much different context — during a foreign policy address she gave as Secretary of State. Fascinatingly, Clinton used the words to look outward and reflect on America's role as a global leader:

"Indeed, the complexities and connections of today's world have yielded a new American moment, a moment when our global leadership is essential. . . . But now this is no argument for America to go it alone — far from it. The world looks to us because America has the reach and resolve to mobilize the shared effort needed to solve problems on a global scale, in defense of our own interests but also as a force for progress. . . . For the United States, global leadership is both a responsibility and an unparalleled opportunity."

In marked contrast to Clinton, Trump used the phrase in his speech as he celebrated the domestic, "America-first" policies and values he's espoused since the beginning of his candidacy, including fighting for religious freedom, doing away with the Affordable Care Act's individual mandate, amping up the stock market, and reinvigorating "beautiful, clean coal."

Related:
Rep. Joe Kennedy III Sends a Message to Dreamers: "We Are Going to Fight For You"

The borrowed phrase wasn't lost on pundits and political junkies:

I thought Trump's "New American Moment" SOTU line sounded familiar. Sure enough, here it is in a 2010 speech by @HillaryClinton https://t.co/Ea9xdumzht pic.twitter.com/Smv6PZEifn

Trump seems to have borrowed the catchphrase for his first State of the Union — a "New American Moment" — from an unlikely source: Hillary Clinton. https://t.co/2jCEHqYhQQ

In fact, you can watch Clinton take it out for a spin in the video clip below:

That line sounded better in the original Hillary Clinton — in 2010. #SOTUhttps://t.co/PN5mjRPJau pic.twitter.com/JWt919MOXp