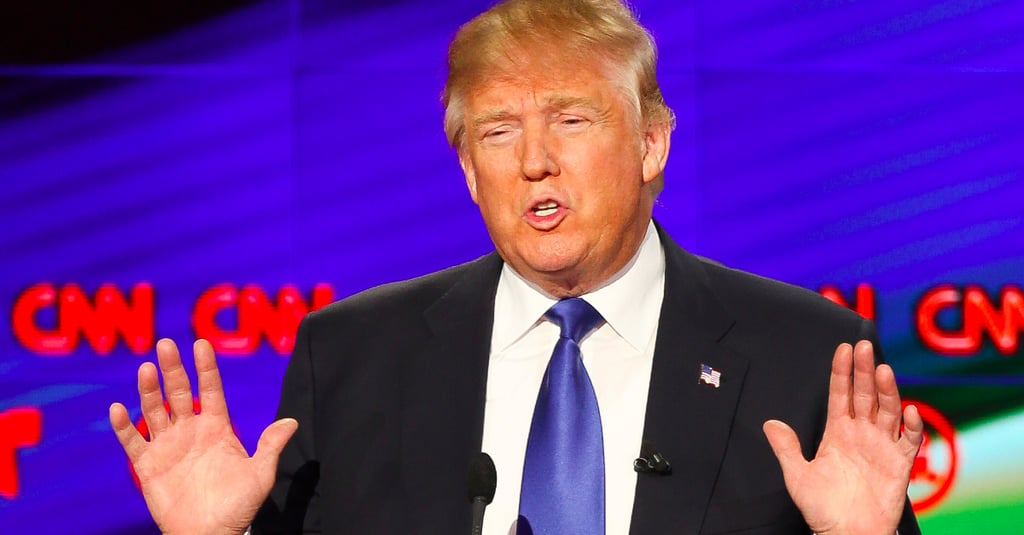 During Thursday night's GOP debate in Texas, Donald Trump said he supports Planned Parenthood for helping provide health care to millions of women. And then he said he'd defund the organization. Yup, because he's pro-life and they provide abortions, even though Planned Paretnhood says that's only three percent of what it does.

"You can say whatever you want, but they have millions of women going through Planned Parenthood that are helped greatly," he said. "And I wouldn't fund it."

Confused? You're not alone — Planned Parenthood started trending on Twitter, in large part because of his comments.

"Millions of women are helped by Planned Parenthood. I'm going to defund it." Donald Trump LEGIT just said this. #GOPDebate

Trump's Planned Parenthood stance is confusing to me. Sounds like he respects what they do, but would cut all money bc abortion. #GOPDebate

Trump's defense of Planned Parenthood is like the one part of Darth Vader that didn't get totally corrupted by the dark side of the Force.

You can read more about Trump's positions on women's rights here.