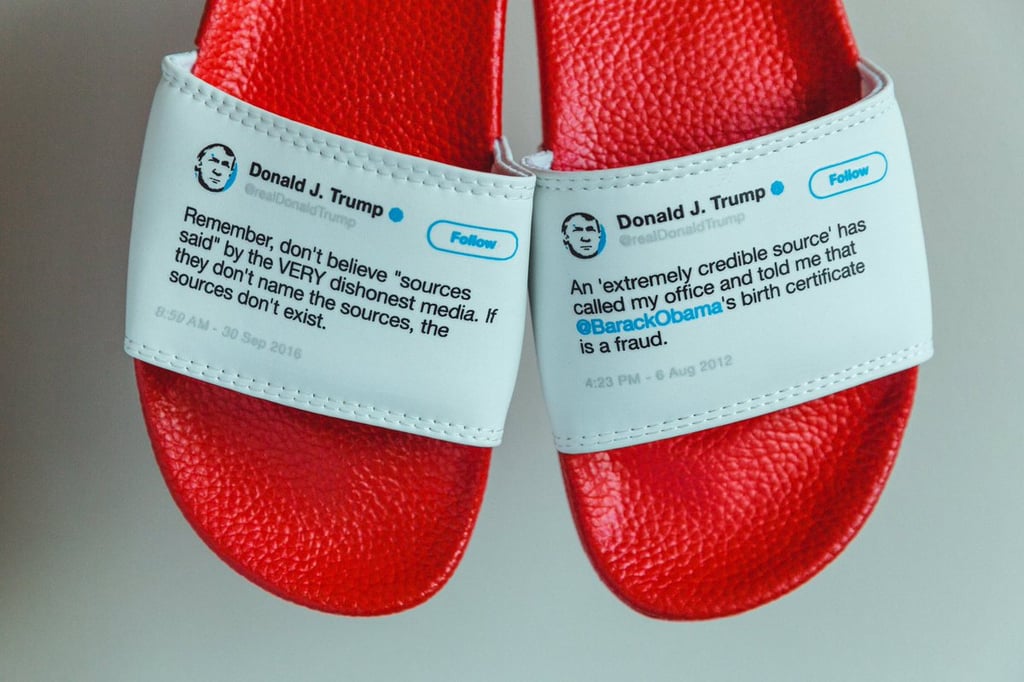 Donald Trump is a man of many words, but he hasn't always been consistent with the statements that come out of his mouth — erm, Twitter feed. Luckily for us, his constant flip-flopping on everything from policy issues to conspiracy theories has inspired an entire line of actual flip-flops, which feature some of his most contradictory tweets imprinted side by side.

According to the President Flip Flops website, the petty footwear was made to poke fun at "the political flip flops" Trump often makes on Twitter. Their slogan is even: "Going back on your word, one step at a time." As for where they're produced? "Made in China, heat pressed in the US. The same as our President's ties, right?," the site reads. Burn!

The good news is that 10 percent of all sales from President Flip Flops will go to the ACLU. Read on to see the flip-flops up close, and find out where you can purchase them before they're all sold out.

Viral Videos
If You're Not Following Flossybaby on TikTok, Your FYP Is Missing *Major* Comedy Gold
by Chanel Vargas 1 week ago