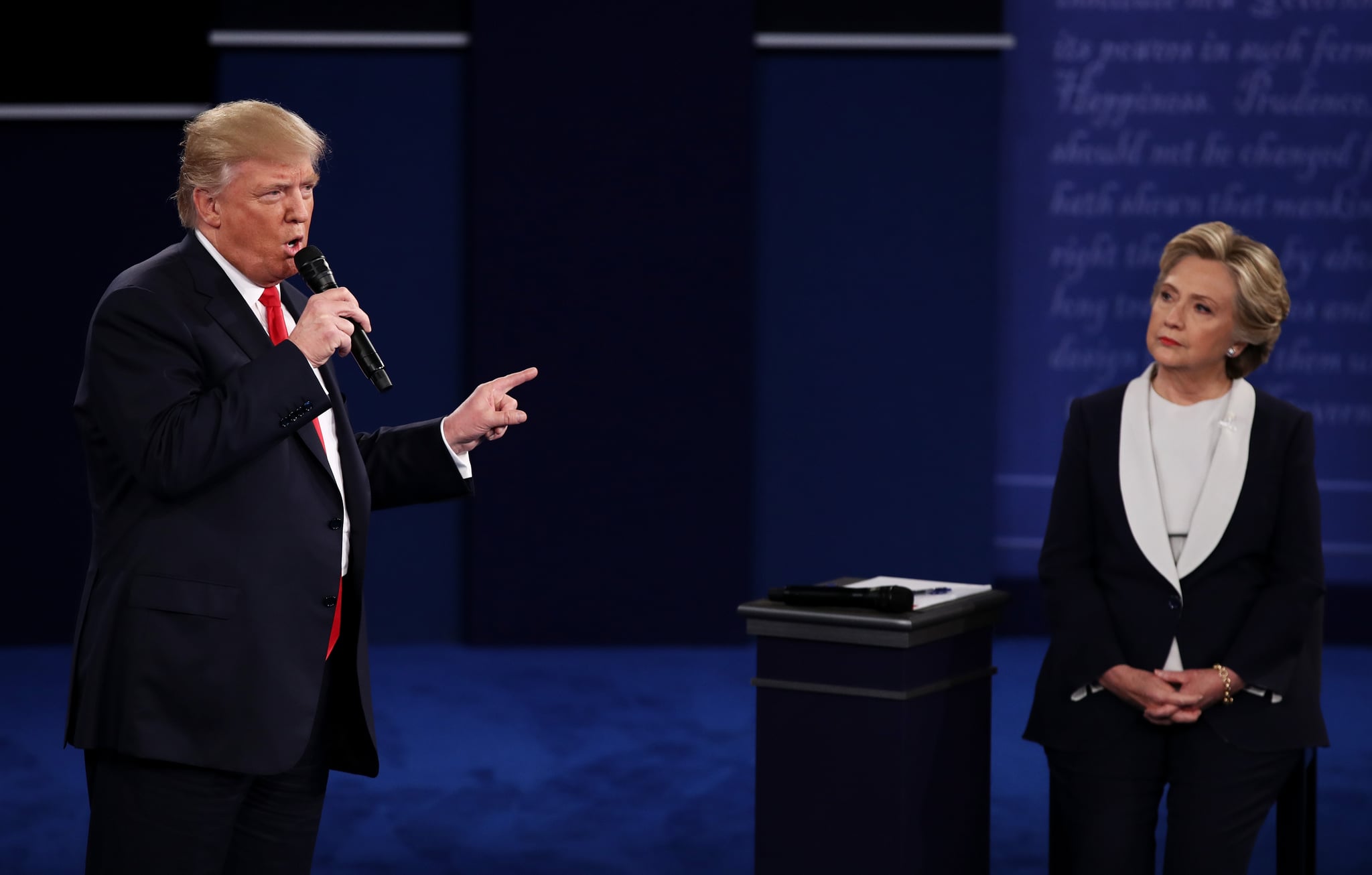 After avoiding questions about his recorded comments bragging about sexually assaulting women during the second presidential debate, Donald Trump brought up Hillary Clinton's email scandal. Trump went so far as to threaten imprisoning Clinton if he were president. Despite not being charged with a crime, Trump pledged that as president he would hire a "special prosecutor" to investigate her use of a private email server.

Trump: Hillary Clinton's attacks are "disgraceful" and "she should be ashamed of herself" https://t.co/raPU4ICkl6 https://t.co/T7YqSM3iyD

Equally as appalling, Trump said "she should be ashamed of herself," referring to the private email server. Addressing Trump's pledge to charge her over the emails, Clinton said, "It's just good that someone with the temperament of Donald Trump isn't in charge of the laws in this country."

Trump interrupted her, as he did repeatedly this evening, and said, "Because you'd be in jail."