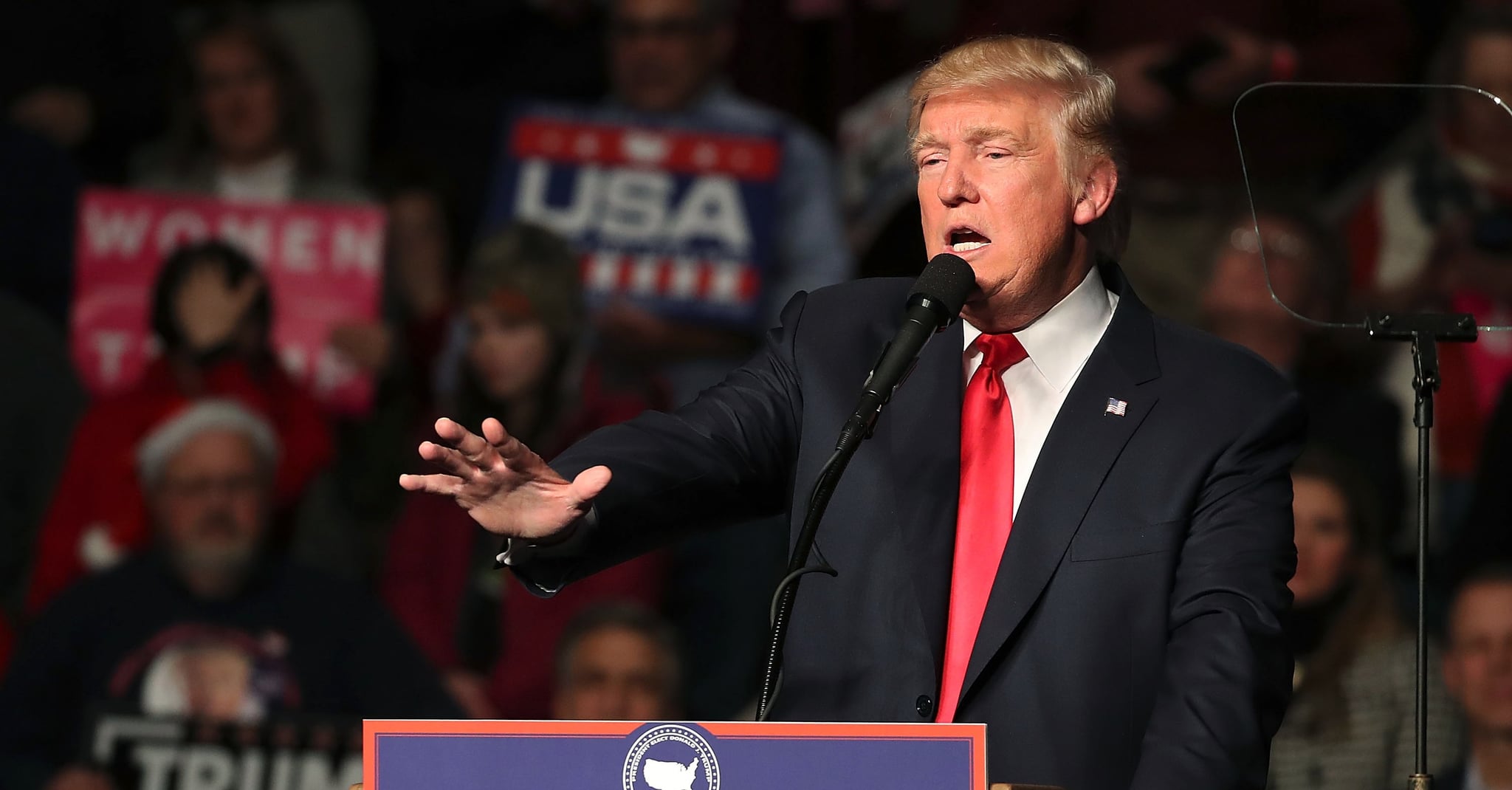 Donald Trump should probably start using spellcheck before sending out tweets. The president-elect found himself in an awkward situation when he misspelled the word "unprecedented" in a tweet criticizing China's seizure of an underwater US Navy drone. Trump wrote that the act was "unpresidented," which left many people scratching their heads in confusion, including Merriam-Webster Dictionary.

Good morning! The #WordOfTheDay is...not 'unpresidented'. We don't enter that word. That's a new one. https://t.co/BJ45AtMNu4

"The #WordOfTheDay is...not 'unpresidented'. We don't enter that word. That's a new one," the dictionary account tweeted. Trump has since deleted the tweet and replaced it with the correct spelling.

China steals United States Navy research drone in international waters - rips it out of water and takes it to China in unprecedented act.

J.K. Rowling also chimed in on Trump's spellcheck fail with a viral tweet:

This isn't the first time the president-elect has been caught making typos in his tweets.

Politics
Why Did We Care So Much About Inauguration Fashion? We Investigate the Significance
by Yerin Kim 47 minutes ago