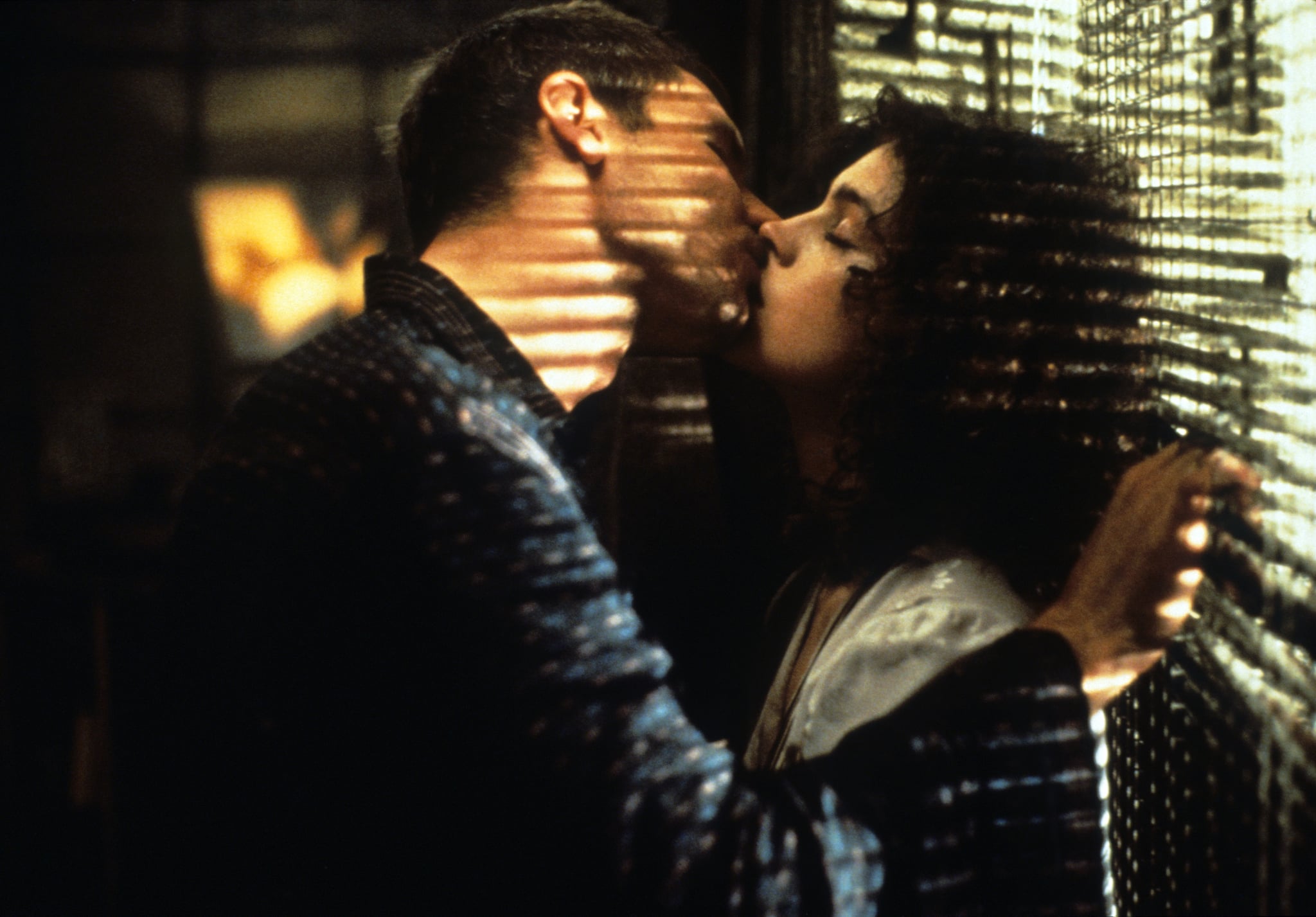 Rape culture is so ingrained in our lives and culture that too often, we simply fail to notice it. This became shockingly clear to me recently when I revisited a few of the most iconic contemporary films of the last few decades, only to find their instances of rape, objectification, and sexual assault have largely been completely overlooked or widely justified.

Spoiler alert: Harvey Weinstein didn't produce any of these movies. But the violent sexual assaults featured in these films are so mind-blowing not just because of the acts themselves but also because the violence is so buried amid pop culture worship and nostalgia that most of us have forgotten they exist entirely — if we even registered them in the first place. If the scope of "me too" comments on Facebook demonstrates the breadth of sexual assault culture, these movies showcase its depth. 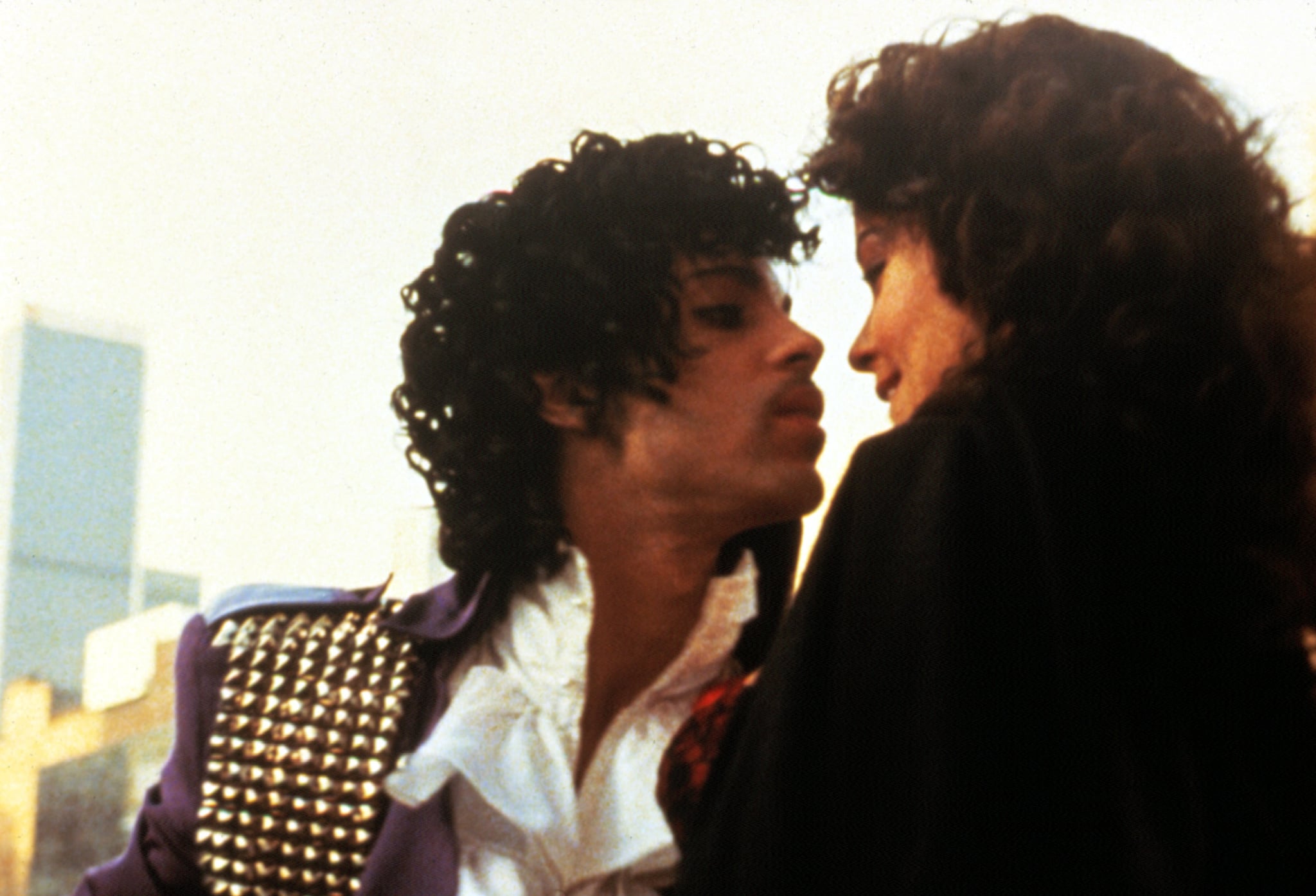 Prince is a god among his fans and many media outlets. Mic offered some educational advice verging on idolatry upon his passing:

In textbooks attempting to explain 20th-century music to future students, few musicians will deserve their own chapter more so than Prince. That chapter should be printed on purple paper, with the numerals 2 and 4 replacing every instance of the word "to" and "for." That would help students immediately understand a few fundamental truths about Prince: He controlled every aspect of his image and production, and didn't pay attention to how radical or impractical his innovations were.

I'm glad it references Purple Rain the album, because it was the soundtrack to Purple Rain the movie. It's sad to hear that Prince "controlled every aspect of his . . . production." Here's why.

Two years ago I lapped up the Prince hysteria, while he was still alive, by attending an outdoor showing of Purple Rain at Havana Outpost in Brooklyn. Despite years of radio overplay, I got totally into it. The excitement was physical — fans danced to his hits when they played in the movie, and I was warming up to the campy musical. Then, to my utter dismay, the movie turned bizarro. Prince, playing The Kid, asks Apollonia (Apollonia Kotero) on a first date. They'd just met, but, always the "good" bad boy, The Kid seems poised to fulfill an iconic fantasy: a romantic motorcycle ride. Would this be an indie take on Easy Rider? Très chic, Prince!

Yet what followed was so out of place I couldn't believe it was real. A 1984 New York Times review of the movie alludes to the scene:

In one of the dizziest of the film's non-musical interludes, the Kid takes Apollonia for a motorcycle spin in the country, tricks her into skinny dipping while he, fully clothed, looks on and then, when she tries to climb back onto the bike for the return to town, he maliciously teases her by pretending to drive away.

As I stood watching the scene unfold, I was slack-jawed. Not only was this unexpected from Prince or his musical triumph, but I thought for sure someone would have warned me. All I ever heard was "it's a classic" or "oh, you haven't seen Purple Rain? You've got to." What's more, no one watching at Havana Outpost seemed to bat an eye. Maybe a few side glances. But that's it. The Times review underplays how awkward the scene is.

Let's recap: A semipro musician drives a young woman he's just met alone to the countryside under the guise of a romantic getaway. He then makes her believe that he's abandoned her, then blames the victim for getting his seat wet. In a subsequent scene, he also violently slaps her.

Maybe it was an attempt at humor? Maybe they thought it was a deeper look into his psyche? I see it as utterly terrifying, and not just because I've benefited from 20 years of cultural shifts and public service ad campaigns.

Vaguely, the Times review criticizes (or maybe apologies) for this behavior:

Instead of belting him, as might be expected, she comes to understand his desperate longing for love and his inability — because of dad and mom — to give it. Where is Dr. Joyce Brothers when a kid really needs her?

Oh, I get it now. It's all about Prince's needs.

I knew Blade Runner had to hold up. I watched it as a kid in the late '80s and remembered the dark rain and psychedelic scenery. Harrison Ford + future cars + fight scenes. Fundamentally, I knew it was iconic. The words "cult classic" and "ahead of its time" have been knocking around in my neural association ever since.

As Vanity Fair counseled, my wife and I dutifully watched Blade Runner: Final Cut in excited anticipation of the new release with my boy, Ryan Gosling (he's "my boy" because that's what my ego tells me, since he's so damned attractive and, apparently, aligned with my humor. Otherwise, jealousy would destroy me. But anyway . . . )

As you probably know, Harrison Ford plays Rick Deckard, a "Blade Runner," a paramilitary policeman who tracks down and kills "replicants" — manufactured AI humanoids — that escape their designated slave roles. The robots are super strong and look just like us, but they're glitchy and deadly. Along the way, our hero meets Rachael, a new breed of replicant who's so human-like, she's even got programmed memories. Before he knows it, Deckard starts falling for Rachael, played by Sean Young, and drunk-FaceTimes her incessantly. This comes to a boiling point when, after a night of slaughtering replicants, Deckard gets cornered and Rachael saves his life.

Deckard and Rachael return to Deckard's apartment, where he proceeds to pound futuristic Johnny Walker. Rachael tickles the piano and lies down. A romance in the making, humanity amid chaos. AI and man lying down like lambs and lions, right?

What happens next is neither explained nor useful, instead driving home the normalcy of sexual abuse. Deckard stumbles awake from his sweaty drunk sleep and grabs Rachael — who by now knows he's a replicant-killer. Trembling, she responds to his advances. Here's the script, which is even worse than watching since it refers to — and I'm not kidding — "a little rough-housin":

[Deckard falls asleep while Rachael dis-hairs and plays the piano.]

Rachael: I didn't know if I could play. I remember lessons. I don't
know if it's me or Tyrell's niece.

Rachael: I can't rely on.

Deckard: I want you.

Rachael: I want you.

Rachael: I want you. Put your hands on me.

Here's what a little rough housin' looks like: startling physicality.

At the time, Roger Ebert referred to a "pro forma" love affair, while The New York Times wrote of a "love affair with a beautiful replicant."

Let's recap: an alcoholic, emotionally unstable police officer with a gun forces an enslaved humanoid to have sex with him. Hardly a love affair.

This scene could have opened the door to so many important issues: lack of progress in women's equality in future worlds, the trauma that officers carry with them off the job, alcoholism, or domestic abuse. Yet it's left entirely devoid of follow-up, instead implying conclusions like "well, I'm glad Deckard woke her up out of her stupor" or, most likely, "Deckard gave her what she wanted but was too afraid to say." 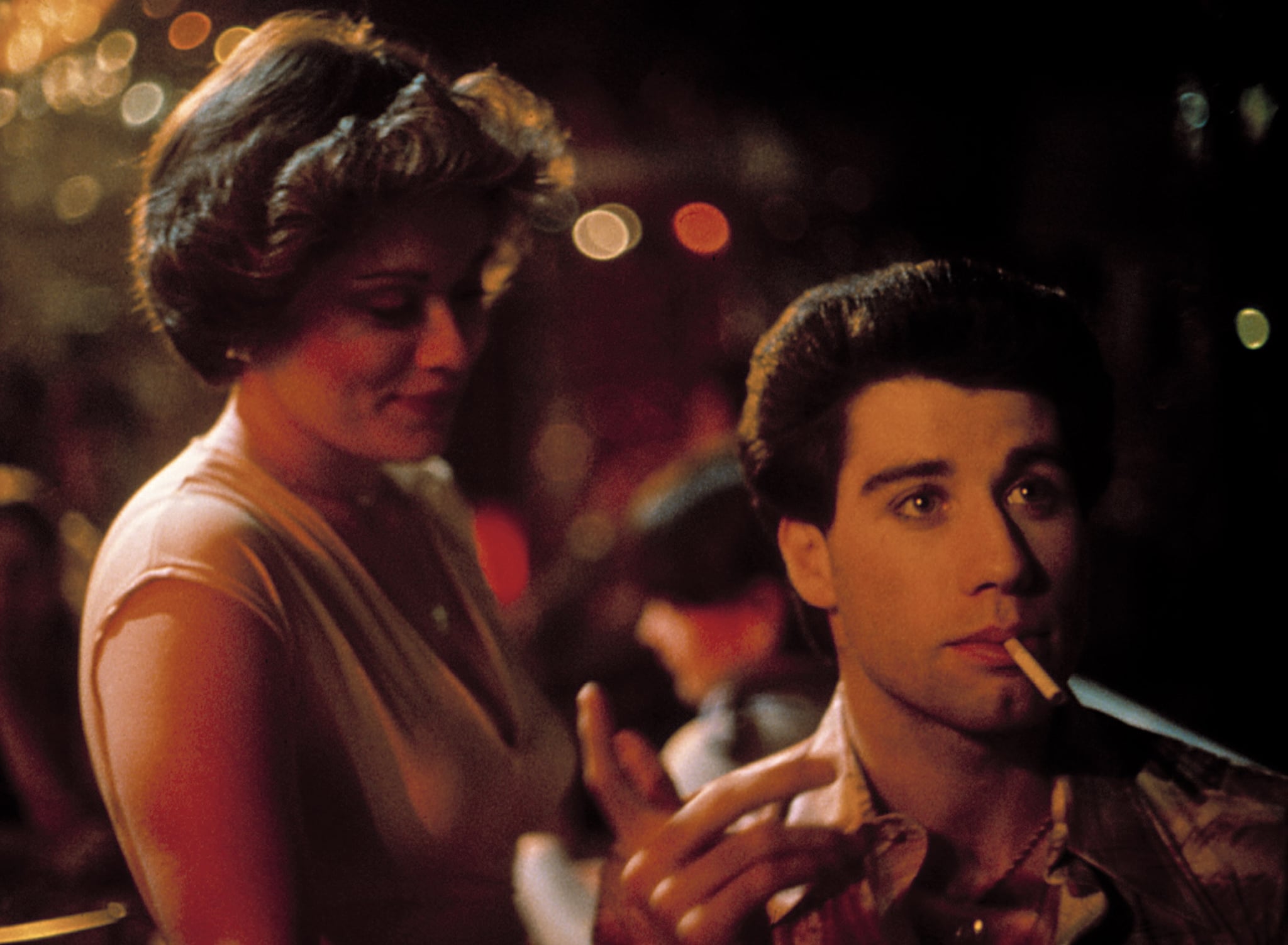 When I proposed Saturday Night Fever over text to friends, I received a resounding "OMG YES, I LOVE SATURDAY NIGHT FEVER" response from everyone. Queue the Netflix.

Before John Travolta slid into creepy territory in recent years, he played Tony, a Bay Ridge "bighearted guy" who defied his Catholic parents and danced.

After crushing the dance floor to the Bee Gees and delighting everyone on my rooftop, the movie, as a 1977 review points out, "begins to flag when, after an initial hour filled with high spirits and jubilant music, it settles down to tell its story." At least this review goes on to refer to the "exceedingly ugly sexual episode" to follow.

The "flagging" ends with an apocalyptic scene condoning gang rape.

Tony, three of his douche friends, and one of the women in their entourage named Annette — who's in love with Tony — head for the Verrazano bridge. They've been drinking heavily, taking drugs, and getting into trouble. On the way there, Annette ambiguously starts getting involved with Tony's friends in the back seat, presumably to make Tony jealous. Soon, however, it's clear that she's not into it. As Tony drives around, the two friends take turns raping Annette while she literally says, "No, no, I don't want this!"

The disco rapists arrive at the Verrazano bridge and hop out of the back seat, leaving Annette alone with Tony. Tearful and scared, Annette looks at Tony, bewildered. Here's what Tony says:

"You proud of yourself [Annette], is that what you wanted? Now you're a c*nt."

Annette next tries to escape the scene, but Tony doesn't listen to her cries of "please, no, get away from me" and pulls her back to the car.

Let's recap. The hero of disco is complicit in rape, attempts rape himself (in a separate scene), then brings back the victim into the arms of her gang rapists. Yet, according to IMBd's quotes thread, these events were just "rough sex":

I fully understand these problematic scenes have been blatantly clear to many viewers — especially women who have been assaulted — for a long time. I'm also sure there are entire seminar courses on pop culture and feminism that reference these films.

Yet as a culture, we still celebrate these movies and see them as nostalgic. These examples are surprising because these films are glorified to a level unlike many others. They go beyond the denigrating stereotypes I believe most people "expect" from previous eras in film: women are meant to be in the kitchen, women are always reliant upon male heroes, or women's physicality defines their worth, among many others. What's perhaps most disturbing is how these films all juxtapose and even associate the joys of entertainment — Music! Action sequences! Dance! — with sexual violence, normalizing it and undermining its impact.

Maybe the recently broken silence about sexual violence will help expose the cultural silence these films so clearly represent. Until then, I'll be a little more discerning about my movie-night picks.