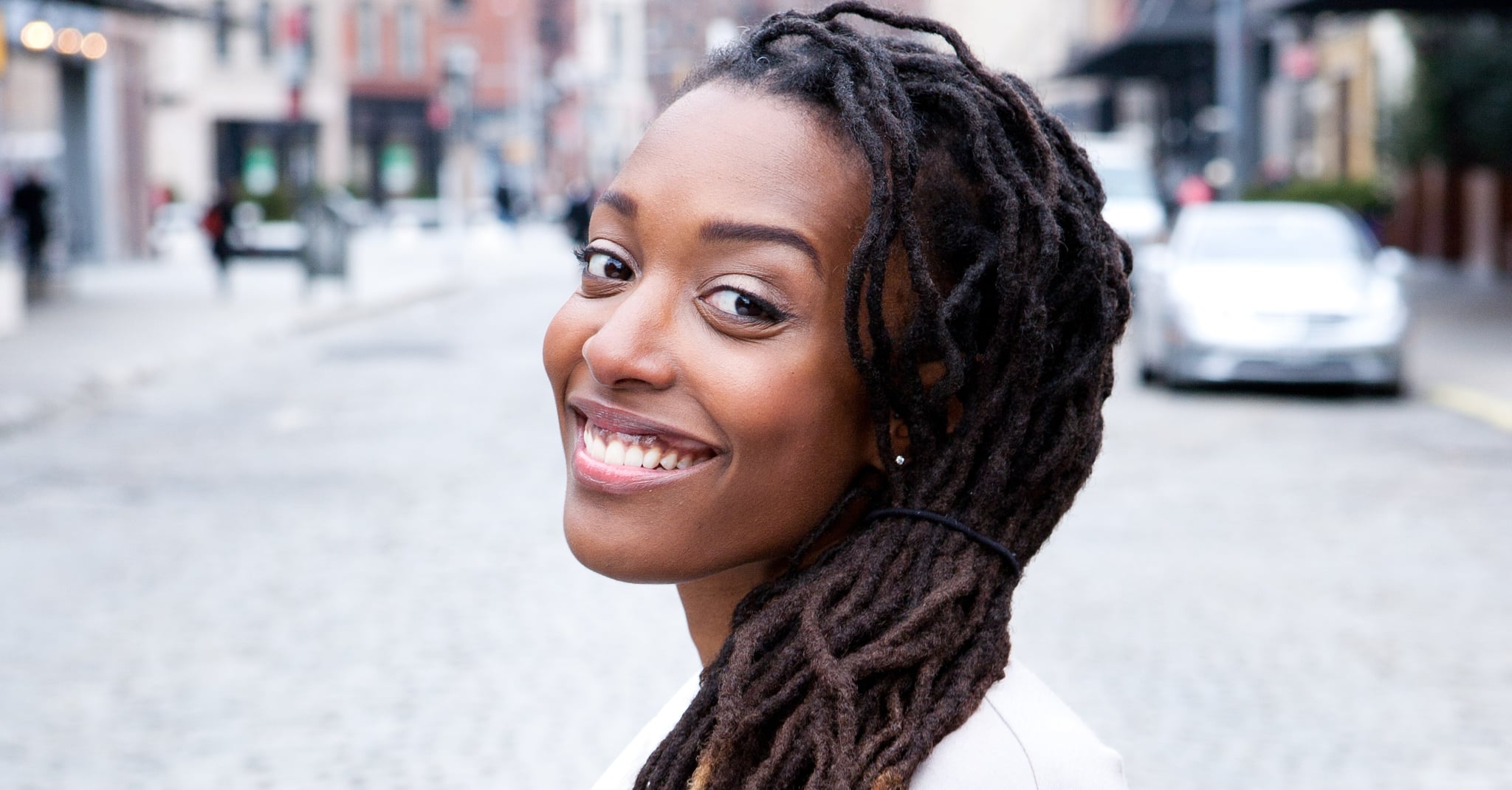 Excerpted from Well, That Escalated Quickly: Memoirs and Mistakes of an Accidental Activist, on sale May 22. Copyright © 2018 by Franchesca Ramsey. Reprinted with permission of Grand Central Publishing. All rights reserved.

It's equal parts weird and surprising to look back on the person you once were and see how time has changed the way you see and think. For me, this change has been extremely apparent — and sometimes awkward — as I've grown more socially conscious and aware of how different types of people move through the world. For starters, being a feminist makes it difficult to listen to a good majority of music. I've given up on skipping songs with the word "b*tch" in them, because that would deplete most of my iTunes library. It's also hard to watch a lot of TV shows, and to sit silently in the theater as misogynistic movies you paid fifteen dollars to see play out across the screen. Sometimes it's hard to even have a simple conversation.

"There are countless ways to express an idea — why would you want to use one that insults an entire group of people?"

Growing up under patriarchy and white supremacy and bigotry — which everyone does, since those are the systems that govern the world — means it can be hard to resist the less-than-obvious ways those forces creep into our speech, behavior, and superhero movies. Attempting to live a socially conscious life is a lot of work. As you become aware of all the ways our society is set up to put down marginalized people, from huge things like the prison system to small things like the words we use every day, you'll start seeing the world through completely new eyes.

At first, none of it will feel very fun. Actually, it never really feels very fun. Things you want to enjoy are ruined when you can recognize the not-so-subtle nasty messages they contain about women, LGBTQ folks, and people of color. And every day there seems to be a new word or phrase that has harmful origins or an underlying meaning you never thought about before. Sometimes it feels like no matter how hard I try, I can't say anything without offending someone. And since I'm a person who loves to run her mouth, that can be pretty difficult.

But I still try, even though from time to time I get it wrong. I've found that the best way to avoid hurting others is to steer clear of endorsing, watching, listening to, or participating in media or conversations that exclude or harm marginalized people. The best way to do that is to make a mental list, or at least have firm policies on what you will and won't stand for. I call this "Activist Lent," but instead of 40 days, you give these things up for the rest of your life. A more accurate description might be "Activist Recently Discovered Severe Gluten Allergy," but that doesn't have a very good ring to it. Here are just a few of the games, habits, performing artists, and expressions I've given up in recent years — or at least believe I should have given up, even if I can't quite bring myself to cut the cord just yet.

THE FOLLOWING WORDS AND SAYINGS

Beyond egregiously hurtful language, there are tons of other words and phrases that exclude, upset, or otherwise offend marginalized people that still find their way into everyday conversation. With some of these, I had to be called out for using them before I understood how messed up they were; they've become so ingrained in our conversation that most of us don't even think about them. There's nothing wrong with that; we all have to learn somehow. The key is to avoid getting defensive, to listen to what people are telling you, and to work to do better. There are countless ways to express an idea — why would you want to use one that insults an entire group of people?

G*pped — I've definitely dropped this in a video without even thinking twice about it. It's such a colloquial, almost jokingly old-fashioned phrase that I was shocked when I learned its origins. So-called Gypsies — the historically nomadic ethnic group more appropriately known as Romani or Roma people — deal with horrific discrimination and oppression all over the world, and particularly in Europe, where certain businesses may still hang signs that read No Gypsies. Few companies will employ Roma people, so they are forced to beg, or worse, for money.

Today people use "g*pped" to suggest they've been swindled, which perpetuates the misconception that Romani people are untrustworthy or criminal. Saying your aunt "g*pped" you on sweet potatoes at Thanksgiving is not acceptable, and I was happy someone called me out on it.

"Hey, guys!" — Unless you find yourself in a group comprised exclusively of male-identifying people, there's a better word than "guys." For years, I began all my videos with a peppy "Hey, guys!" until someone gently pointed out that there's a more inclusive way to welcome my audience. Not every woman, female-identifying person, or nonbinary person feels uncomfortable with "guys" — I personally don't mind if someone uses "guys" when I'm in mixed company. But I still switched to "Hey, friends!" or "Hey, party people!" because some people do feel uneasy about "guys."

"I feel fat" — The Facebook memory feature, which pulls past posts you made on the same date in previous years, is equal parts nostalgia and embarrassment. For me, in addition to photos of old friends I've lost touch with and excited praise for the Sex and the City movie, I was shocked to see how much I used to post about "feeling" or being fat. "Bloated" is a feeling. "My stomach hates me because I ate an entire pizza" is a feeling. But "fat" is not a feeling. Everyone, no matter their size, has phases when they don't feel the best about their body, but associating those negative feelings with fat people increases the already huge stigma they face, from the misconception that being fat means you can't be healthy to the idea that it means you're dirty or unattractive. People of all sizes are happy with the way they look, and they don't feel like their size or shape is a bad thing. It's none of anyone else's business either way.

Spirit animal — This is another phrase I was rightfully called out for. It's not uncommon to hear people refer to everything from their favorite actress to the latest viral meme as their "spirit animal." It's meant as a term of endearment, so what could be wrong about that? Until the American Indian Religious Freedom Act of 1978, Native Americans were often prevented — sometimes violently — from accessing sacred sites, keeping ceremonial items that were illegal under U.S. law (such as eagle bones or peyote), and performing ceremonies or rituals without gawking onlookers or questioning from authorities. Keeping this in mind, "spirit animal" is actually a gross oversimplification of an important part of a culture that has long been actively oppressed, stifled, and ignored in racial justice discourse.

So it probably hurts when non-Native people talk about cartoon characters and rainbow bagels as being their "spirit animals."

It can feel like a lot to keep track of, I know, but once you get used to this kind of self-editing, it can be kind of fun. You're helping to make the world a better place for marginalized people, and by holding yourself accountable in everyday situations, you're also teaching by example. You know how, when you were a kid, you used to put all the pillows on the floor and hop from one to the other because if you touched the carpet it was lava? Think of your Activist Lent list as the lava. Just make sure to apologize gracefully if you fall in. F*cking Awesome Females
History Made: Katie Sowers Is the First Female and Openly LGBTQ Coach in the Super Bowl
by Samantha Brodsky 3 hours ago