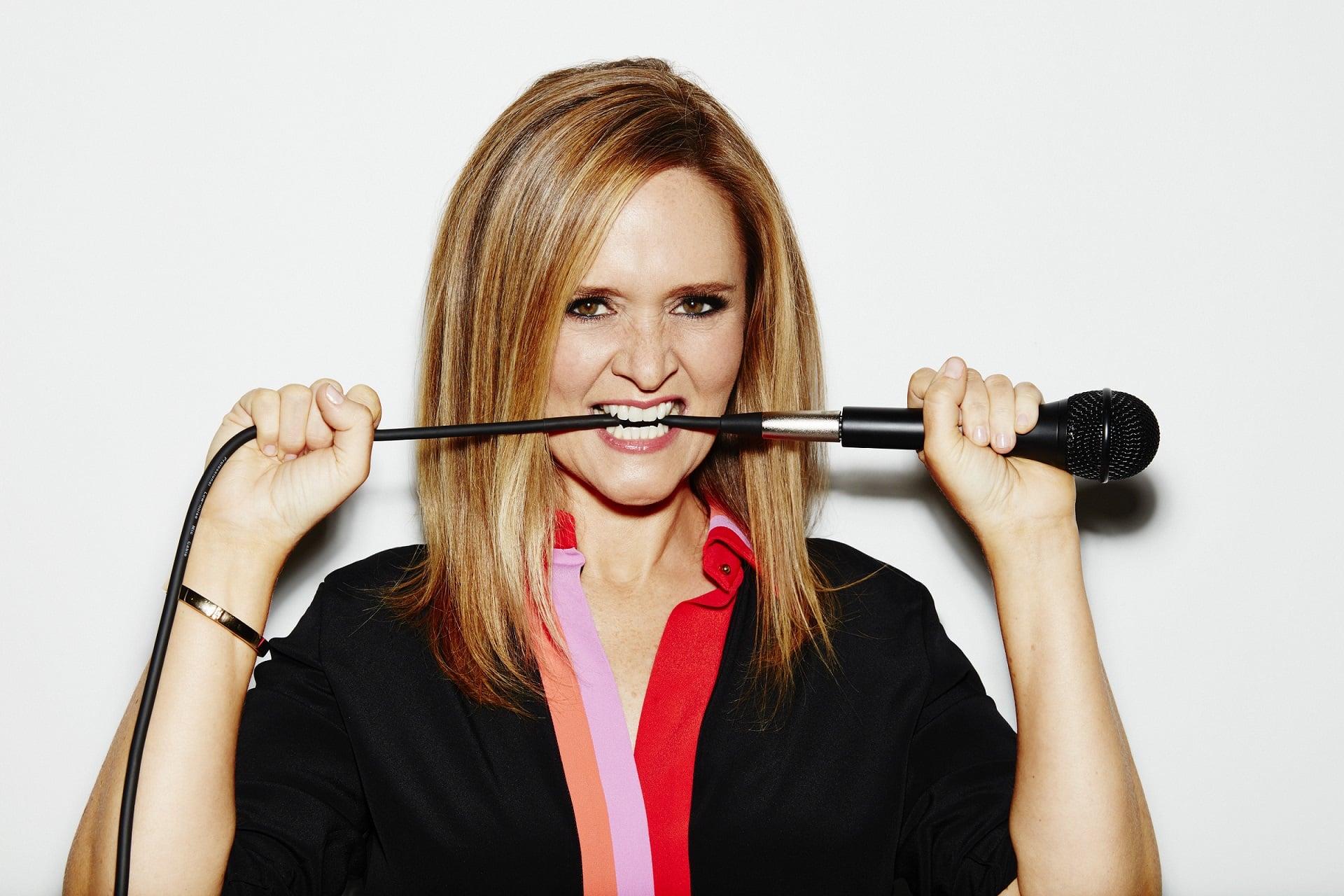 When I turn on my television after 10 p.m., after the political news of the day has been exhaustively covered, I am left pondering two questions: first, where have all the good satirists gone? And second, where are all the women?!

Election cycles are television gold. If there is one fact more certain than Donald Trump's bigotry, it's that he is a ratings magnet. I'm fine with this, provided late night comedians are using him and the other election nonsense as fodder for their satirical takedowns, but across the board, the criticism has been pretty gentle. And with a dozen or so late night shows, most of the perspectives just feel like variations on a theme — nothing that biting or boundary-pushing.

The obvious perspective that's been missing is a female one, which in 2016 is pretty indefensible. Women's issues have been in the crosshairs more recently than perhaps in any election since the 1970s, and for the first time ever, a woman is the likely nominee of a major political party. How on earth do you do justice to these subjects without a single woman's voice in the mix?

And then, just when I thought the night was darkest, Samantha Bee re-emerged.

One of the most successful correspondents ever on The Daily Show, Samantha Bee finally premiered her own show, Full Frontal With Samantha Bee, on TBS in February 2016, making her the only female host currently on late night. And as soon as she arrived, audiences realized what they'd been missing in her absence: a voice as fed up as they were. A voice that did not hold back from criticizing everyone and anyone that drew her ire. In particular, a voice that was painfully aware of just how much violence is being committed against women's interests, reputations, and rights in this country right now.

Audiences and critics seem to agree that Full Frontal has been an immediate success. Viewership has remained high (averaging 3.7 million viewers per episode across all TBS platforms) and TBS has just renewed the show through the rest of 2016. In a competitive and bloated market, Samantha Bee has clearly hit a nerve.

It's worth noting that Full Frontal is also groundbreaking because it's the only show with a writing staff that is half women. Bee used a blind submissions process to staff her show and the result was an uncommonly balanced writers' room: 50 percent women, 30 percent nonwhite, and a wide range of experience levels. The show's writing is strong, but more importantly, it's refreshingly unique.

And to be clear, Full Frontal isn't just brilliant and necessary because it pays attention to issues that other shows simply aren't as invested in. It's brilliant and necessary because, no matter what the topic, Samantha Bee's coverage is sure to be smart, incisive, and blisteringly critical. Whether she's delving into the psyche of Trump and Sanders supporters, or ripping the NRA a new one for making their mascot costume (but not their guns) impossible to obtain, Bee isn't afraid to take her sledgehammer to even the most taboo of subjects.

I've already discussed how exhausting dealing with Hillary Clinton's campaign has been for many women in this election cycle, but in Full Frontal, I have found relief. Samantha Bee is as willing to attack Clinton for her hypocrisy as she is to defend her when sexism comes into play. She can write jokes about untested rape kits and Planned Parenthood that are as funny as they are furious, and bust open painful subjects that most other comedians wouldn't dare approach. She bears the burden of women's emotional labor on these subjects, and lets us sit back and laugh in solidarity for a while. It's a change of pace that couldn't have come a moment too soon.

It's hard to be a woman in this election cycle. Thank god for Samantha Bee.

Politics2016 ElectionOpinionSamantha Bee
Around The Web

Shopping Guide
8 Best Reads From the Biden and Harris Families, From Memoirs to Children's Books
by Anvita Reddy 1/26