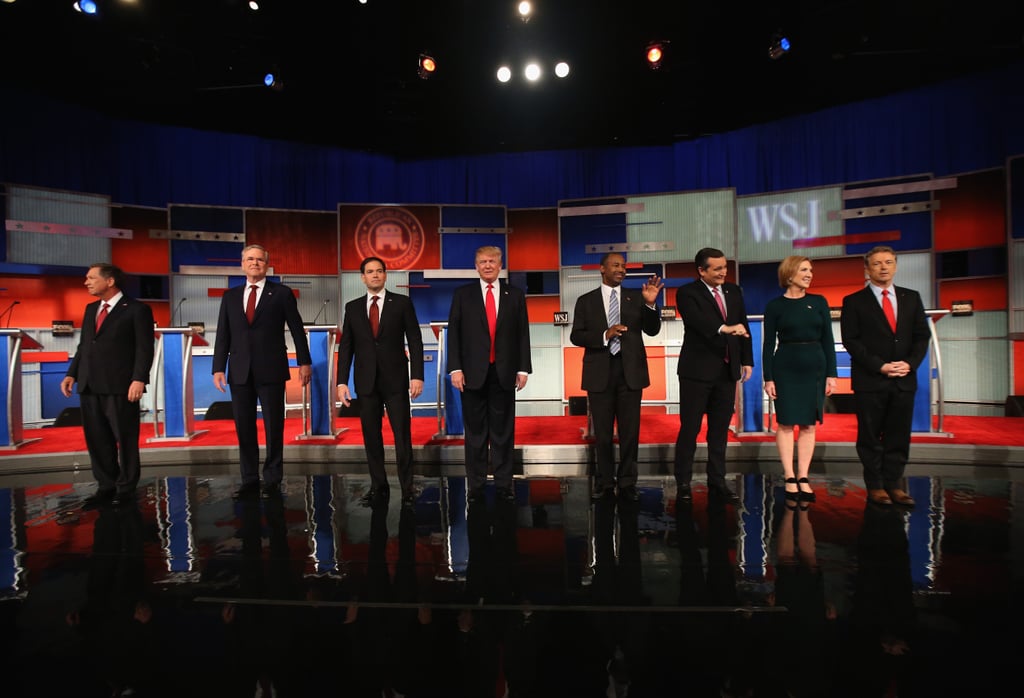 While the banter between candidates is undeniably hilarious, the commentary on Twitter that accompanies the debates is also comedic gold — especially the GIFs. Between witty fact checks and giggle-worthy quips, here are some of the greatest Twitter moments from the GOP debate:

There were jokes at Jeb Bush's low polling numbers:

People questioned how well the target audience knew how to use Facebook:

We go back to Facebook now, our next question is, "How do I change my banner? Not my avatar, the thing at the top, I want it to be a flag."
— pourmecoffee (@pourmecoffee) November 11, 2015

And they reminded Carly Fiorina that she once ran Hewlett Packard, a printer company:

. . . and that Ted Cruz is married to a managing director at Goldman Sachs:

. . . and that Cruz couldn't figure out the fifth department:

As always, there were Donald Trump jokes:

Why does @realDonaldTrump always sound like a kid doing a book report when he didn't read the book? #GOPDebate
— Mikel Jollett (@Mikel_Jollett) November 11, 2015

Trump: We should protect Ukraine. Some of my best wives came from Ukraine.
— Mark Dow (@mark_dow) November 11, 2015

. . . and at his commitment to not raising wages or giving tax breaks:

The photoshop jobs were on point:

The candidates made some strange comparisons (philosophers, special sauce, and welders?), people responded:

Politics2016 Republican Debates
Around The Web