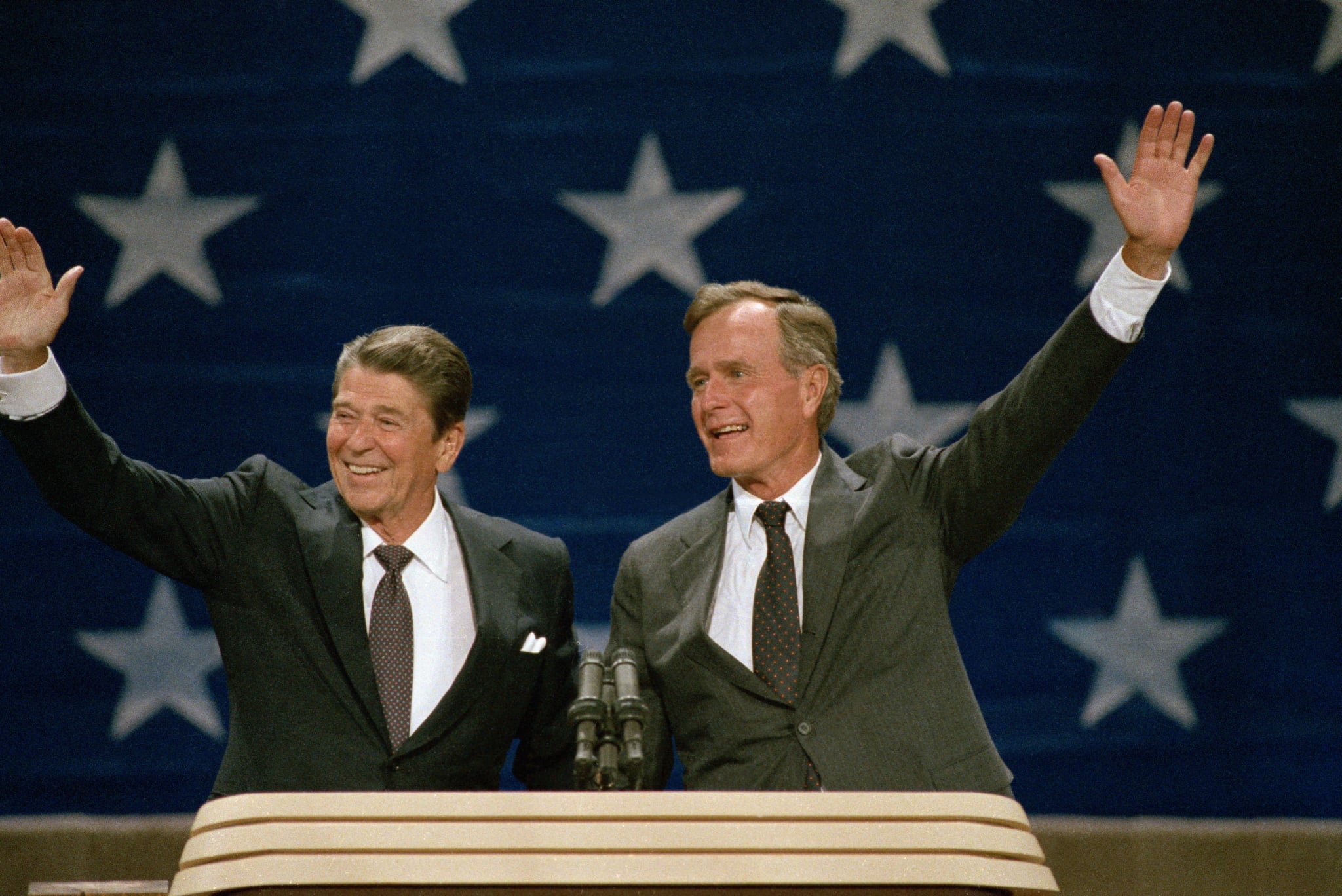 Despite President Donald Trump's promise to "show great heart" toward recipients of the Deferred Action For Childhood Arrivals (DACA) program, Attorney General Jeff Sessions announced on Sept. 5 that the program would be terminated. Now, a viral video of then-primary Republican candidates George H.W. Bush and Ronald Reagan is bubbling up online — and it serves as powerful proof of just how far the GOP has backslid when it comes to its empathy for immigrants. The old 1980 clip shows the two debating illegal immigration and showing a lot more heart toward immigrant children and adults alike than Trump or Sessions.

Though it's currently unclear exactly what steps the administration will make to terminate DACA — and on what timeline — the move will affect about 800,000 young immigrants who came to the US at a young age. DACA recipients, often known as Dreamers, already have to pass extensive background checks and other stringent requirements to become eligible for DACA. Though many government officials and tech leaders have pledged to fight for Dreamers, it's unclear what actions Congress may take to protect them.

Flashback to 37 years ago, when Bush and Reagan were engaged in a primary debate sponsored by the League of Woman voters. Though Reagan would eventually clinch the nomination and bring on Bush as his vice president, the two were often at odds with one another. One topic on which they clearly agreed, however, was on how to treat the children of undocumented immigrants. An audience member asked the two nominees, "Do you think the children of illegal aliens should be allowed to attend Texas public schools free or do you think that their parents should pay for their education?" Bush, the first to respond, expressed that he wanted immigration problems fixed, but that children should absolutely attend schools. "If they're living here, I don't want to see 6- and 8-year-old kids being made totally uneducated and made to feel like they're living totally outside the law," Bush said. "These are good people, strong people."

Reagan responded similarly and wanted to come up with a solution that allowed immigrants who may have come here illegally to stay. "Rather than talking about putting up a fence, why don't we work out some recognition of our mutual problems?" Reagan said. "Make it possible for them to come here legally with a work permit. And then, while they're working and earning here, they can pay taxes here. And then when they want to go back, they can go back. Open the borders both ways." You can watch the full clip that's going viral again on the internet ahead.

As president, Reagan signed the Immigration Reform and Control Act of 1986, which granted amnesty to immigrants who entered the country illegally before 1982. According to NPR, about 3 million illegal immigrants benefited from the legislation. It's astonishing to see undeniable proof of how progressive Bush and Reagan were almost 40 years ago when compared to the current administration.