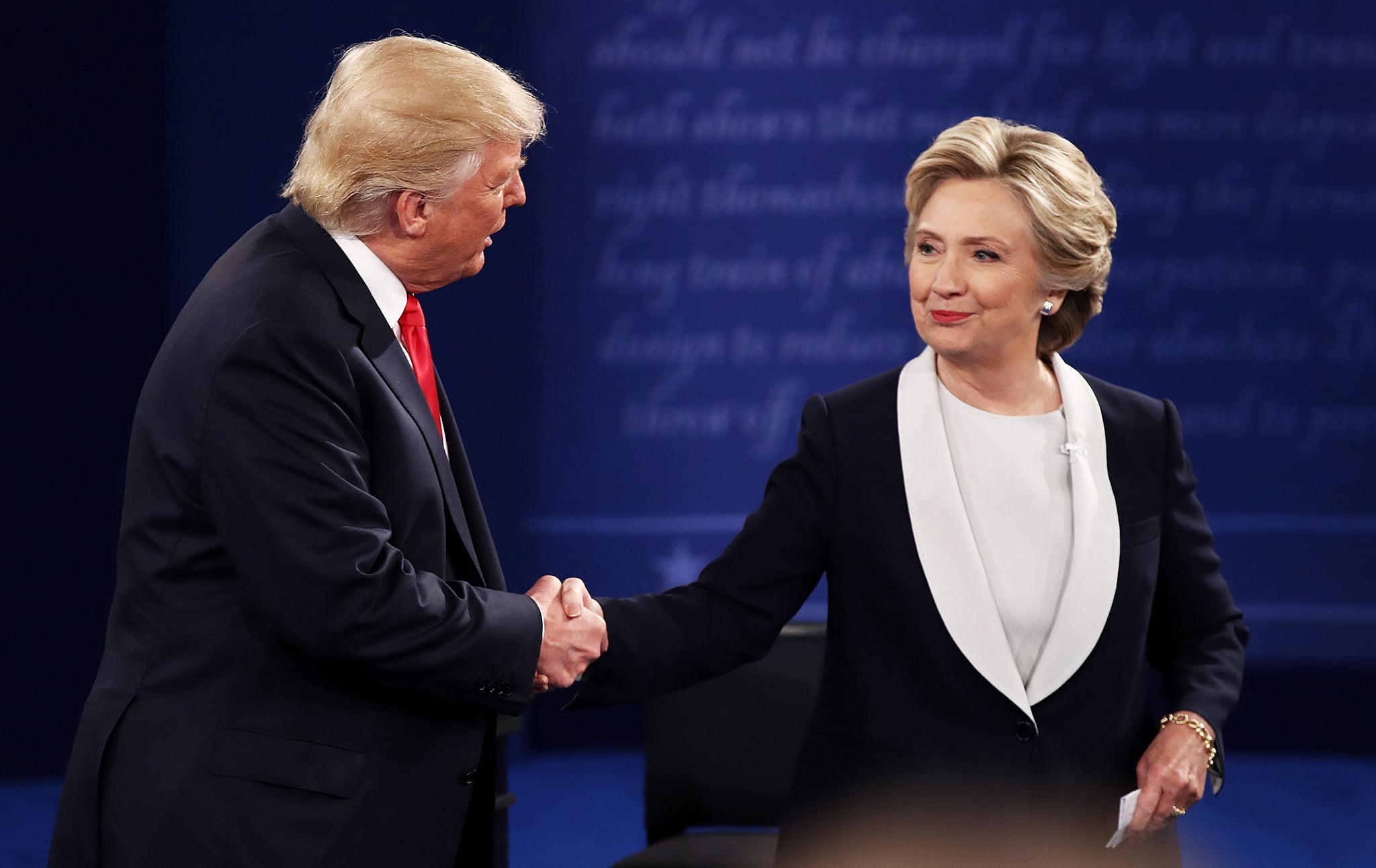 Hillary Clinton may not have won the White House, but at least she didn't get caught in the crossfire of Donald Trump's creepy brand of physical contact. On Friday, Hillary's longtime aide Philippe Reines shared a hilarious (albeit grainy) video showing the two prepping for a debate back in September 2016; while walking out and waving to the imaginary crowd, Philippe goes in for a hug while Hillary artfully dodges it, instead offering a high five. He captioned the clip, "Not easy to avoid the unwanted Trump hug, sometimes it even takes practice . . ." and called it a "favorite moment" from their debate preps last year.

Not easy to avoid the unwanted Trump hug, sometimes it even takes practice...

Hillary retweeted the video, writing, "I burst out laughing when I saw this video this morning. Hope it brightens your day." You know what, girl? It really did.

I burst out laughing when I saw this video this morning. Hope it brightens your day. https://t.co/CEcdoaQUuC

Kim Kardashian
Kim Kardashian Bonded With Bridgerton's Nicola Coughlan Over — What Else? — Corsets
by Victoria Messina 2 weeks ago