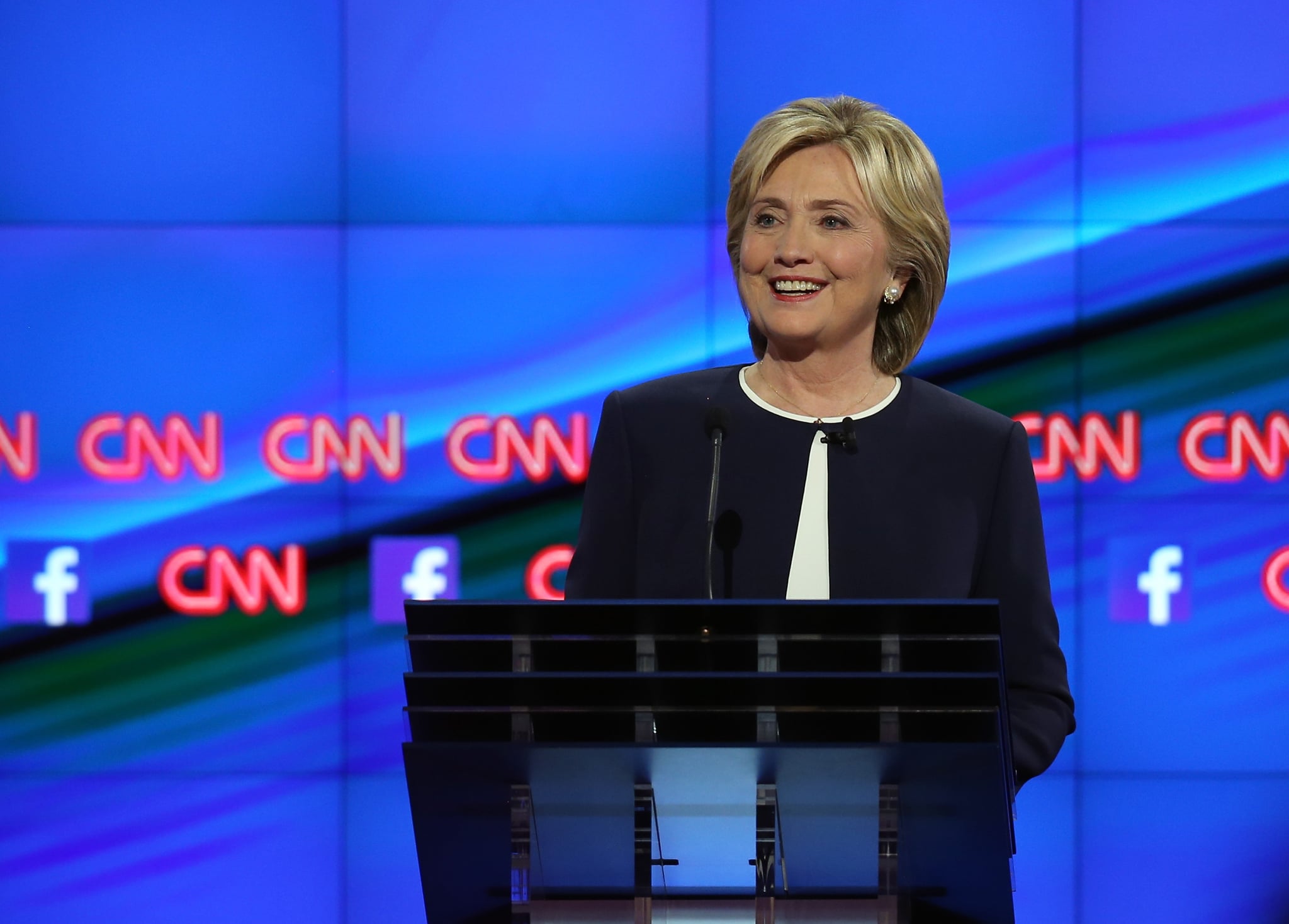 Hillary Clinton might have some serious Washington credentials, but it wouldn't be business as usual if she was elected. At the first Democratic debate, Hillary reminded us that her election could have major historical consequences, surely giving women watching at home goosebumps. She said:


"I think being the first woman president would be quite a change from the presidents we've had."