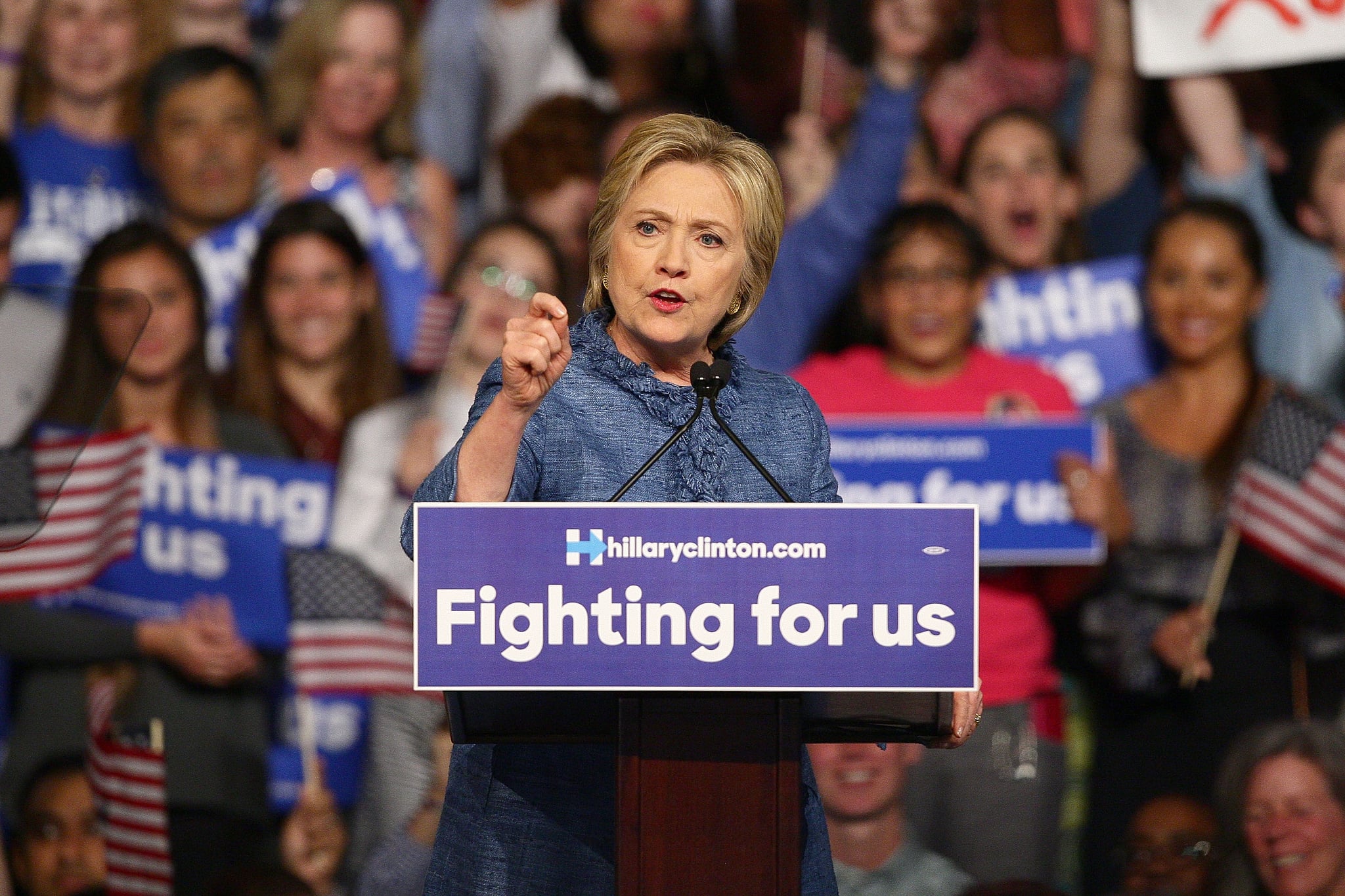 After sweeping another Super Tuesday by winning the majority Democratic vote in all five states, one might expect Hillary Clinton to be lauded for such an accomplishment by political experts. But instead, the presidential hopeful and former secretary of state faced the sort of sexism familiar to many of her contemporaries. Male critics across social media chided Clinton for "shouting" during her victory speech, urging her to smile and use a more "conversational" tone when speaking to her supporters.

Hillary shouting her speech. She has the floor; a more conversational tone might be better for connecting with folks at home

Hillary could make a much better impression on people if she didn't shout every line.

Does Hillary know how a mic works? YOU DON'T HAVE TO SHOUT INTO THEM!

Hillary having a big night in the primaries. So she's shouting angrily in her victory speech. Supporters loving it. What's she mad at?

.@HillaryClinton in a nutshell: Calling for love and kindness -- by SHOUTING!

These comments — much like the smugly uttered "You'd look so much prettier with a smile on that face" remarks familiar to many women who've dared rest their faces on public transit or the walk to work — are exactly the sort used frequently to silence and belittle women. One tweet in particular by MSNBC host Joe Scarborough has caused the most controversy.

Smile. You just had a big night. #PrimaryDay

@JoeNBC The outrage is not fake. You used rhetoric most women are sick of hearing. If you don't understand why we're mad, listen. Learn.

To have such comments echoed by White House media correspondents like Glenn Thrush was frustrating (to put it mildly) for Clinton's female and feminist-thinking peers. Their supportive responses, which have thankfully begun to outnumber the original critiques of Hillary's speech, lampooned the inherent sexism of such statements.

Personally, I want to see Hillary smiling AND shouting. At the same time. And yodeling. Also: shooting off roman candles. On a moped.

Oh, you think Hillary Clinton should smile more and not shout? pic.twitter.com/MGjP4fEdVQ

Shoutout to the people complaining about Hillary shouting her speeches when Sanders literally shouts everything he says.

The smile police are out in force tonight telling Hillary how to conduct her facial muscles. pic.twitter.com/jhDsWd32Hb

Clinton, who has yet to comment on these statements from her male critics, chose instead to thank voters for their support. But we've got a great response in mind for the next time somebody tells her to quiet down and smile . . .

And after seeing all the people who rushed to support her, we imagine her reaction goes a little something like this: