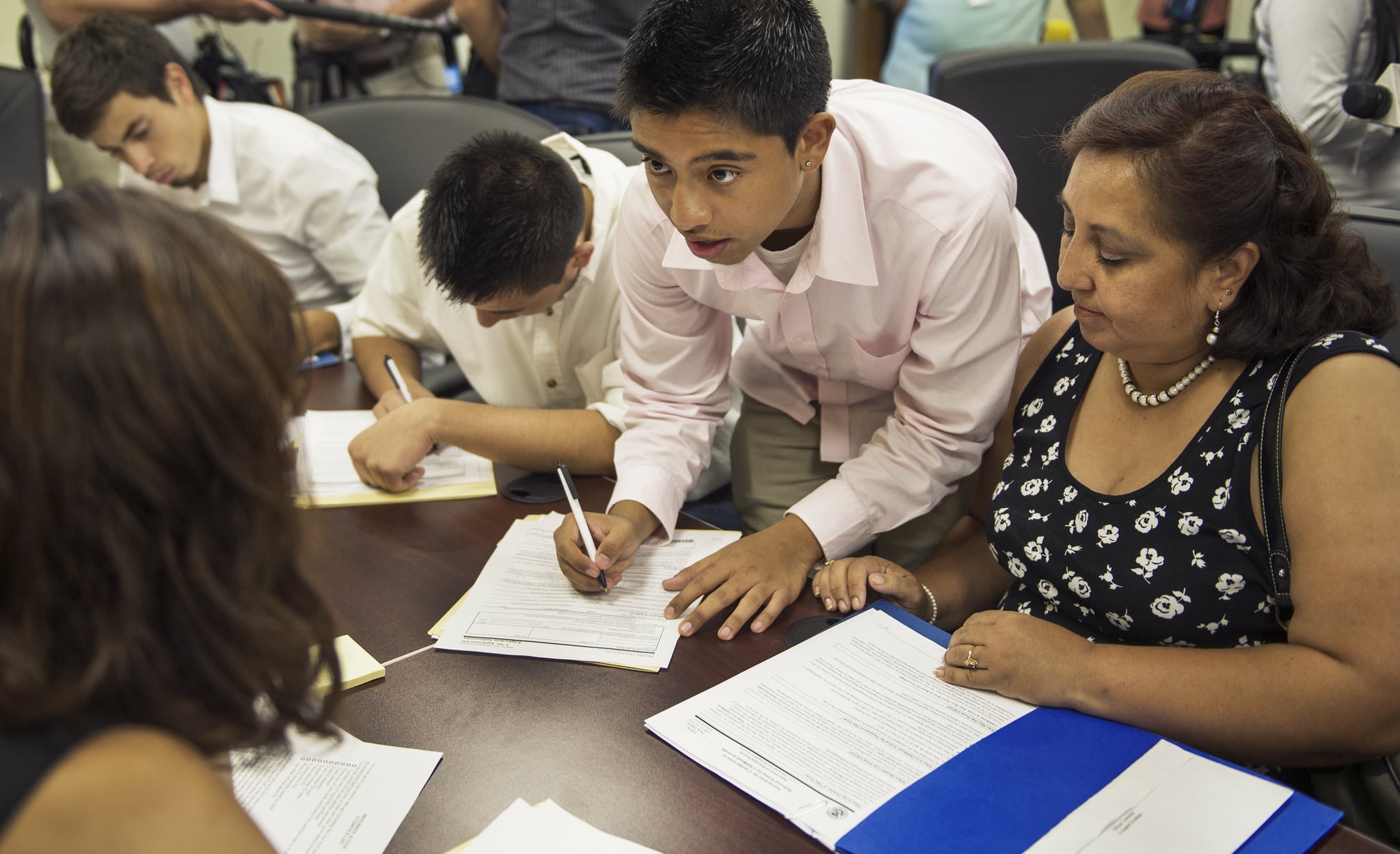 Since President Donald Trump signed executive orders that called for the construction of a border wall along Mexico and increased efforts to deport unauthorized or criminal immigrants, activist organizations have been stepping in. Take the Immigration Advocates Network and Pro Bono Net, for example, who launched an online service called Immi to help undocumented immigrants and those with temporary status find legal help.

"It's a scary time to be an immigrant in the United States and the president is already threatening the worst," said Matthew Burnett, director of the Immigration Advocates Network, in a press release about Immi's launch. The service hopes to provide immigrants with enough information that they know their rights and receive the legal assistance they need to protect themselves and their families.

"It's a scary time to be an immigrant in the United States and the president is already threatening the worst."

The site, which is available in both English and Spanish, allows people to complete an online interview that can then help users determine whether they qualify for a legal path to residency or a protection program. The interview consists of basic questions regarding legal status like date of birth, country of origin, and the status of any close family members. It also asks whether the person has been a victim of or a witness to a crime, which can help determine if they qualify for a nonimmigrant visa like the U visa, which is reserved for victims of crimes and their immediate families if they have experienced a form of physical or mental abuse.

After receiving more information on their legal options and rights, those interested can then use Immi's database to locate low-cost or free legal services offered by local nonprofit organizations. If you're concerned about how secure it is to reveal your legal situation as an immigrant, Immi collects identifying information separately from questions that reveal information concerning immigration status. Providing a secure service keeps those at risk from feeling like they're exposing themselves to deportation.

Immi also provides comprehensive information on US immigration laws so immigrants can protect themselves as the current administration prepares to enforce strict policies; it should be noted that the site doesn't provide information for those who are already in deportation hearings or not currently in the US. In these cases, Immi will direct people to different resources from within the Immigration Advocates Network.

Along with undocumented immigrants, those with temporary status can figure out their next steps, and lawful permanent residents — such as green card holders — can learn about paths toward naturalization.

Immi has already begun updating its information as policies continue to change under Trump's administration, and Burnett told POPSUGAR the site will provide only the most up-to-date advice and legal suggestions.