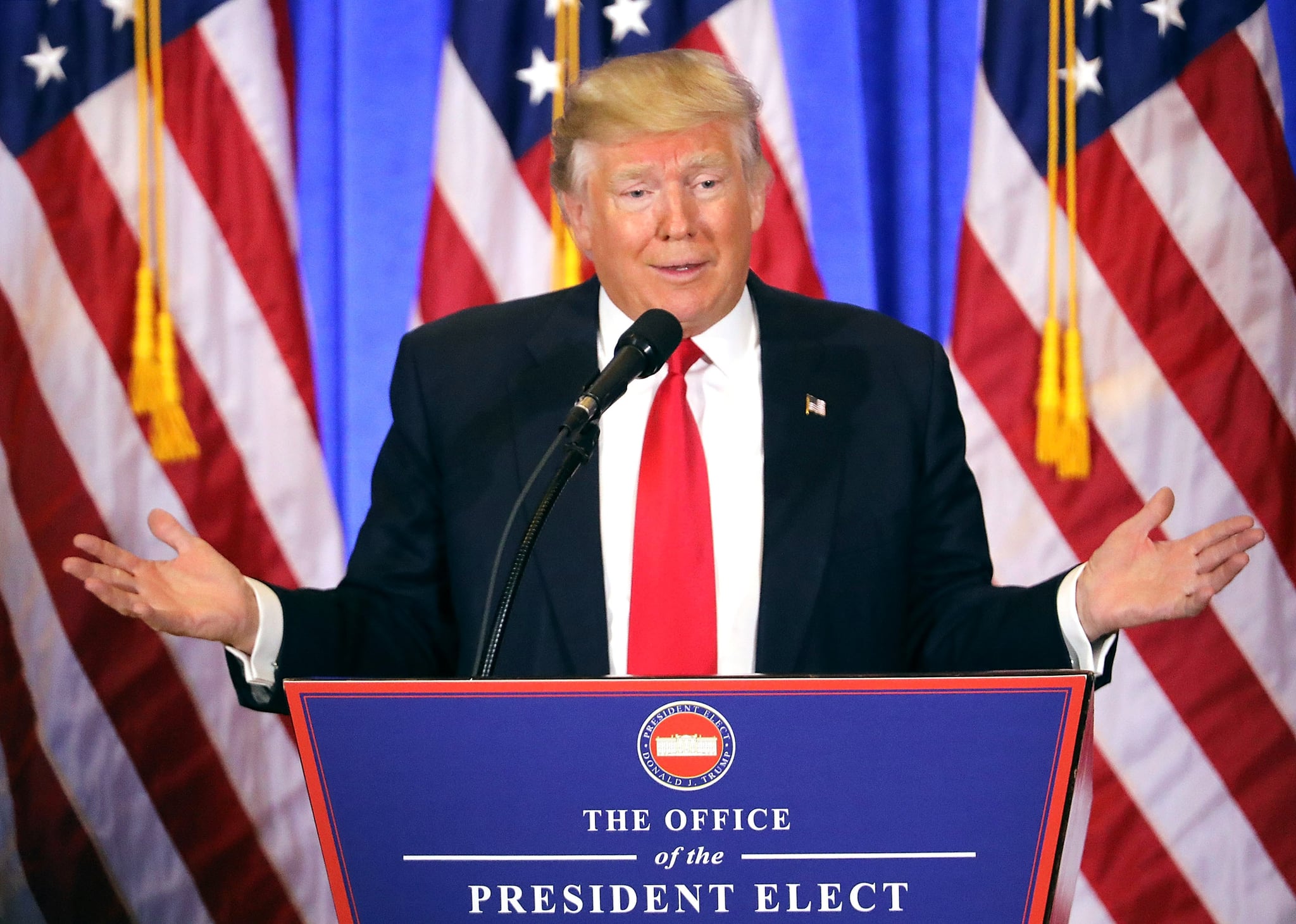 Remember people celebrating the end of 2016 like good times were ahead? I didn't get it. Sure, the presidential campaign was stressful and the shock election of Donald Trump was hard (impossible?) to prepare for. But while Trump may have dominated 2016, the new year so far proves he's just getting started.

If you proudly posted an "I'm With Her" selfie on Nov. 8, 2016, I bet you're gearing up for four to eight years of hourly outrage. For many Americans, real stress comes with every offensive word out of Trump's mouth — or the regressive policy proposals that may impact you or your loved ones. To help toughen you up, I spoke to Dr. Pete Sulack. He founded StressRX.com and a 12-step program for reducing stress levels, called UnhealthyAnonymous.

"We can transcend the petty tragedies of politics by our gracious and noble responses."

Sulack says it's normal for stress to peak around a time of political change: "It has been said that nobody likes change except a wet baby — and even they cry about it! Why? Because change represents the unknown, and humans have a primal fear of the unknown." Sulack says that anytime we experience a major change, the body reacts by ramping up of the stress response. "Unfortunately," he explains, "if the stress response keeps getting initiated by some outside source, you will stay in a state of chronic stress." Judging by the outrageous campaign and presidential transition, there's a good chance Trump could be that outside source that continues to initiate a stress response.

Related:
9 Secrets to Getting Congress to Listen, Straight From Someone Who Worked There

"We only ever have control over one thing: our reactions to life's events," Sulack reminds us, using this analogy: "Like an airplane that can't control the force or direction of the wind, but can course correct by the tilt of its wings, we humans can transcend the petty tragedies of politics by our gracious and noble responses." Reassuring analogies aside, Sulack also has some concrete tips for lowering President Trump-induced stress.

The tone of a news story may increase your stress more than the content. "Predictions of gloom and doom filter down to the common citizen as pictures that stimulate the stress response." Sulack gives this example: "Just today, the Wall Street Journal reported that Donald Trump will bring 'controlled chaos' into the White House. That choice of words is enough to stress anyone out." If you're more mindful of a story's overall voice, you may have a more reasonable reaction to the actual news.

2. Help the People You're Concerned About

There could be very real — and very stressful — consequences to some of Trump's proposed policies. Women fear they'll lose access to reproductive services, Americans with pre-existing conditions worry about affordable health care, and immigrant families are scared of deportation.

"Movement — either physical, emotional, or psychological — counteracts the stress response."

According to Sulack, however, "most of what we worry about never happens, so it doesn't make sense to worry about any particular thing until you absolutely have to." In addition, he says turning your worry into action will help. For example, if you're concerned about the treatment of Muslim immigrants, sign up to help welcome new refugees to your community. If you're concerned about reproductive rights, volunteer for Planned Parenthood. And if you're worried about health care, pick up the phone and call your senator.

"This is an empowering stance, one that is directly opposite of feeling anxious and stressed. It will get you moving. Movement — either physical, emotional, or psychological — counteracts the stress response."

Sulack says imitating leaders who lead by example, not "by shouting and finger-pointing," will help you chill out. "Each person has the choice in each and every occasion to act like the boorish, stubborn, opinionated, narrow-minded politicians that they despise, or they can choose to behave in a fashion that shows their highest and holiest selves."

Looking for a calm, cool and collected leader to emulate? Here's one: Barack Obama. The 44th president had his legacy on the line, yet reacted with grace to Trump's election. That doesn't mean he won't help progressive Americans stand up for their beliefs. But I bet he'll do it in a way that won't stress the hell out of himself. Be more like Barack.

A likely source of stress: friends and family who support Trump. Sulack reminds us that every opinion is a story in disguise. "A person's political beliefs are not created in a vacuum. They don't hold them because they are arrogant, or stupid, or racist, or misogynistic, communistic, or any other label we may want to give them. They formed those beliefs in the wake of their experiences."

"All humans need to be heard," Sulack points out, "and by offering the gift of active listening, you can relieve a lot of the tension of the inauguration and beyond."

Never offer an opinion until you have asked at least three questions.

Sulack explains that productive listening is not about listening to the other person simply to get fuel for your next opinion or comment. "Active listening fully concentrates on what is being said with the intent of understanding where the speaker is coming from." That includes asking open questions like, "Why do you think that happened?" or "How did you come to that conclusion?" "What was it like when you were growing up?" Sulack's rule of thumb is to never offer an opinion until you have asked at least three questions. "By that time, your opinion may seem pointless to the conversation."

Over the next four years, developing a strategy for engaging with people you disagree with will leave you in a much better place.

"We need to make peace with the fact that we can't control the outcome of elections."

7. Take Care of Yourself

"Worry or anxiety is mental stress, so it can be mitigated by nourishing your body," says Sulack. He suggest: healthy foods, deep breathing, sleeping a full eight hours, exercising, avoiding negative people who trigger your fears, giving thanks for all that you have, giving to others in generosity and service. Perhaps a renewed dedication to self-care and giving back can be an upside of the Trump administration.

8. Turn Off the News

"You can always turn off the television," Sulack says. And if you do take in upsetting news, follow the suggestions for taking care of yourself.

9. Consider What You're Grateful For

"With the inauguration of even an unpopular president, we are witnessing the peaceful transfer of power in the longest standing Democratic Republic in history," Sulack reminds us. "That is something to be happy and thankful for. We can affect change, but not if we are stressed out."

10. Give Others Your All

And finally, Sulack turns to a quote from the late Methodist leader John Wesley, a quote that happens to be the life motto of Hillary Clinton: "Do all the good you can, by all the means you can, in all the ways you can, at all the times you can, to all the people you can, as long as ever you can." If that helps Clinton get through hard times, it's good enough for me. 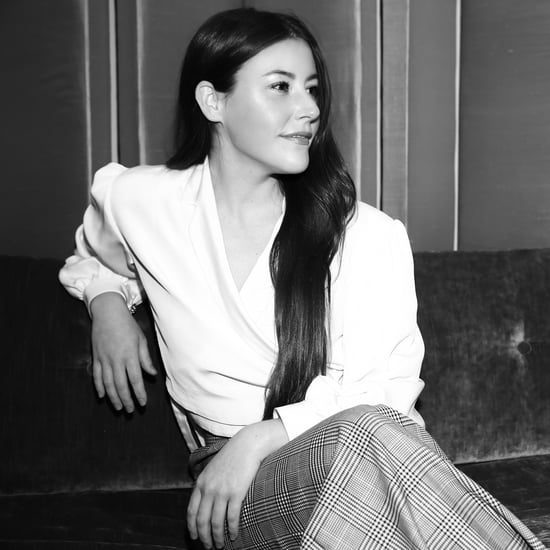 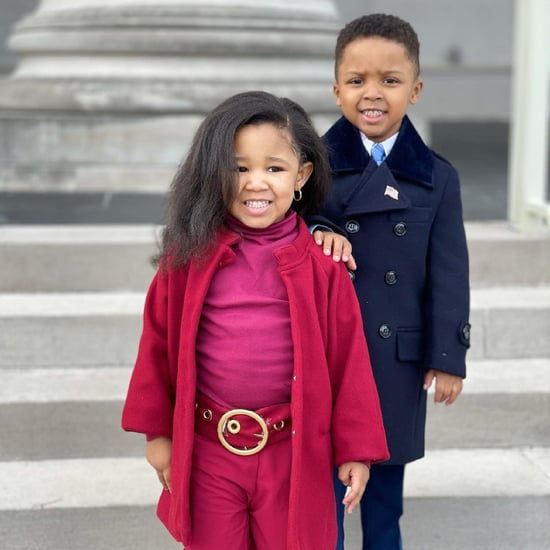 Toddlers
These Kids Re-created the Obamas' Inauguration Look, and We Are Beyond Impressed!
by Murphy Moroney 2/01 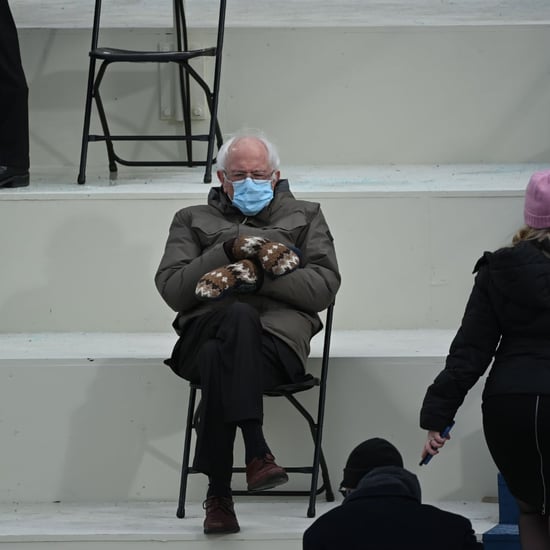