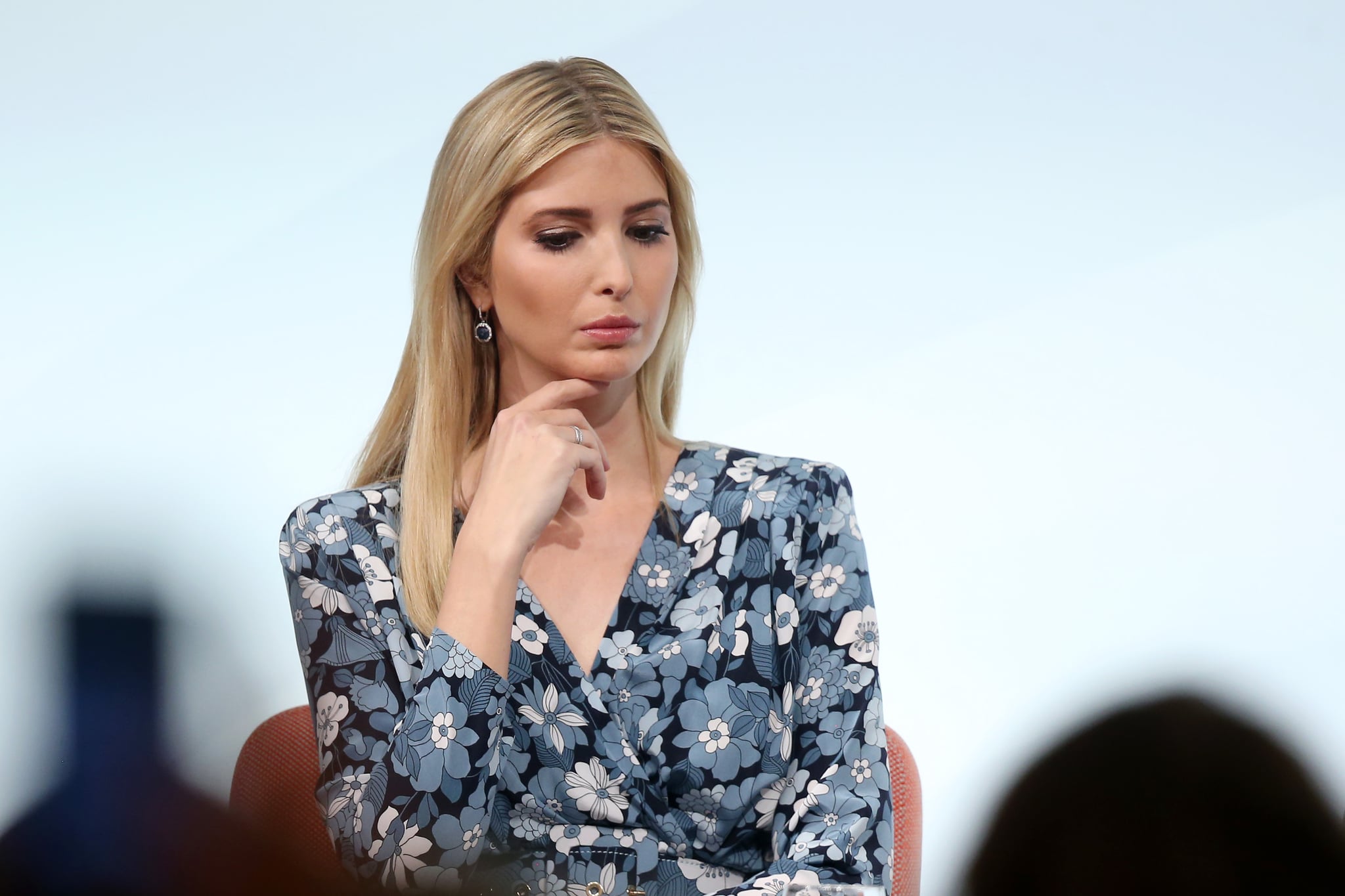 On June 1, Ivanka Trump celebrated the start of Pride Month by expressing her support for the LGBTQ community on her Twitter account. "Logging back on after Shavuot, wishing everyone a joyful #Pride2017. This month we celebrate and honor the #LGBTQ community," Trump tweeted.

Logging back on after Shavuot, wishing everyone a joyful #Pride2017. This month we celebrate and honor the #LGBTQ community.

Shortly after, Trump also shared how "proud" she is to support her LGBTQ friends who have "made immense contributions to our society and economy."

I am proud to support my LGBTQ friends and the LGBTQ Americans who have made immense contributions to our society and economy.

The internet quickly called out the irony of President Donald Trump's eldest daughter declaring herself a supporter of the community when her father's administration doesn't seem to be. Read on to see some poignant reactions to Trump's tweets ahead.

Related:
Ivanka Trump Championed Her Father as a Women's Advocate — and Got Booed

Contributions to economy shouldn't even be mentioned when talking about decency and wellbeing of entire group of people. https://t.co/SBlOXGAF0L

Nice sentiment, but important to distinguish-someone/a group's worth comes from their inherent humanity and not their achievements. https://t.co/Hyw3E3gtpF

Endorsing a regime that would roll back LGBTQ civil rights is NOT support.
You actively disenfranchised the community. @IvankaTrump https://t.co/og0hWYROq4

Really? It sounds a little hollow considering the way the current administration are heading when regarding LGBTQ rights. https://t.co/9Zd2a3opIe

Unless we're POC. Or need healthcare. Or want to stay in our jobs or use a public bathroom. Or want a world not wrecked by climate change. https://t.co/aPRrL67jHE

Remember this tweet. She only likes our economic contributions. She doesn't care about our health, housing, or rights. #trump #pride https://t.co/vi7BJkhBBs

Appreciate the gesture, but it would be really lovely if your father @POTUS @realDonaldTrump wouldn't have blatantly ignored #PRIDEMONTH https://t.co/ocJF9GXpEJ

Relationships
Peloton's Jess King on Fiancée Sophia Urista: "Her Love Has Healed Me in So Many Ways"
by Samantha Brodsky 13 hours ago