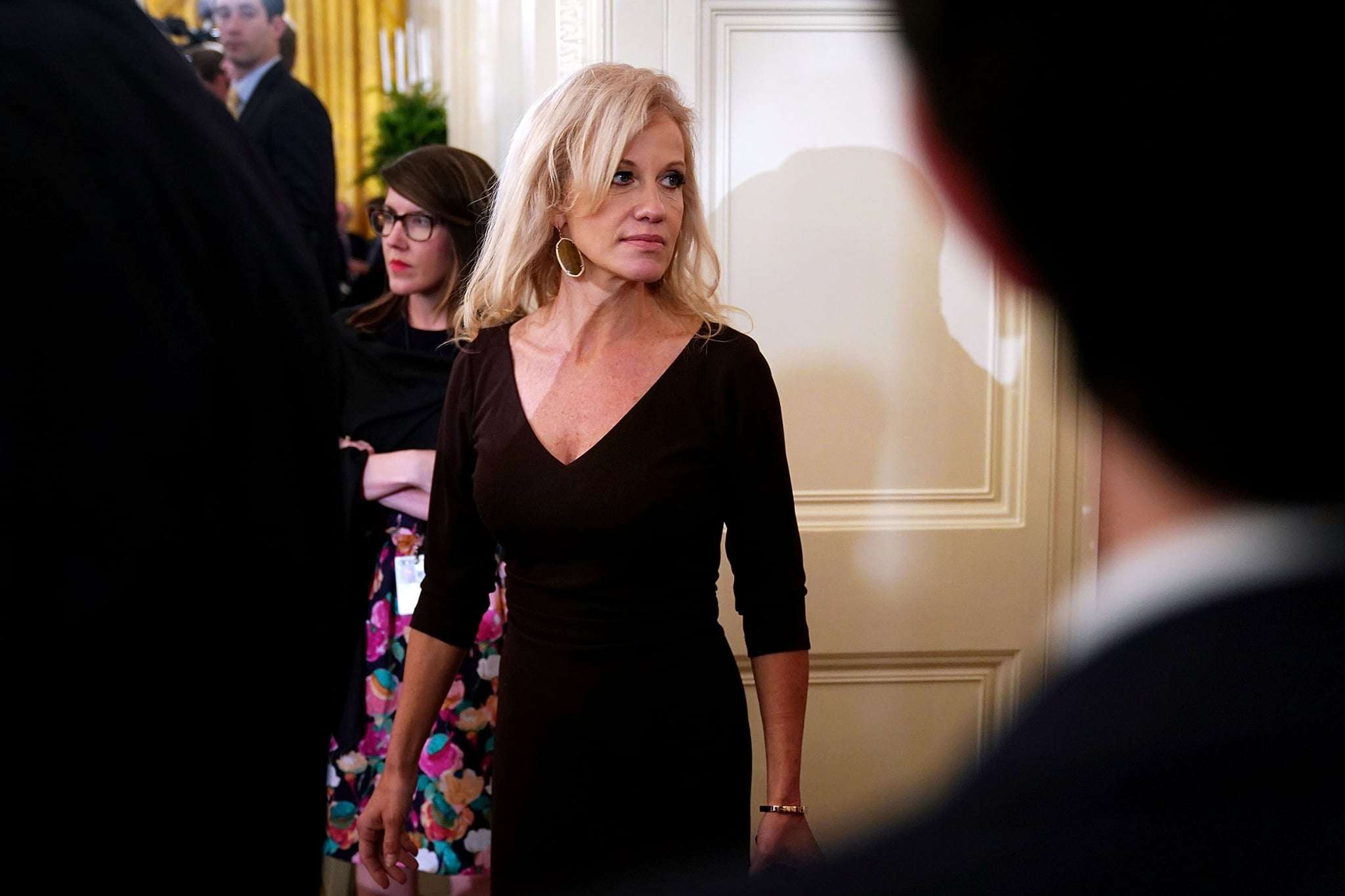 In an appearance on ABC News on Nov. 12, Kellyanne Conway took a definitive stance on Senate candidate Roy Moore. The GOP nominee from Alabama was recently accused of sexually assaulting a 14-year-old girl in 1979, when he was 32. If the allegations are true, Conway maintained that Moore should be disqualified from the race.

"I said very early in this process that the conduct as described should disqualify anyone from serving in public office and I'll stand by that," Conway said in an interview with Martha Raddatz. She added, "The president and others in the Republican party have made clear that if the allegations are true, this man should step aside."

.@KellyannePolls on Roy Moore allegations: “The conduct as described should disqualify anyone from serving in public office.” #ThisWeek pic.twitter.com/QCTN8vfgqg

The irony of Conway's surprisingly tactful statement is that it can also be used to describe the very person she works for in her current role as counselor to the president. Donald Trump has been accused of sexual misconduct by at least 17 women to date, according to NPR.

In October, Trump's campaign received a subpoena for all documents containing information on "any woman alleging that Donald J. Trump touched her inappropriately." The subpoena came from Summer Zervos, a former contestant on The Apprentice, who accused Trump of sexually assaulting her in 2007. Zervos is currently suing Trump for defamation after he called her a liar.

All of this is to say that the "conduct" Trump has been accused of, to use Conway's very own words, should, then, "disqualify" him from "serving in public office." Makes you think, doesn't it?