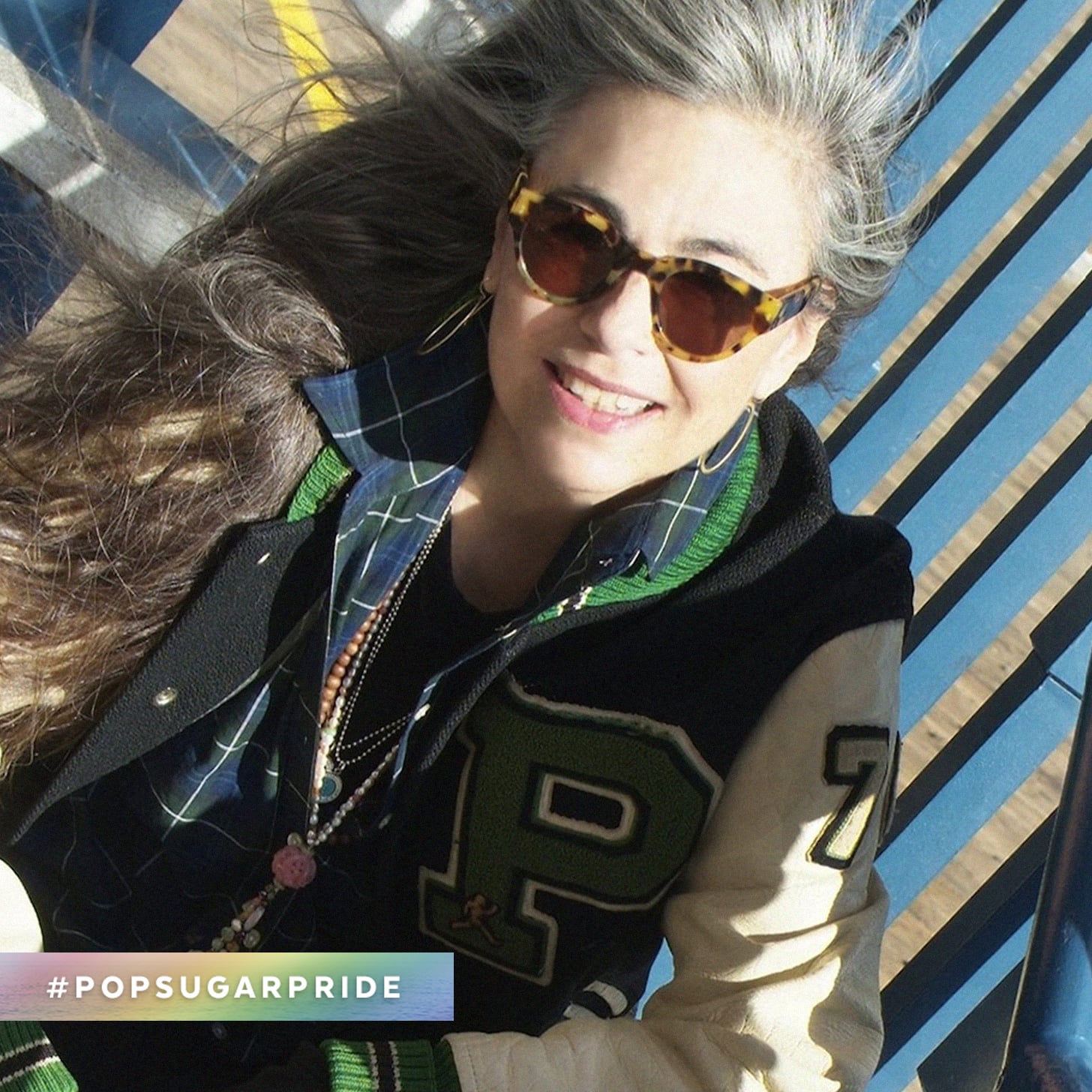 Lisa Freeman is the author of the YA novels Honey Girl and Riptide Summer.

Her name was Kathleen and I knew she was a lesbian the moment I saw her. There was something special about the way her eyes twinkled. We kind of looked alike. She had long hair and wore a 1940s rayon vintage dress, biscuit boots, and a gardenia in her raffia hat that smelled like sweet-pressed cloth. I immediately liked her free spirit and freckle-faced smile. We were both auditioning for the same actors' conservatory. When I saw her again in class, I felt my heart flutter, not with desire but with hope. I'd found someone like me. Finally.

In the 1980s, the world was not a friendly or accepting place for queer people. Luckily, I lived in Los Angeles. You'd think that would have made it easier to come out, but it didn't. Back then we had to rely on instinct and word of mouth to find our people. I was suffering in the closet in an industry that didn't hire out lesbians. My new friend Kathleen had no idea the amount of pain I was in. 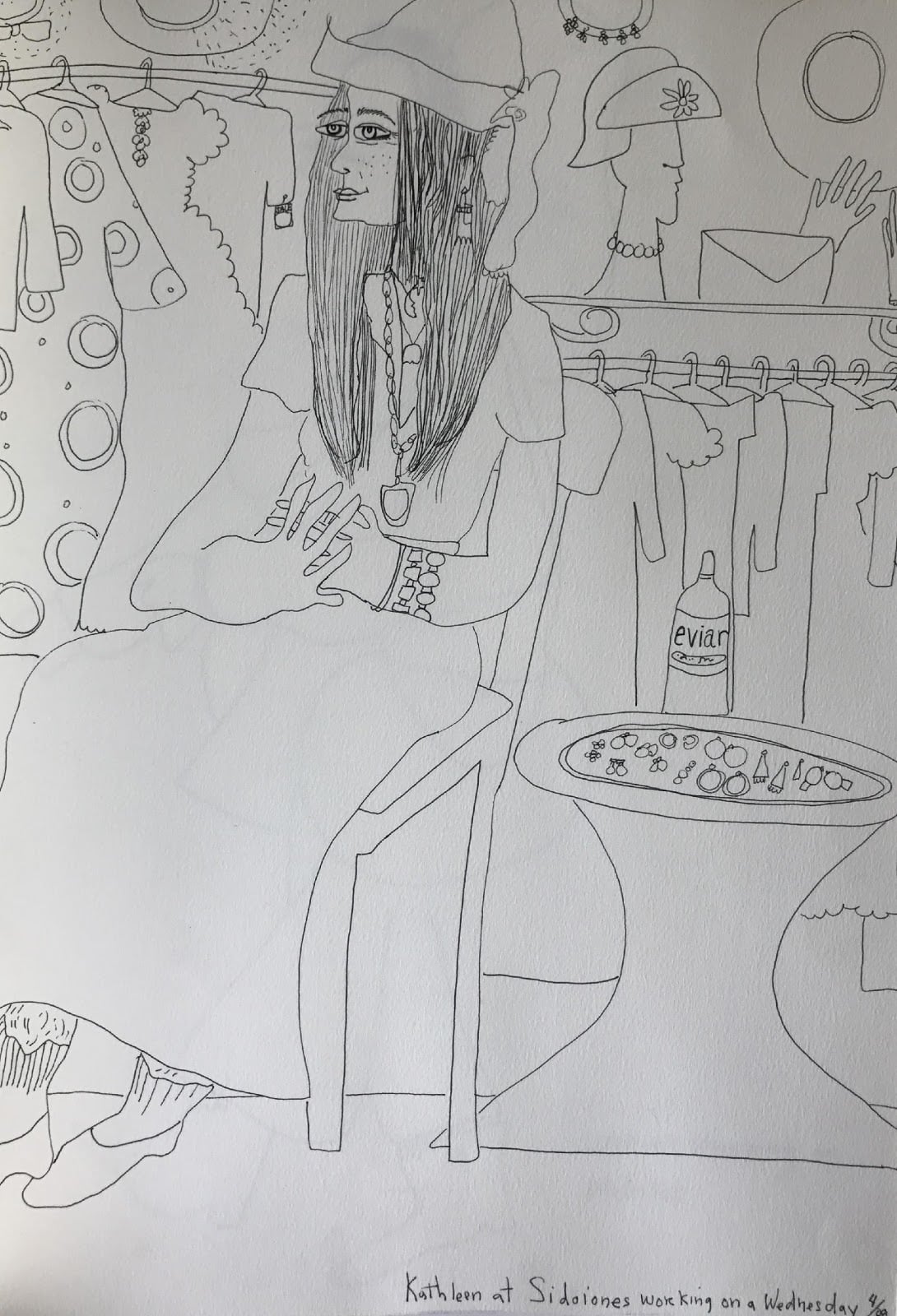 After acting class one day, Kathleen's girlfriend, Linda, screeched her Jeep to a halt in front of us. Kathleen casually asked if I wanted to go to Long Beach Pride with them.

"Yes!" I said without hesitation. Kathleen's eyes bugged out and I remember Linda's deep voice booming, "I knew it!"

Linda was a singer, and she had my number. She wore a bolo tie, ear cuff, Levi's 501s with holes in them, and a leather jacket with shoulder pads. Best of all, she smelled like Aqua Net hairspray.

Talking to Linda was the first time I sort of admitted my attraction to women out loud. Secretly, I had a heartbreaking fling with an aerobics teacher that lasted an evening. Now, I found myself with friends who were active members of a community I longed to know. I trusted them and felt safe. Kathleen was so stunned, she needed the bumper-to-bumper traffic on the 405 to regroup. But Linda talked to me like I was an old pal. We had an immediate connection and I finally felt relief.

When we got to Long Beach, we were met by a rosy-cheeked redhead with a mullet who worked as a bouncer at the Que Sera by night and as Linda's roadie by day. She was an ex-Army grunt that used to drive a tank, so of course she was strong.

"I like what you're wearing," she said as she looked me up and down.

It was a hot day. I had on cowboy boots, a black lace-up vest, a long Laise Adzer moroccan skirt, dangling silver earrings, and a conch belt. When I woke up that morning and got dressed, I had no idea the day would take me here. I felt self-conscious and nervous. Back then, femme-presenting dykes like me weren't taken seriously. We were called "lipstick lesbians," but I was with Kathleen, and she was a fearless, radical activist who wore her femininity without apology. 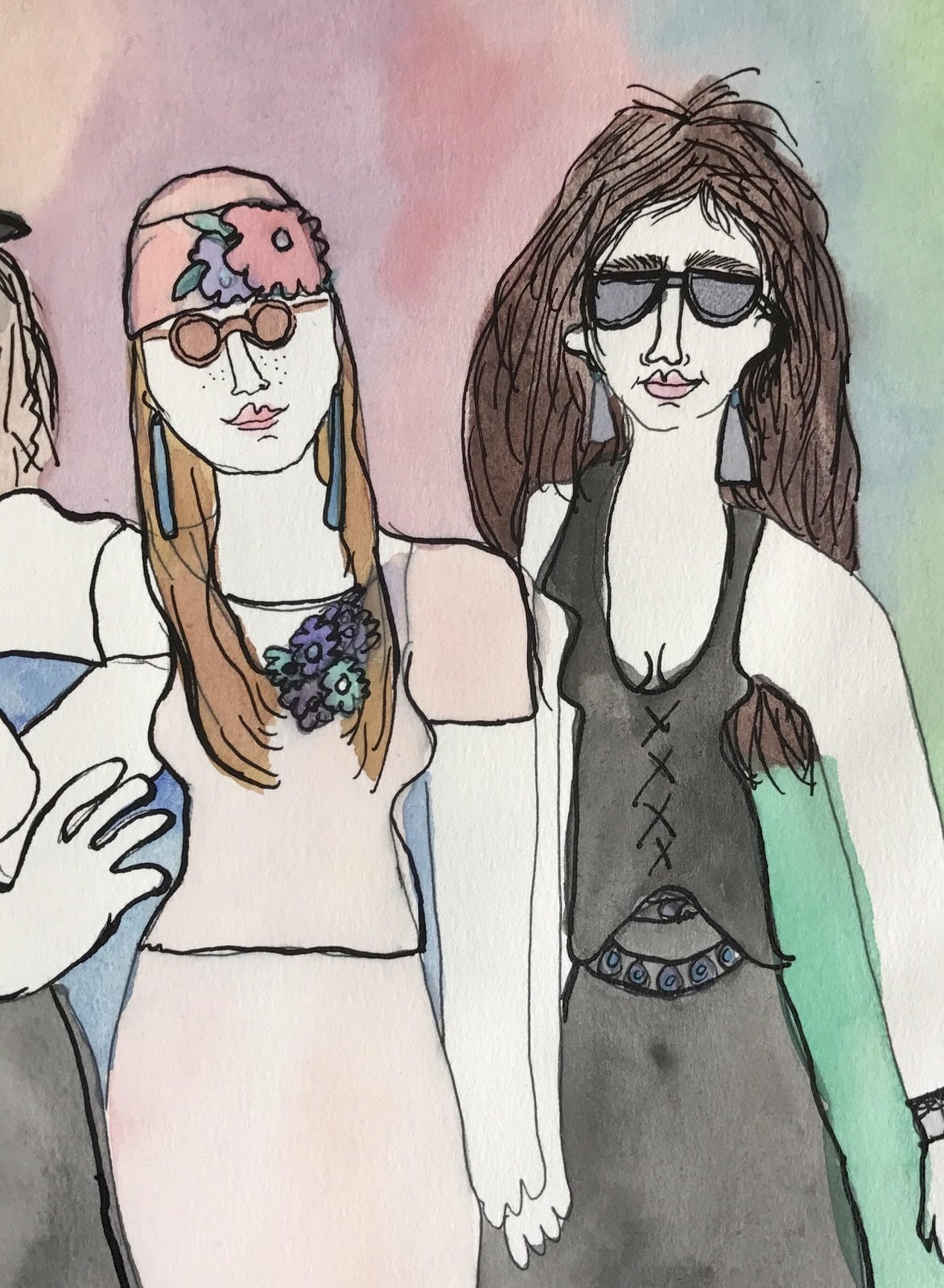 We had to load in guitars. I had no idea Linda was headlining Long Beach Pride. The butch roadie flipped an amp over her shoulder and grabbed the pedals. Kathleen carried the 12-string Ovation and my sweaty hand gripped the six-string Fender, the heaviest case of all. We had to walk through the festival, schlepping the gear past vendors that sold black and shocking pink "SILENCE = DEATH" t-shirts with upside down triangles and rainbow paraphernalia.

I knew I was crossing into another world, but what made me stop in my tracks was the sight of hundreds of women, at least a football field of them, sitting in the ravine before us, talking and celebrating. There was not a single man among them; the gay guys knew intuitively not to stroll down this way.

I looked back. There was nothing behind me. I felt like I was officially entering the world of woman love, physically, mentally, and spiritually, leaving behind what was left of my heterosexual identity. It was like landing on the Isle of Lesbos during the time of Sappho. Extraordinary.

Beside the stage stood a dark Scorpio-type. She was petite, rolling a cigarette and tapping her foot. I almost dropped the heavy guitar on her. She shot me a look; it was love at first sight. She was the saxophone and conga player in the band and would become my first girlfriend. Later that night, we danced at the Executive Suite, a notorious lesbian bar. The normality of it was sublime. Where I usually felt uncomfortable, I finally felt at home, empowered and free, no longer criticized or concerned with anyone knowing the truth. I felt a low hum of elation through the music under a darkening sky, waiting for the moon to rise. It was as if something forgotten lifetimes ago was returning to me. 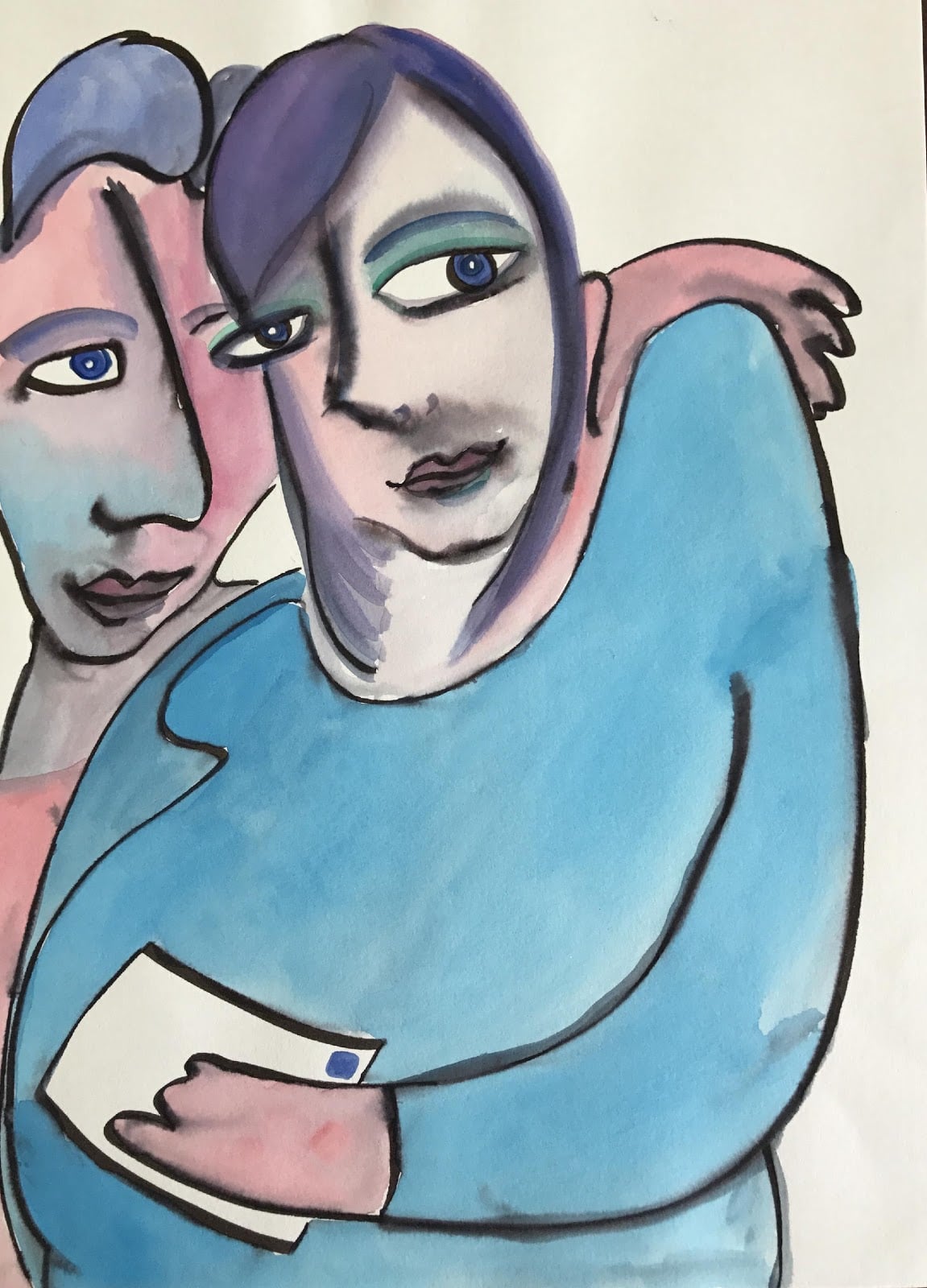 Years later, I left the sax player and Kathleen eventually broke up with the singer, but our friendship continues to this day. We are sitting in Waikiki on a Sunday morning, having breakfast, reminiscing, and drinking iced tea. We are both mothers, I am with my partner of 20 years, and she is single for the first time in 15. Neither one of us is acting anymore, but Kathleen and I are still bonded by those early years. She is with me at the Hawaii Book and Music Festival to launch Riptide Summer, the second book in the Honey Girl series.

I am grateful and proud of our sisterhood. Kathleen and I have lived through many ups and downs. We both get nostalgic during June and talk of Stonewall, the brave drag queens and queers that started the gay revolution, our first dyke marches, and all of our friends who died of AIDS.

The new generation of LGBTQ+ youth inspires me. Their voices are growing in schools, on YouTube and other social media, as actors, singers, and teachers. I know their strength will lead our community into the future, even in these increasingly difficult political times. Happy Pride everyone.