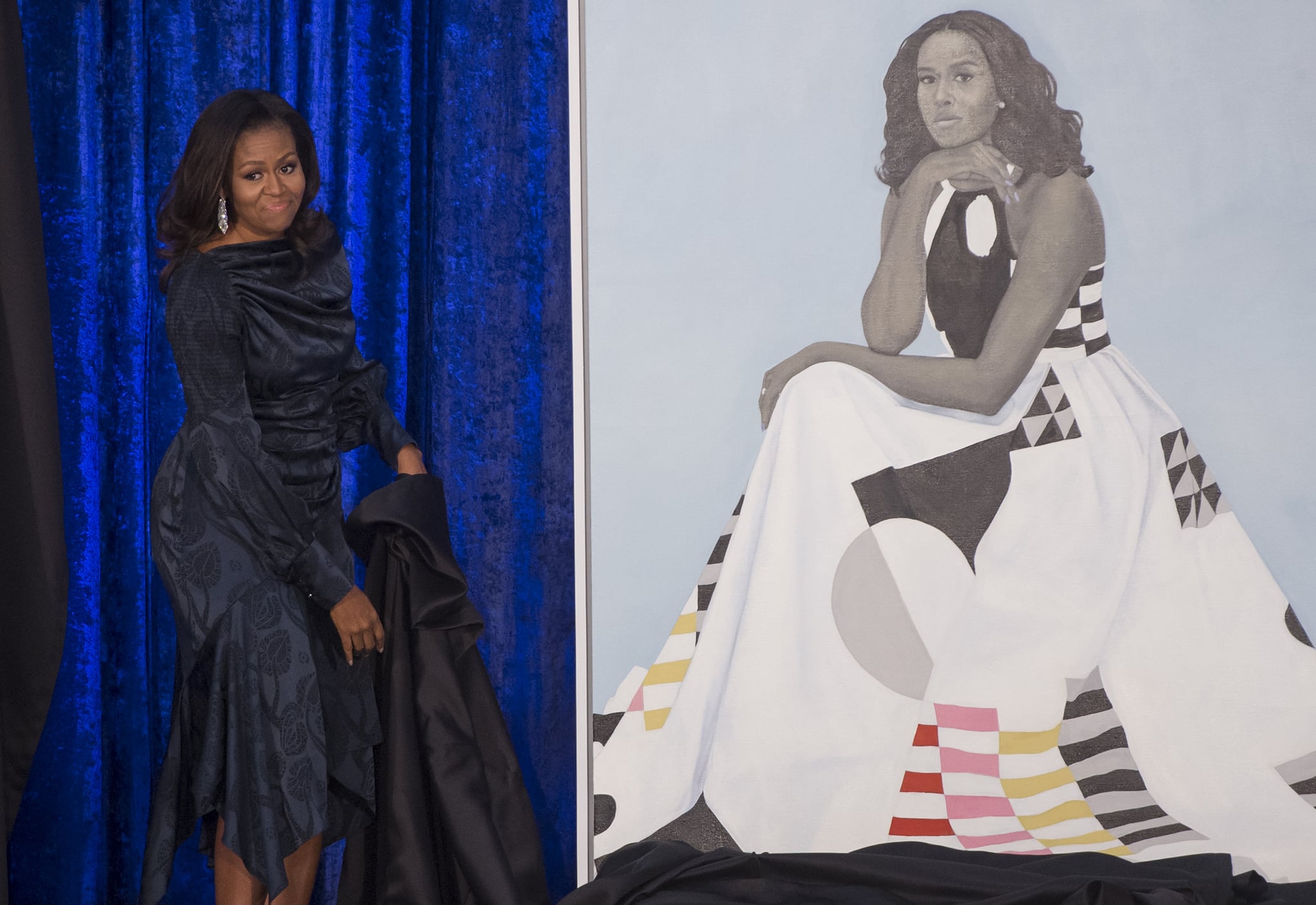 It's only been a month since Michelle Obama's official portrait was installed at the Smithsonian's National Portrait Gallery, but the portrait is already being moved due to high demand. Painted by Amy Sherald, the portrait was originally hung in a fairly inconspicuous hallway — and despite its location, people were still lining up to catch a glimpse.

On March 21, the gallery shared a picture of the portrait's new and "more spacious" location on the third floor "due to the high volume of visitors." Adding, "We're always changing things up here."

The former first lady's portrait received additional buzz after a photo of a little girl gazing up at it went viral. Eventually, Obama heard about 2-year-old Parker Curry's awestruck reaction and set up a meeting with her in person. On Instagram, Obama shared pictures from the sweet meeting and wrote, "Maybe one day I'll proudly look up at a portrait of you!"

Celebrity Instagrams
Be Still Our Hearts! Barack Obama Posts Sweet Birthday Note For Michelle: "You Are My Star"
by Brea Cubit 3 days ago