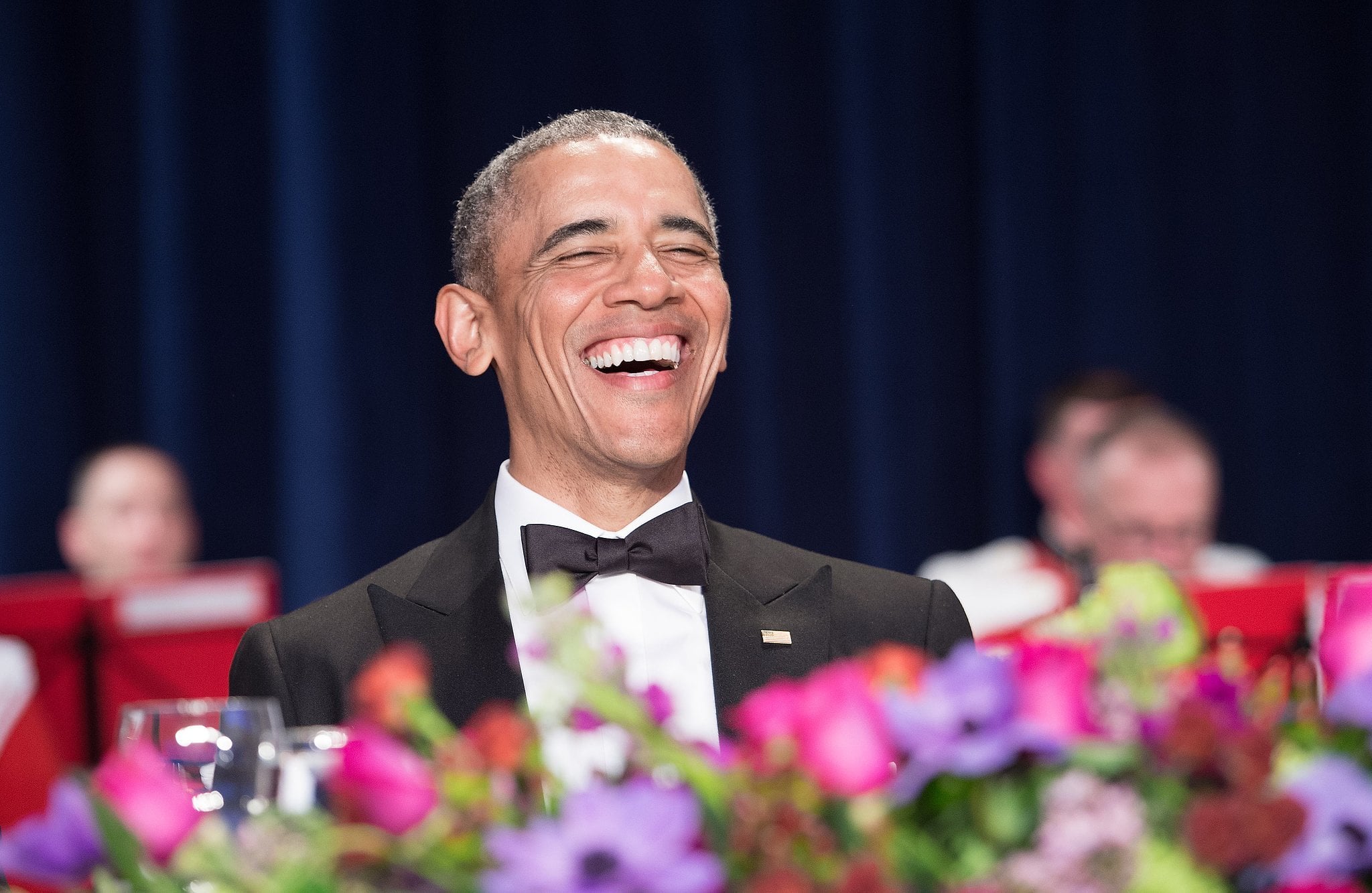 "I can smell that he's close by," said my Uber driver Te Arria, as we sat in traffic approaching the Hilton in Washington DC. "The president."

She was right. The Hilton was where President Barack Obama would have the last White House Correspondents' Dinner (WHCD) of his presidency. But Te Arria, a young black woman who had spent the last few days analyzing Beyoncé's Lemonade album, didn't know that. She naturally thought the dinner would be held at the White House.

Instead, Te Arria could just tell from the energy in the air — the swarms of police cars, the gray clouds that looked like they were about to burst with raindrops, the frenetic pace of people with somewhere to be.

Somewhere in the back of that pic is Obama motorcade #whcd2016 pic.twitter.com/mVdxdMJjpY

When she found out I was headed to the CBS/Atlantic WHCD preparty at the Hilton, she said, "You'll get so much closer to him than I'll ever be. If you see him, tell him I say hi — I love that guy so much."

I never managed to meet the president (or even get into the dinner), but the entire weekend brimmed with similar moments, with all types of people in Washington DC reflecting on how memorable the dinner would be. Obama's legacy was palpable.

Here's to President Obama's last WHCD speech. Thank you for 8 years of service, and showing a generation of kids nothing is impossible.

For those not familiar, the WHCD weekend is also known as "nerd prom," a time of year when Washington celebrates the media and both worlds collide for a weekend of lavish parties attended by celebrities. Some have criticized its nature — how can reporters get so friendly with the politicians they're supposed to be scrutinizing? And it can certainly feel cliquey, like you're watching an insider convo unfold on Twitter. Example: the brawl that happened between two reporters at the MSNBC afterparty.

Celebrities at the annual WHCD garden brunch, held the morning of the dinner, said they were sad to see the Obamas go. Model Ashley Graham is going to miss Michelle Obama's influential style the most; Michael Kelly, who plays Doug Stamper on House of Cards, and Scott Foley, who plays Jake Ballard on Scandal, said President Obama would be the highlight of the night because of his fun personality. "If you're not the most excited to see Obama, who are you?" asked Foley.

That time Scott Foley said, " If you're not the most excited to see Obama, who ARE you?" #whcd #gardenbrunch pic.twitter.com/mqZLApOPZt

Stars weren't the only ones relishing in one of Obama's last major appearances. A black media agent named Melissa was at the People/Time party with her elderly mother from New York, who was her plus-one to the dinner. She said Obama had done so much for their community. It was their last chance to see him up close, together.

Washington wasn't just mourning Obama — The Onion held a party for the vice president, too. Diamond Joe Biden's Badass Balls-to-the-Wall fiesta (can't make this stuff up) was one of the most popular events; partygoers waited in the sprinkling rain for up to 45 minutes to get in.

Ridiculous life-size cutouts of the vice president greeted guests at the entrance; in the main ballroom, they guzzled on a signature drink called "Dynamite Joe's Patented F*ck Your Ass Up Punch." Shockingly, Joe Biden was a no-show.

One of the reasons folks were so nostalgic about the Obama administration was the ominous outcome of this election. Who will be here next year? Could it be Donald Trump? A doctor I spoke with at the People/TIME party told me: "We never thought Trump would make it this far so who's to say he won't become president?"

Of course, the Obama administration has not gone without its criticisms. Larry Wilmore, the host of The Nightly Show and of the dinner, ripped into Obama for drone strikes that have killed civilians, not closing Guantanamo Bay, and spending too much time on frivolous activities like golf. But in a touching moment, he also reflected on what it means to him, a black man, that Obama is our nation's first black president: "When I was a kid, I lived in a country where people couldn't accept a black quarterback . . . and now, to live in your time, Mr. President, when a black man can lead the entire free world — words alone do me no justice."

The president ended his own witty, sentimental speech as only he could: with a viral mic drop and two words: "Obama out."

"With that, I have just two more words to say: Obama Out." —@POTUS #WHCD pic.twitter.com/RQSDh92YsU

Just like that, with eight months left of his administration, Obama added to the list of reasons he will be missed — not just in Washington, but across the country.

Celebrity Instagrams
Barack Obama Celebrates Michelle's 57th Birthday: "Every Moment With You Is a Blessing"
by Karenna Meredith 4 hours ago