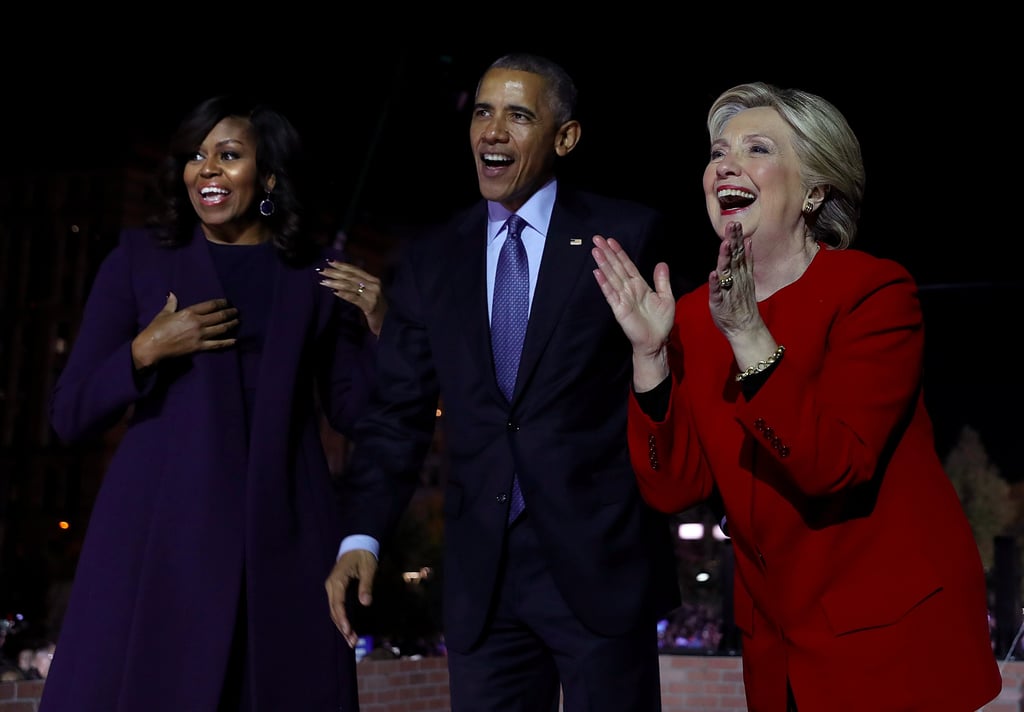 President Obama's frequent campaign speeches for Hillary Clinton are actually an anomaly when you look at history. It's rare for current presidents to push for a desired predecessor as much as Obama has for Clinton (even more so considering they were once opponents in 2008). As NPR points out, sitting presidents who have low approval ratings at the end of their term are hardly the ideal spokesperson. But Obama has a higher approval rating than Ronald Reagan during his final days, and he's putting it to use supporting Clinton so she can carry on his legacy.

Obama threw his favor behind Clinton one last time at a rally in Philadelphia on Monday night along with Michelle Obama, Bruce Springsteen, Jon Bon Jovi, and Chelsea and Bill Clinton. Pennsylvania is vital to Hillary Clinton's path to victory, so it makes sense she would pull out all the stops in one final push before Election Day.

President Obama: "I am betting that tomorrow, you will reject fear and choose hope" https://t.co/yintxPQMfv https://t.co/mH56rwxNqd

Ahead are some highlights from the concert and rally. Seeing the first black president next to the first major-party female presidential nominee is certainly an unforgettable image.