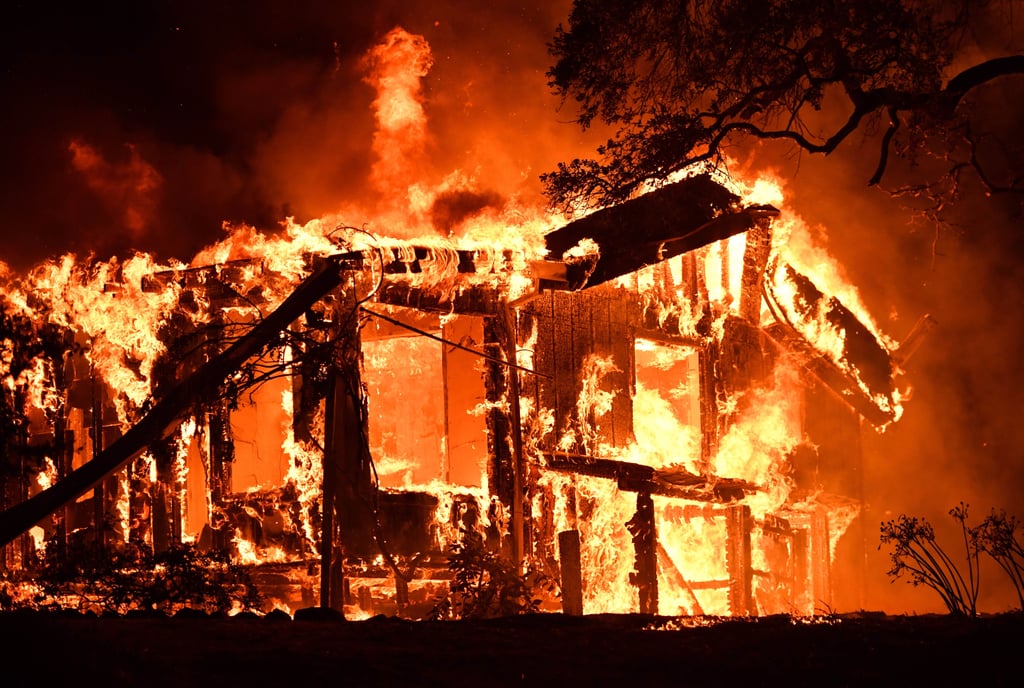 California's Napa and Sonoma counties are reeling after more than a dozen wildfires forced residents out of their homes on Oct. 9. According to The Washington Post, the wildfires have already claimed 1,500 homes and businesses, with several people being reported as injured.

800+ people were in #California shelters overnight due to #wildfire evacuations. Safety tips if you may be impacted: https://t.co/W2aq2PIqiy pic.twitter.com/C31qECmU1j

Significant wind speeds are causing the fires to spread rapidly, making it exceptionally difficult for firefighters to contain the path of destruction. California Governor Jerry Brown moved to issue an emergency proclamation for three counties in Northern California as dry conditions, aggressive winds, and high temperatures continue to make the situation especially precarious.

Related:
What's the Best Way to Help After a Disaster Like Hurricane Harvey? An Expert Weighs In

This latest harrowing episode of wildfires serves as yet another reminder that rising temperatures are an immediate threat — to California and the rest of the Western US, too. To get a clearer understanding of the dire situation Californians are currently facing, take a look at the photos of these wildfires ahead.