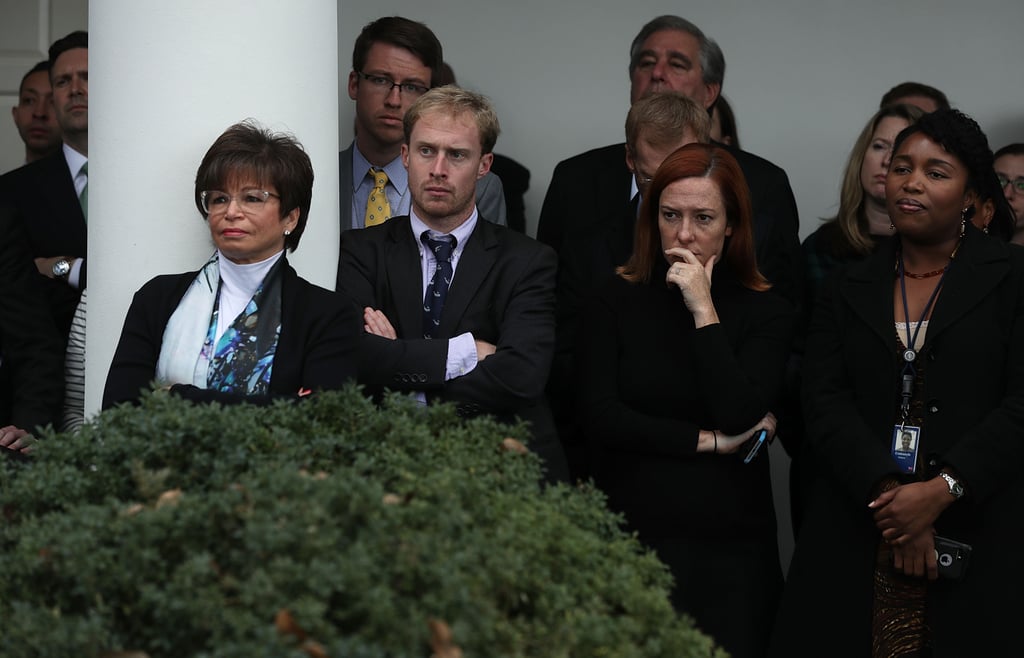 While President Obama appeared assuring and hopeful during his Wednesday speech following Donald Trump's unexpected win, his staff might not have felt the same way. While we don't know exactly what was going through their minds, the pictures taken at Rose Garden show many members of the White House staff looking, well, sad.

The internet has since become fascinated with the pictures, which seem to represent how many voters are feeling after Trump's surprising victory. The photos depict major players like Senior Adviser Valerie Jarrett, Press Secretary Josh Earnest, Communication Director Jen Psaki, and National Security Adviser Susan Rice.

Many people on Twitter have stated that the photos were from the president's first meeting with Trump on Thursday, Nov. 10, when they were actually taken during his speech on Wednesday, Nov. 9. Regardless, the chilling emotion radiating from the pictures can be felt.