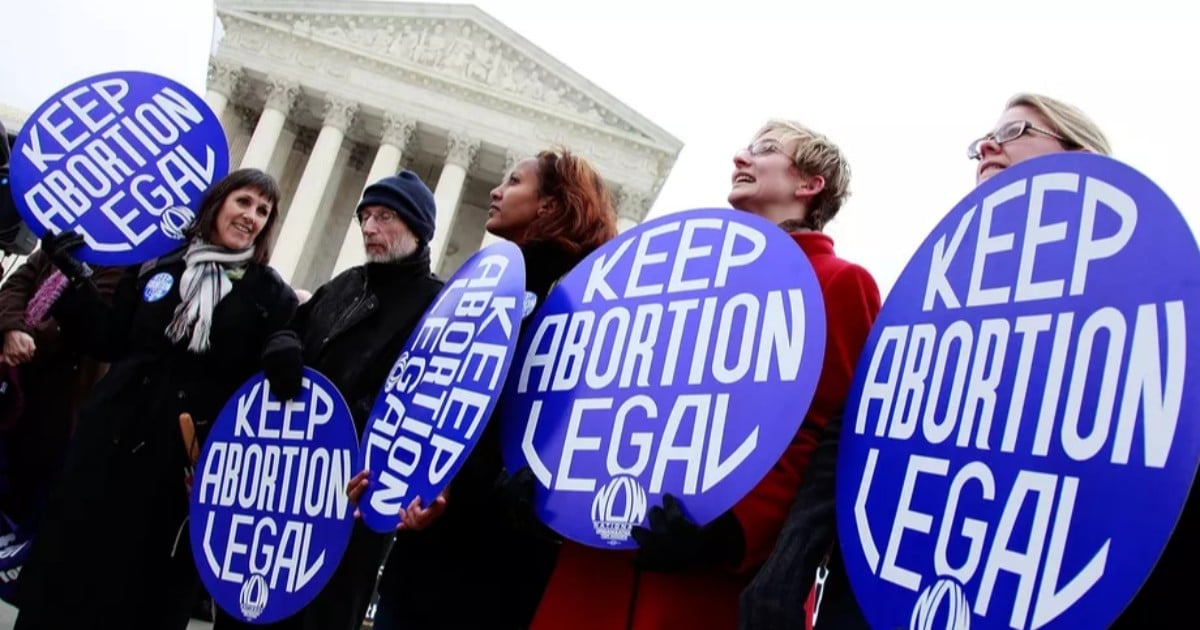 In March, four state legislatures advanced a litany of dangerous antiabortion laws all on the same day. In the following weeks, Georgia's state legislature passed a bill that would sweepingly ban and criminalize nearly all abortions — even before most women know they're pregnant. And all of these proposals come in the wake of a series of controversies demonizing later-in-pregnancy abortion since the beginning of this year, when Virginia and New York state legislatures took action to protect that right, leading antiabortion politicians to sweepingly equate it with "infanticide."

Yet, among the most salient issues discussed on the 2020 presidential campaign trail, from climate change to Medicare for All, reproductive rights are noticeably absent. It's a dire time for abortion access in America with a conservative majority on the Supreme Court and a ceaseless onslaught of extremist, antiabortion legislation in state legislatures. That's why the silence on this issue from presidential candidates who claim to be "pro-choice" is deafening.

Of the current field of Democratic presidential candidates, all of the most viable front runners identify as pro-choice. Candidates like Senators Kamala Harris, Elizabeth Warren, Kirsten Gillibrand, Bernie Sanders, and more maintain strong pro-choice voting records and high scores from leading reproductive rights advocacy groups. Yet, in the rare event that candidates discuss reproductive rights on the campaign trail at all, many "pro-choice" politicians and presidential candidates continually shy away from even using the word "abortion," opting instead for lines like "a woman's right to choose" or "family planning."

The widely used "pro-choice" label itself is arguably an extension of abortion stigma.

Earlier this month, Beto O'Rourke gained national attention for responding to a question about later abortion by simply and straightforwardly insisting that he "[trusts] women." In a tweet commemorating the anniversary of Roe v. Wade this year, Cory Booker proclaimed the importance of "protecting a woman's right to choose." Sanders, who has previously endorsed "progressive," antiabortion Democrats and dismissed abortion rights as a "social issue," also marked the anniversary of Roe by pledging to "continually fight for women's right to choose."

And while Harris's Senate record has included extensive work to support incarcerated pregnant women, address disparate maternal death rates among black women, and, more recently, eliminate a ban on federal taxpayer funding for abortion, she has yet to reference this work on the presidential campaign trail. Warren's record of floor speeches warning of the fatal impact of banning abortion and her op-ed warning of the perils faced by Roe seem more like the exception than the rule.

The widely used "pro-choice" label itself is arguably an extension of abortion stigma, as it allows for ambiguity and enables its users to avoid the word "abortion." As a result, this vague language advances the very stigma and misogyny that antiabortion politicians use to justify dangerous laws restricting abortion care.

Following President Trump's reference to later-in-pregnancy abortion as infanticide in his State of the Union speech, and a high-profile antichoice Senate bill purporting to defend "abortion survivors," Republican state lawmakers have increasingly been introducing and passing antiabortion "personhood" laws. Meanwhile, the Supreme Court is ideologically poised to slash or entirely dismantle abortion rights following the confirmation of Brett Kavanaugh; we've already seen Kavanaugh vote to uphold a Louisiana antiabortion law in one case in February.

While these aforementioned events reflect an uptick in antiabortion policies since the Trump presidency, the war on women's reproductive rights across the board has been heating up for years now. Unsurprisingly, this has had a harmful impact on public health, with US maternal death rates steadily rising in tandem with a recent influx of antiabortion laws at the state and federal level.

The past seven years alone have seen the passage of more than a third of all 1,200 antiabortion laws enacted since Roe v. Wade, and the US now has the highest maternal death rate in the industrialized world, with higher death rates — especially for women of color — in states with more restrictions on abortion. Notably, maternal death rates around the world have steadily been sinking.

We can no longer avoid discussion and direct action on the issue of abortion rights. Women's collective ability to participate in public life, to control their destinies, and experience safety and determinism in their own bodies hinges on their access to the full range of reproductive health care. It's past time for politicians — and especially politicians vying for the highest office in the country — to treat abortion rights with the urgency they deserve. And that certainly requires saying the word "abortion" out loud.