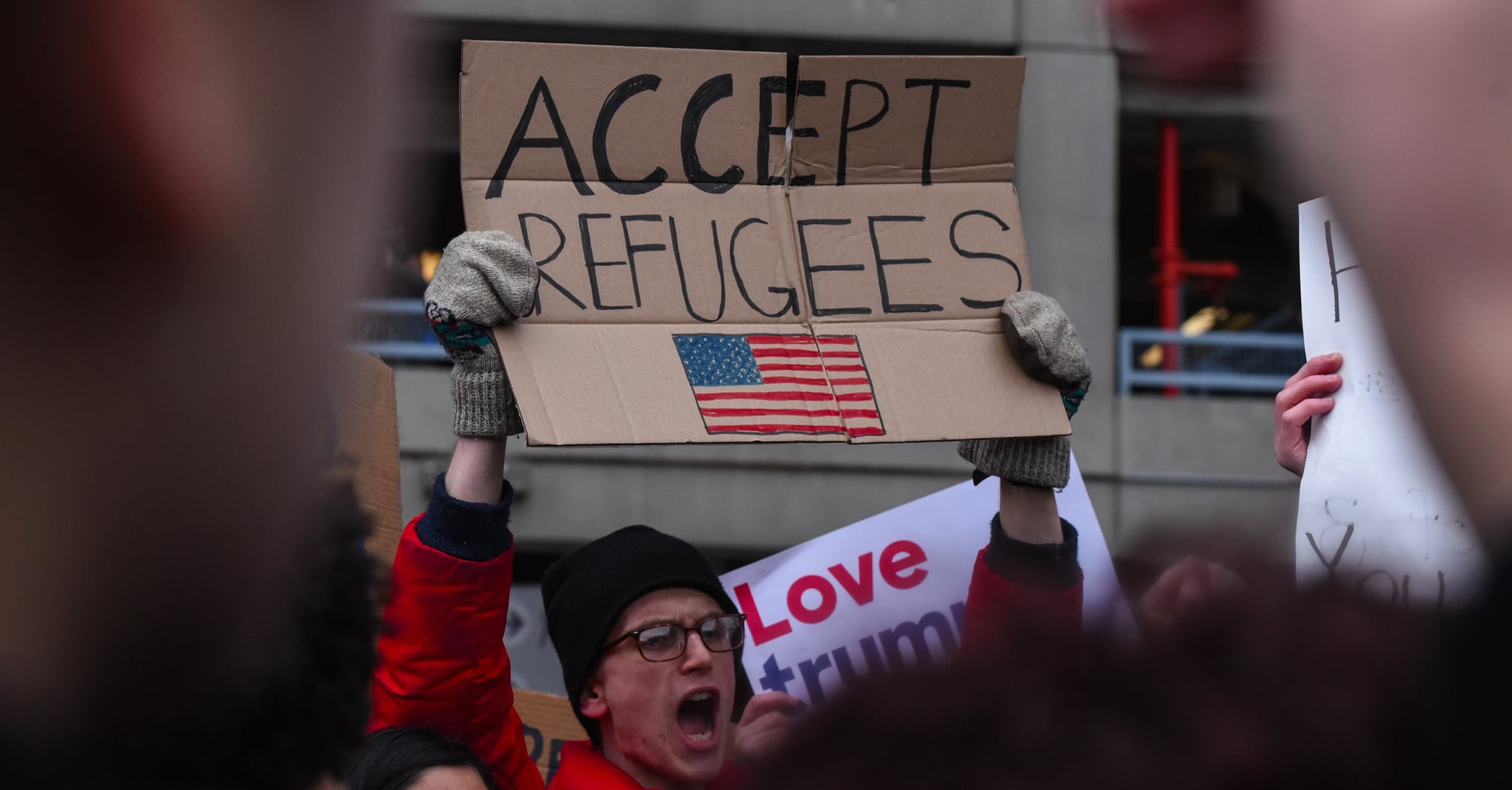 On Friday, Jan. 27, President Trump signed an executive order to indefinitely ban the United States from accepting Syrian refugees. Other provisions in his executive order include a temporary ban on refugees from other countries of predominantly Muslim faith and a 30-day visa suspension for residents of Libya, Syria, Iraq, Somalia, Yemen, and Iran.

Americans who were outraged by Trump's decision arrived in droves at airports around the country to voice their support for detainees being held because of the executive order. Many of the protesters chanted, "Let them in!" and held up signs which read "#NoBanNoWall" in a powerful display of solidarity against the order. Watch some of their responses to President Trump's ban ahead.

Protesters applauded as detainees were released from Washington Dulles International Airport in Virginia.

Protesters cheered after the first detainee from Iran was released from San Francisco International Airport.

ACLU Executive Director Anthony D. Romero spoke to the crowd in front of a courthouse after ACLU lawyers argued and won their case to block the ban.

Refugees will not be deported.

Crowds of protesters chanted, "Let them in!"

Applause erupted after the last person detained at Logan International Airport in Boston was released.

The scene at JFK Terminal 4 right now, where protestors chant in support of those detained following Trump's exec order: "Let them in!" pic.twitter.com/pvg7wr0FJw