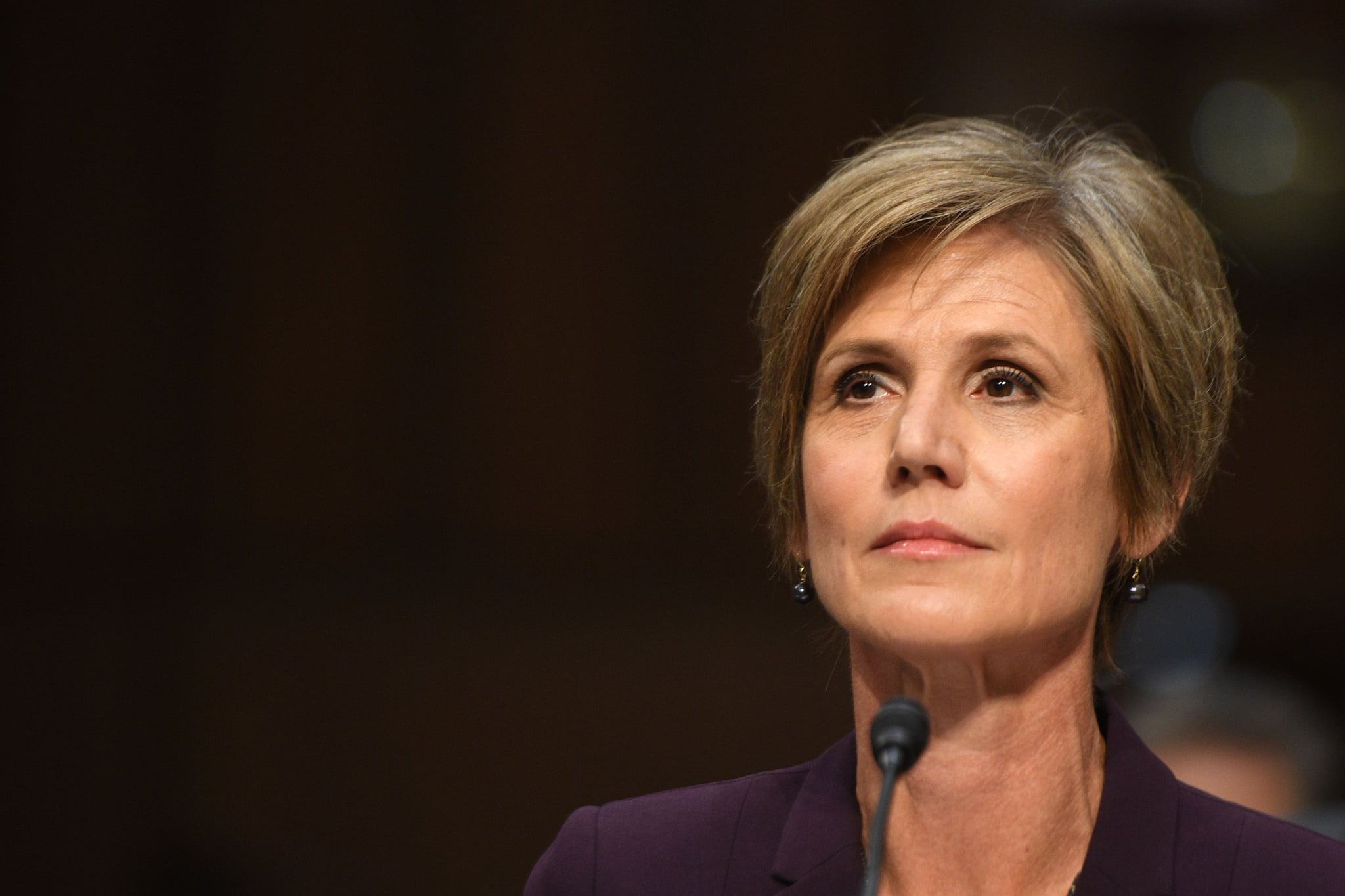 Sally Yates believes that there are causes worth fighting for, and that includes ones that are risky and potentially career-altering — like her decision not to defend President Donald Trump's controversial travel ban in January. In a commencement speech to Harvard Law on May 24, Yates delivered some sound advice to graduates and reflected on her time at the Department of Justice.

Yates originally thought her time as acting attorney general was going to be unremarkable. However, once she learned of the immigration ban on her way to the airport on Jan. 27, she said she knew she had been wrong. The Department of Justice was expected to defend the president's orders, but this was "an unexpected moment, when the law and conscience intersected and a decision had to be made in a very short period of time," she said. Yates told the Department of Justice to not defend the order on Jan. 30 and was fired later that day. She told the graduates that she thought about resigning but instead chose to fight the order. "I believed then and I believe now that resigning would have protected my personal integrity," she said. "But, it would not have protected the integrity of the Department of Justice."

Related:
5 Moments From Sally Yates's Senate Testimony That Prove Just How Badass She Is

Yates reminded the crowd that "the defining moments in our lives don't come with advance warning," and just as she took a risk with the travel ban, she hoped the graduates would do the same. "But I'm hoping that fear of being wrong won't keep you from acting," she said. You can watch her full remarks ahead.