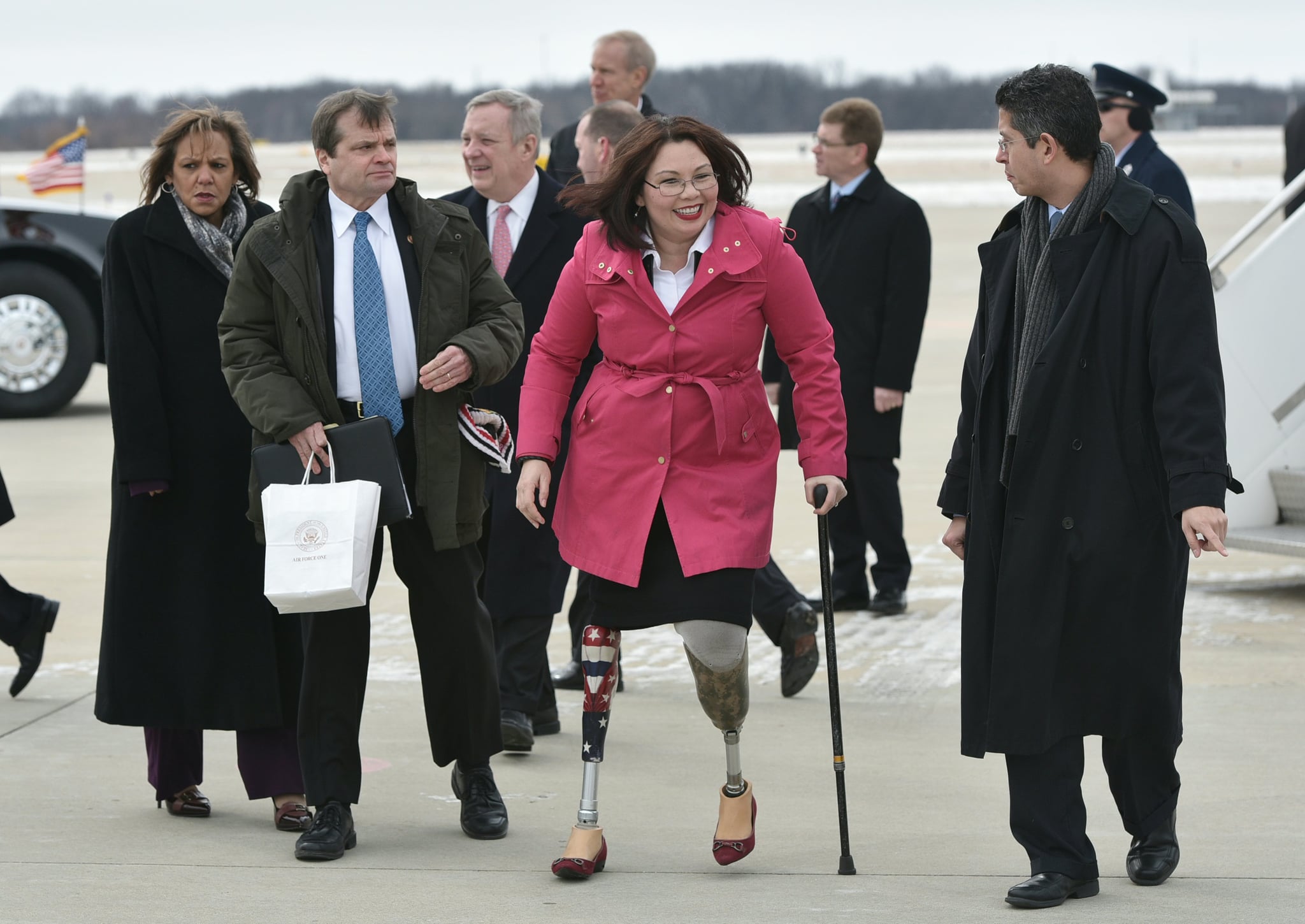 As an experienced veteran who nearly lost her life in Iraq, Sen. Tammy Duckworth might be one of the members of the Senate best equipped to analyze Donald Trump's military transgender ban. And the Democrat from Illinois did just that in a sharply worded message shared on Twitter on Aug. 24.

Related:
The White House Takes the Next Step in Trump's Military Ban — Here's What It Means

In the note, Duckworth recalled the near-fatal injuries she suffered in Baghdad in 2004 when a grenade hit the helicopter she was copiloting. "When I was bleeding to death in my Black Hawk, I didn't care if the troops saving me were gay, straight, transgender, black, white or brown," she wrote.

When I was bleeding to death in my Black Hawk, I didn’t care if the troops saving me were gay, straight, transgender, black, white or brown pic.twitter.com/FTzjHpZuuH

Duckworth moved beyond her personal experiences to add further criticism on the policy in a pair of tweets following her statement. In those missives, she called the proposed ban both "discriminatory" and "disruptive."

The ban on transgender servicemembers isn't just discriminatory, it's disruptive to our military&counterproductive to our nat'l security

If Pres Trump enacts this ban, then those in Congress who oppose this discrimination must pass legislation to prevent it from taking effect

Duckworth has vocally opposed many of Trump's policies in recent months. In April, Duckworth used her first speech on the Senate floor to take on Trump's proposed border wall, referring to leaders who think it's "better to hide behind walls than to help lead with strength," and pointing out the power of immigrants to shape our country. And earlier in August, Duckworth criticized Trump's approach to North Korea during an appearance on Late Night With Seth Meyers. On the show, she also described Trump's tweet proposing the transgender ban as "foolish."

Summer Olympics 2021
Olympic Athlete Tom Daley Has a Whole Instagram Devoted to His Crochet Designs, and We're Diving Right in
by Sarah Wasilak 1 day ago