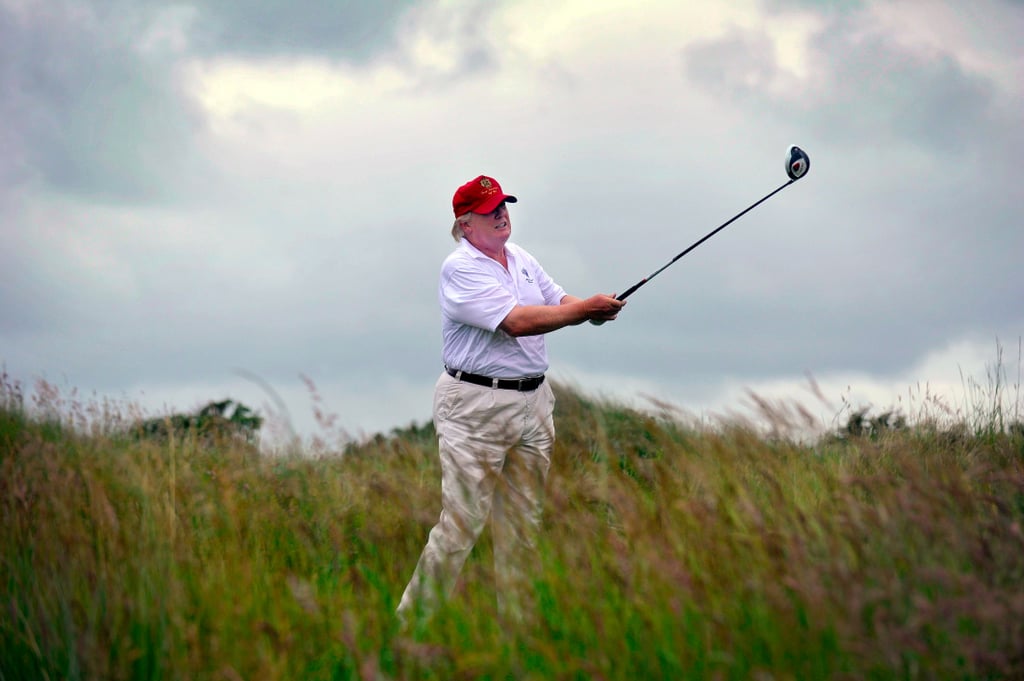 As of Sept. 1, President Donald Trump has been in office for 223 days. Here's the thing, though: since taking office, Trump has also taken a whopping 53 "leisure" days — and yes, that's just a nice way of saying vacation.

For context; former President Barack Obama took a full 38 fewer days off between September and August of 2009 — his first year in office — adding up to a more reasonable 15 days off. And we can't forget that we're only two-thirds of the way through 2017. With a ton of holiday weekends coming up that we're sure Trump will take full advantage of — despite having already decimated the Secret Service budget with his outlandish jet-setting — we can only expect the already high number to grow exponentially over the coming weeks and months.

But while comparing presidents to their predecessors might be a helpful benchmark, it doesn't help make the numbers any more real. So POPSUGAR partnered with FormSwift to crunch the numbers on how long you would have to work essential American jobs in order to earn the amount of vacations days that the president has taken to date — and the results were downright stunning.

Ahead, check out how vacation time accrued for five crucial roles stacks up against the highest office in the country, and be prepared to pick your jaw up off the floor after reading.

black lives matter
A Man Started Singing "Lean on Me" Outside the White House, and Protesters Joined In
by Karenna Meredith 2 days ago

Politics
Educate Yourself: 13 Podcast Episodes About Black Life in America to Download Right Now
by Lisa Peterson 2 days ago