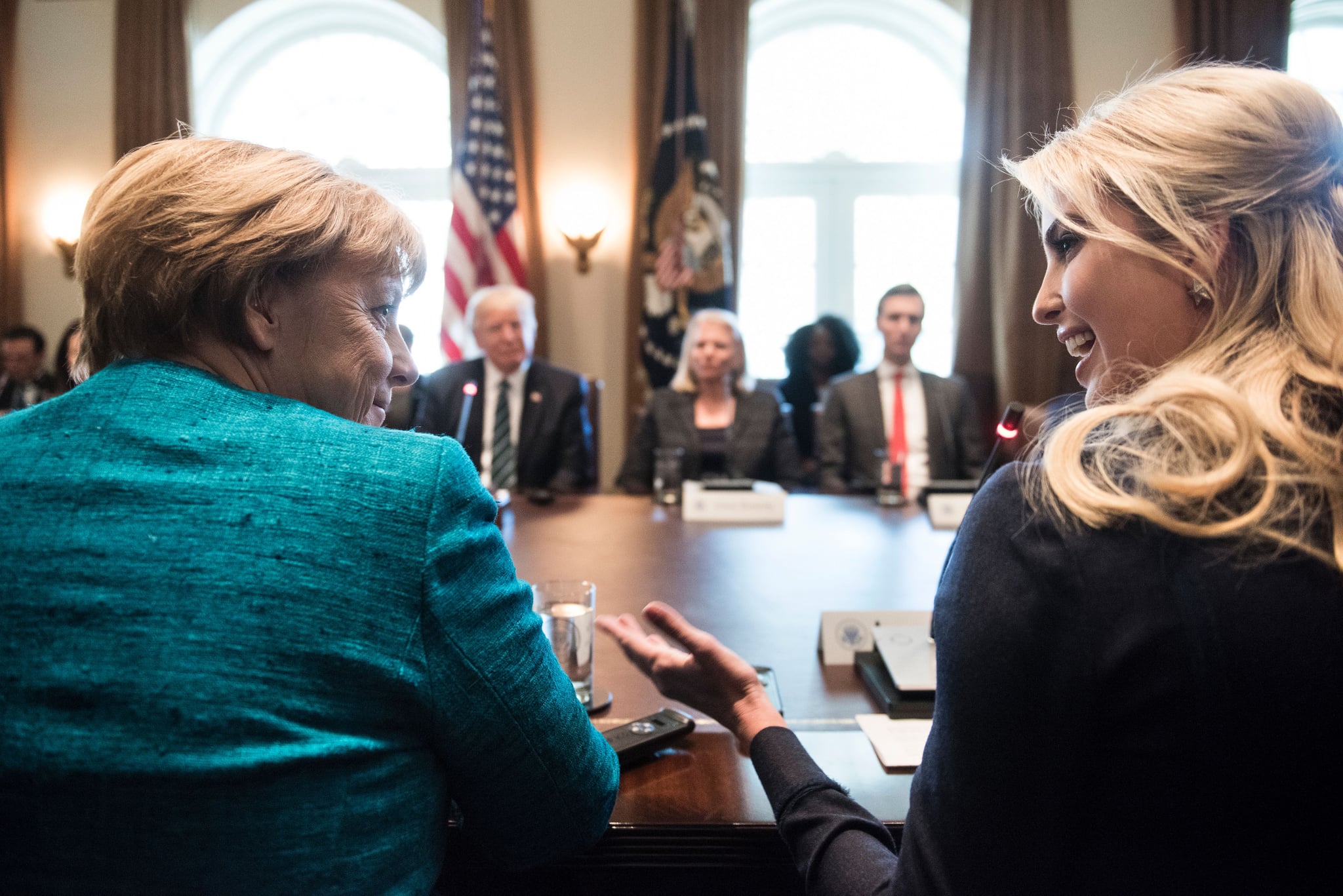 "She doesn't even go here!" is probably what some people are thinking after seeing the now viral photo of Ivanka Trump sitting side by side with German Chancellor Angela Merkel during a recent summit at the White House. The 35-year-old businesswoman and former reality TV personality tweeted that she was "honored" to join her father and the chancellor among others "in a robust discussion" about workforce development.

That didn't stop many people on the internet from commenting on how out of place the first daughter looked at the table with such established world leaders — and how it reflected her questionable role in the White House. "There is no earthly reason why Ivanka Trump belongs in a meeting with a foreign leader, let alone seated immediately beside them," Matt McDermott, a senior analyst at Whitman Insight Strategies, tweeted.

Read on to see what else the internet had to say about the photo, including a few hilarious memes that came out of it.

Related:
Why People Are Outraged by Ivanka Trump's Insensitive Tweet

There is no earthly reason why Ivanka Trump belongs in a meeting with a foreign leader, let alone seated immediately beside them.

Why is this perfume saleslady sitting next to the Leader of the Free World and pretending to be important? #Trump #Ivanka #Germany #Merkel pic.twitter.com/isbIpUxBW6

The key relation btw #Germany & #USA is a serious matter. It shall not be family business. I disagree with #Ivanka #Trump presence. #Merkel pic.twitter.com/HcqRBYSl05

"do u watch 60 minutes"
"no we do not get it in germany but i hear they cover very importan..."
"u can buy this bangle i wore on 60 minutes" pic.twitter.com/3khVE314Tt

Ivanka at meeting with German Chancellor. Why? pic.twitter.com/83z38oT5XJ