The last thing I expected when I went on vacation this Fall was that I'd end up dropping everything to help Syrian refugees. But I did, and my life will never be quite the same because of it. 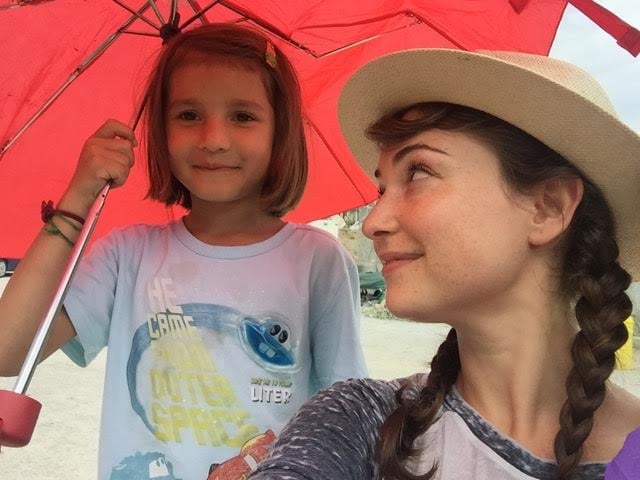 Here's the backstory: My dad lives in Moscow. It had been about about two years since we'd seen each other, so we plotted a trip. "Greece!" I thought. "It's beautiful, it's got history, and their financial situation might mean luxury on the cheap".

When we arrived in Crete, I was embarrassed to admit how little I knew about the refugees landing on Greece's shores or that so many of them were arriving from Syria. People might know I'm an actor — yes, that's me in those AT&T commercials — but few people know that I, myself, am a refugee. My family fled the Soviet Union because of hostile circumstances for Jews in the late '80s. I was too young to remember details of the yearlong journey, but my parents have told me stories about the poverty and constant uncertainty they faced before we were lucky enough to settle in Los Angeles.

The images of the refugee crisis I saw on the news in Greece were disturbing. People drowning as they tried to make their way to a beach, not too far from the one I was sunbathing on. A young mother begging a reporter interviewing her to take her child to Germany. It was hard to sit around and do nothing. I looked for opportunities to volunteer, but when I didn't find anything, I donated some money and tried to enjoy my vacation.

The last stop on our trip was Athens. That's when I began seeing refugees in the flesh, camped out on the streets and in parks. I learned about a group of young people transforming abandoned buildings into places for refugees to sleep and went to one of their meetings. That's where I met people who had been to Lesbos — the island closest to Turkey — which was accepting thousands of refugees by boat every day. It was only an hour away by plane. Instead of going back home to LA, I abruptly made the decision to change my ticket and head to Lesbos as we were checking out of the hotel. I told my dad a white lie — that I was joining some friends who were making a news documentary about the crisis — and spent one more night in Athens. I headed to Lesbos with a friend I'd made at the meeting: Aimen. He was a Brit who had been visiting a friend in Athens when, like me, he decided he had to pitch in. Aimen was a godsend; he knew how to drive a manual car, spoke Arabic, and was a damn joy to be around.

In Lesbos, we met a nurse who directed us to a nearby beach where we'd be useful. For the first few hours there, we didn't see any boats come in at all, just the shoreline of a beautiful vacation destination. The only sign of the influx of refugees was the sand, covered in bright orange abandoned life jackets, like poppies. As we got closer, I saw bottles of medicine, broken shoes, baby diapers — essentials that people abandoned before their long trek ahead. We met some volunteers from Germany and Switzerland holding binoculars. They said they spotted a little orange dot, a raft overpacked with people in life jackets, and as soon as they got close enough to predict where they might land, we'd run down the hillside to greet them.

I'd never seen anything like it. As we rushed to the shore, people stepped off the rafts, some in tears, some celebrating. They passed their children off the boat to volunteers before jumping into the water themselves. Some people collapsed as they got off the boat because their legs had gone numb from spending an hour with 50 people on a raft only meant to carry a dozen. On the shore, volunteer doctors checked the babies' temperatures and dried them off. I tried to contain my shock and concern, focusing on greeting people with a smile and a warm hug. 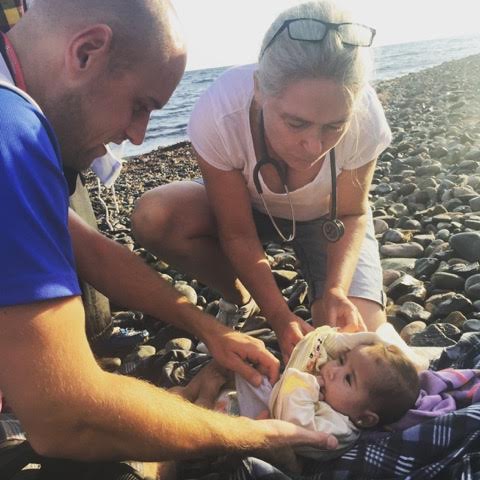 For the next few days, Aimen and I helped transport injured people or those with children to a rest area a few miles away, set up by a Dutch volunteer organization. We tied a makeshift canopy to some trees and gave food and dry clothes to soaked people exhausted from their journey. There, they would wait for buses to take them to refugee camps where they could register and wait for a ferry ticket to continue their journey through Europe. 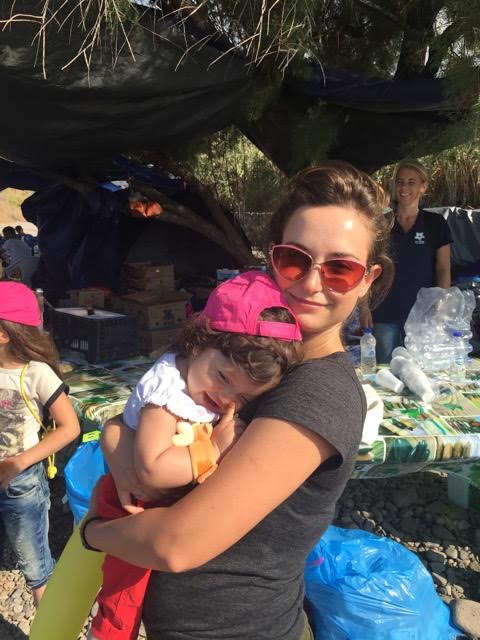 These refugees are coming from a place where their homes were bombed, their friends and family members were killed, and their futures were completely dismantled. Many of them walked from Syria to Turkey and paid smugglers about $1,500 each to put them on dangerous rafts across the sea. Before that, they heard treacherous stories of people drowning on their way, but they were forced to take the gamble. As Warsan Shire, a 27-year-old Somali-British poet writes: "you have to understand/no one puts their children in a boat /unless the water is safer than the land." It's very easy to paint the word "refugees" with a broad stoke, as so many politicians have lately, or dismiss their plight as another world disaster we have no control over. But when you meet them, laugh with them, hold their kids, and hear about their pasts or dreams for a future, it's a lot harder to. I know the people we helped were just a few of the millions making that dangerous trip. A drop in the bucket. But, the classic Margaret Mead quote kept running through my head: "Never underestimate the power of a small group of committed people to change the world. In fact, it is the only thing that ever has."

When I got home, I kept thinking about the people kissing the ground as they stepped off the rafts. It made so many of my problems seem trivial. (It was kind of hard to do my regular stand-up set about the burdens of leaky burritos.) A lot of my giant-hearted friends asked for ways they could help, so I put together Cantdonothing.org, a site linking to hands-on organizations and dependable ways to share your time, money, or voice. I also made a documentary about my experience. I learned a lot in Greece. One of the biggest lessons was that everyone has something powerful and important to contribute — something that can make the world a little (or a lot) better.